The famous first Star Wars theatrical artwork poster, which more specifically is referred to as the Star Wars “Style A” poster, has become an icon known the world over. 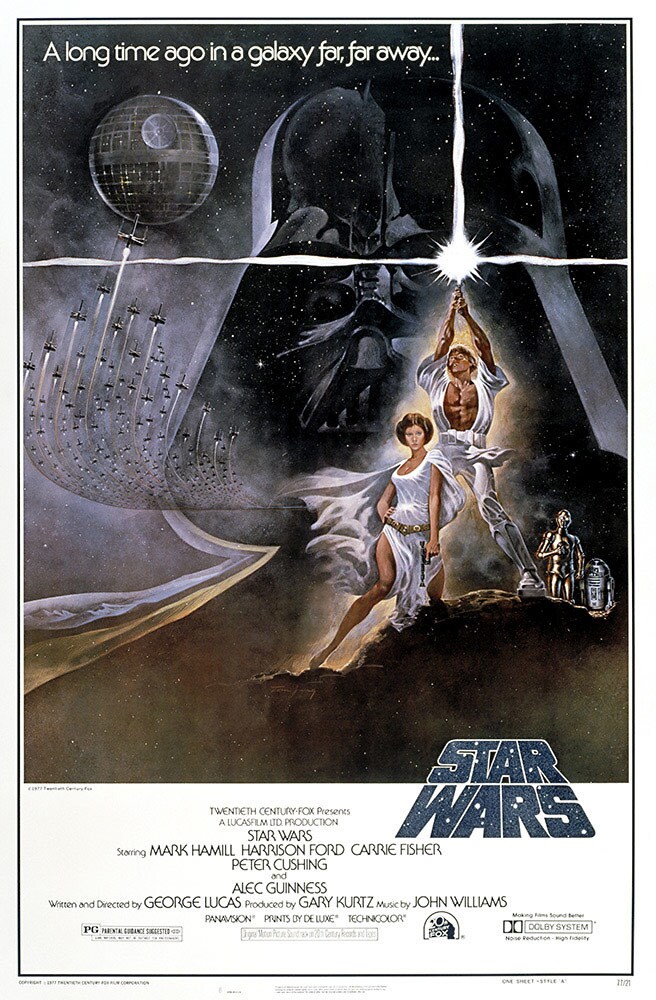 Designed and painted by Tom Jung in 1977, the Style A poster hides many secrets and little-known facts within its composition, each with its own unique story to tell. Here are seven things you may not have known -- or noticed -- about this poster: 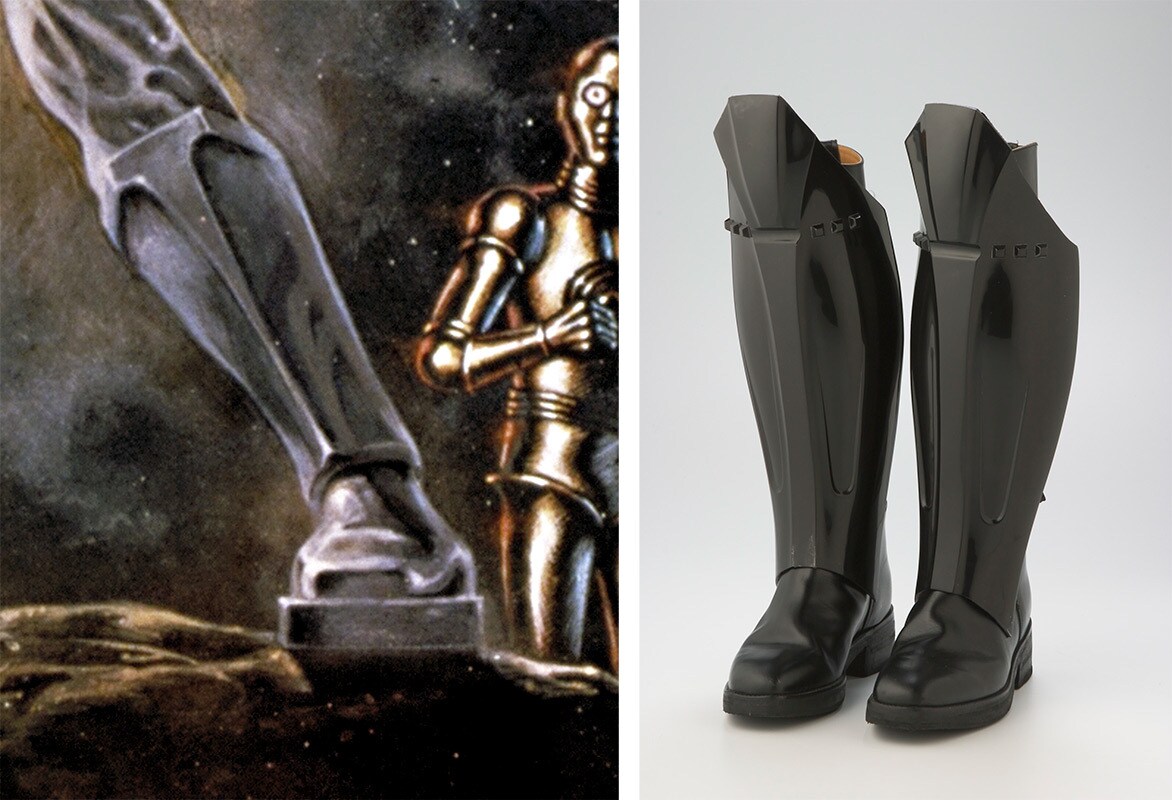 Or more specifically, he's wearing his shin guards. With the exception of the extension over the knee, the boots depicted in the poster are a pretty close match to the design of Vader’s, albeit in white. 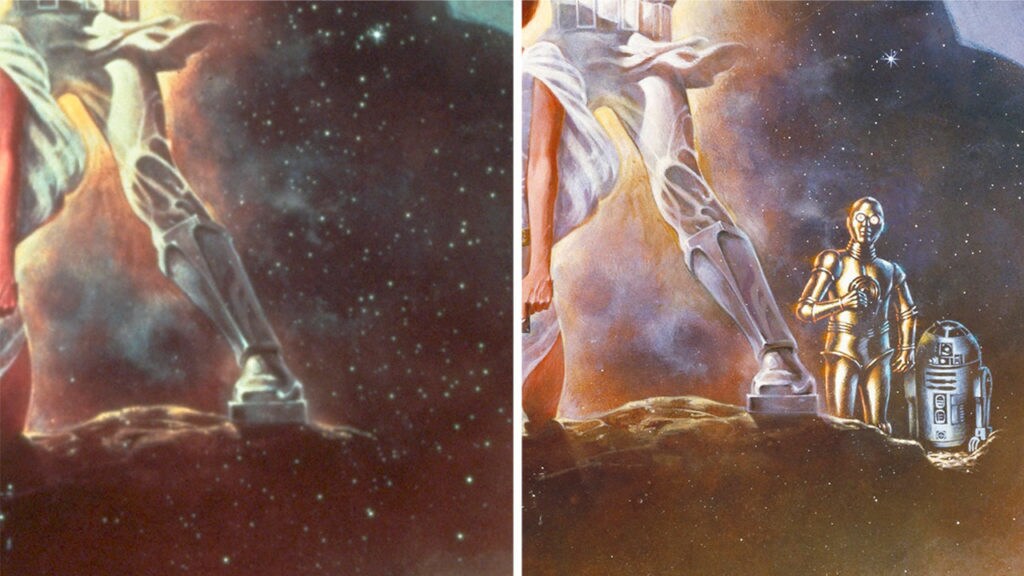 2. The droids were added later.

And by a different artist! While the lovable protocol droid and astromech duo has become a fixture on nearly every major Star Wars ad graphic to date, their inclusion on the famous Style A artwork was essentially an afterthought. In a strange twist, the droids were only added after a second, more fanciful version of the Jung composition was completed by the Hildebrandt Brothers, who included it in their version for newspaper ads. When the marketers at 20th Century Fox decided they wanted the droids included on Jung’s poster version as well, the artist was not immediately available. As a result, Nick Cardy, who’s famous for his ‘60s comic book covers of Aquaman and Teen Titans, stepped in to add the droids before the poster went to press. 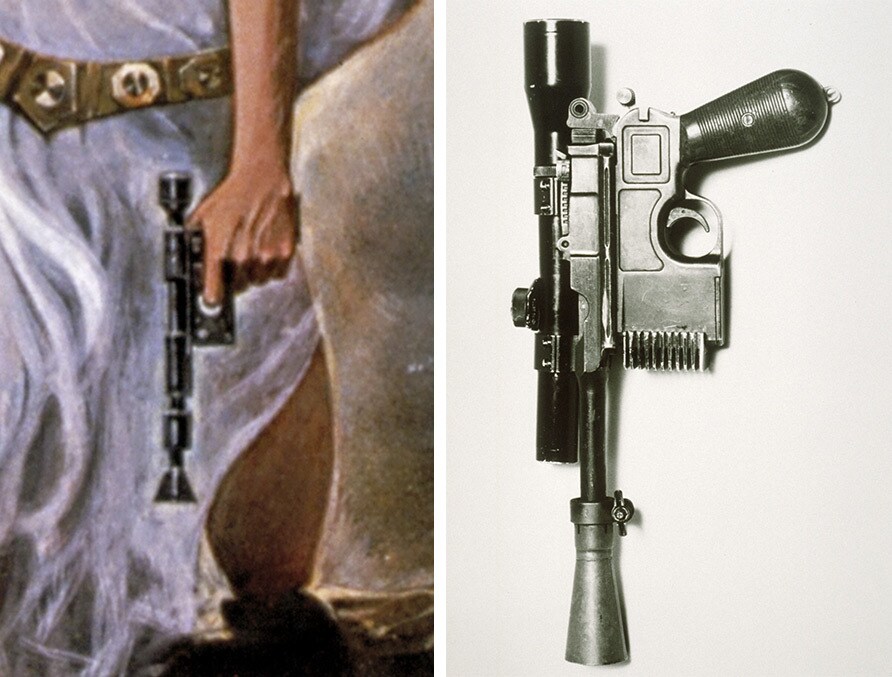 The blaster depicted in the poster artwork more closely resembles the DL-44 carried by Han Solo in A New Hope than the long-barreled Defender-sporting blaster we see her with at the beginning of the film. 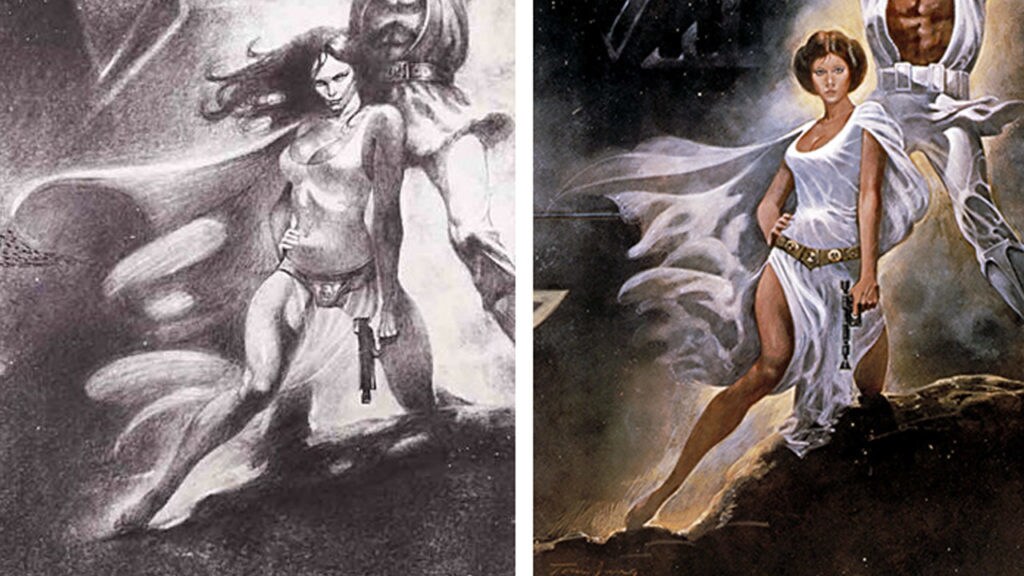 While Leia appears to be wearing an outfit that more closely resembles the costume she dons during the last few minutes of the movie, she’s actually more covered up than originally envisioned by the artist. In early concept sketches, Jung modeled Leia in the style of fantasy artist Frank Frazetta, who’s probably best known for his Mars and Conan series novel covers (and who was also greatly admired by George Lucas). 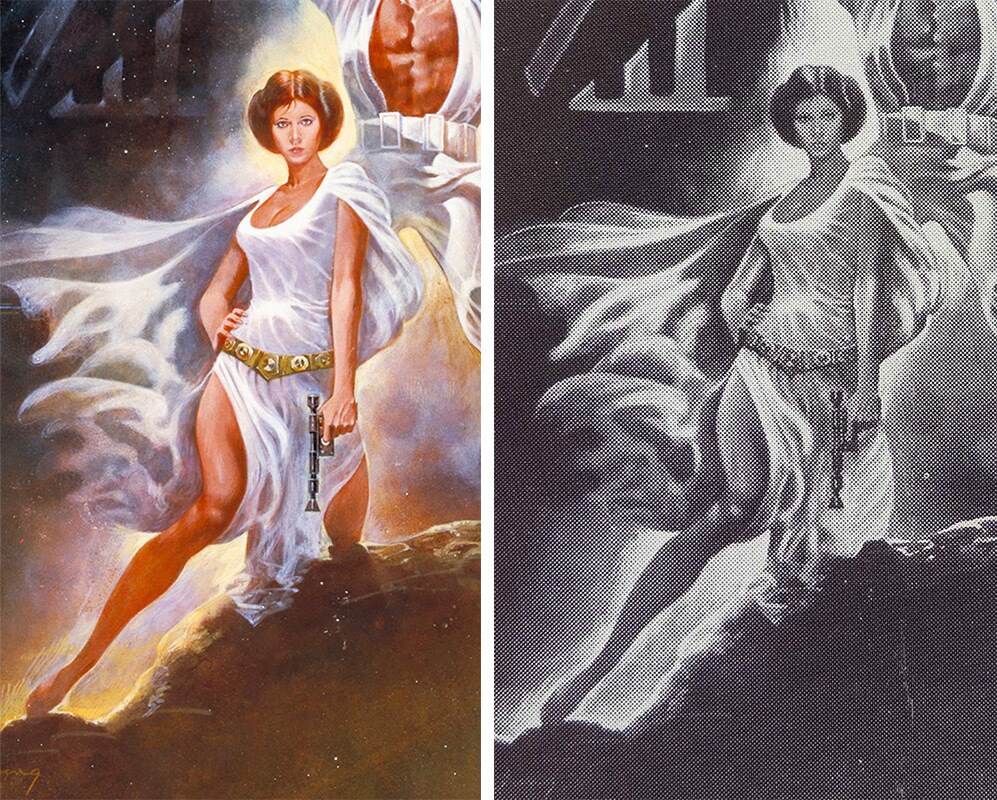 For unknown reasons, Leia’s left leg was hidden behind the drapes of her gown when Jung’s poster artwork began running in newspaper ads in late August 1977. 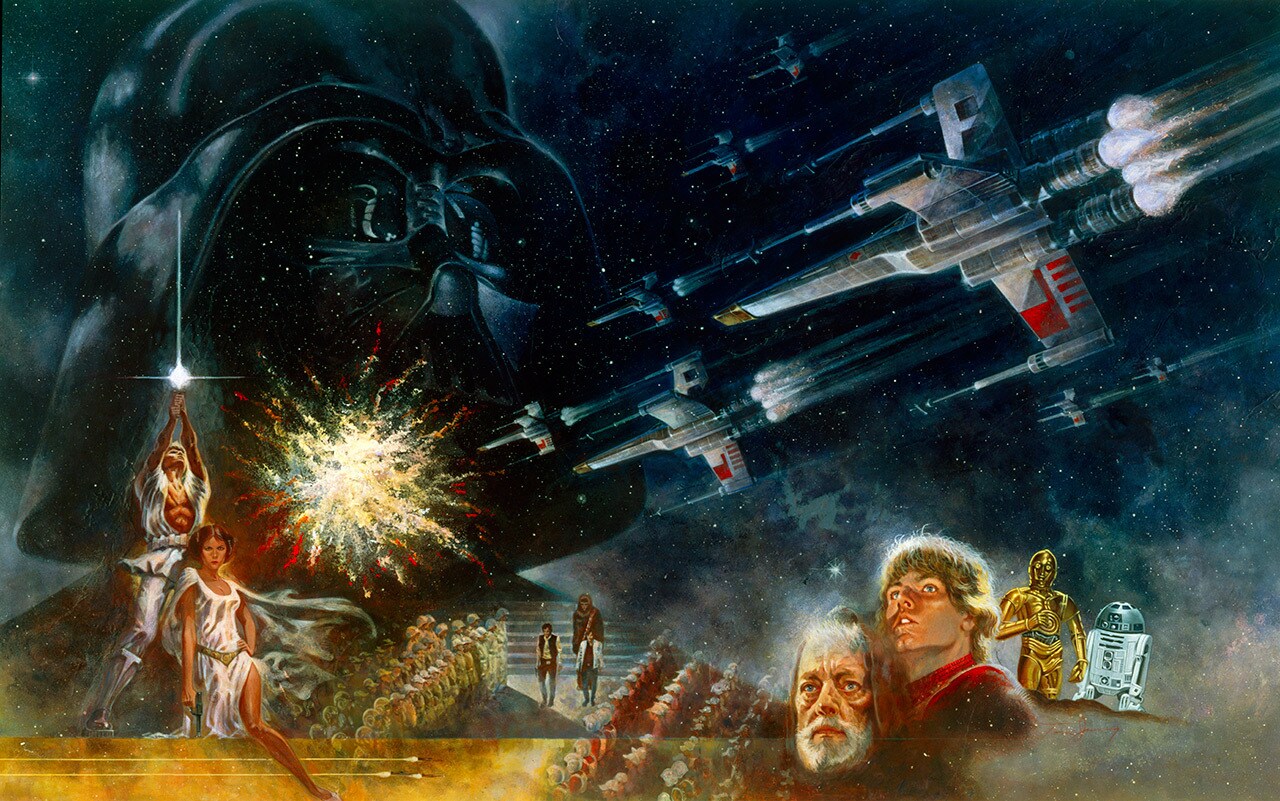 Although there are some conflicting reports, according to the artist, the famous Luke/Leia triangular pose was actually conceived for a different piece of artwork, one that was ultimately used for the film’s program book and half-sheet poster. The marketers at Fox liked the look of Leia and Luke with raised saber, and asked Jung to incorporate it in the main one-sheet poster design.

The Style A poster may have actually been a no-show on opening day. Considering the timeline suggested by the addition of the droids described above and the photographic record of the day, it seems very likely that the famous Jung artwork poster was not available for the May 25 release. In fact, the earliest published photo of the poster itself to come to light in the Lucasfilm Archives is from July 27, over two months after the release on May 25 (not to be confused with the Hildebrandt version of the artwork, which was used for early newspaper ads and retail posters).

Quiz: Are You More Han or Leia?