There are many things to learn from the Ghost's resident astromech. (And he'd probably agree.)

I want to be like Chopper. Yes. That’s right. I want to be like the uncooperative astromech droid from Star Wars Rebels. Why might I want to be more like an absolute menace and a top-tier prankster? I'm glad you asked! When he's not removing the bolts from your bed or tripping you for a laugh, he's saving your hide and telling you exactly how he feels. In other words, his admirable qualities outshine his cantankerous ways. Here are six reasons why we all need to be more like Chopper. 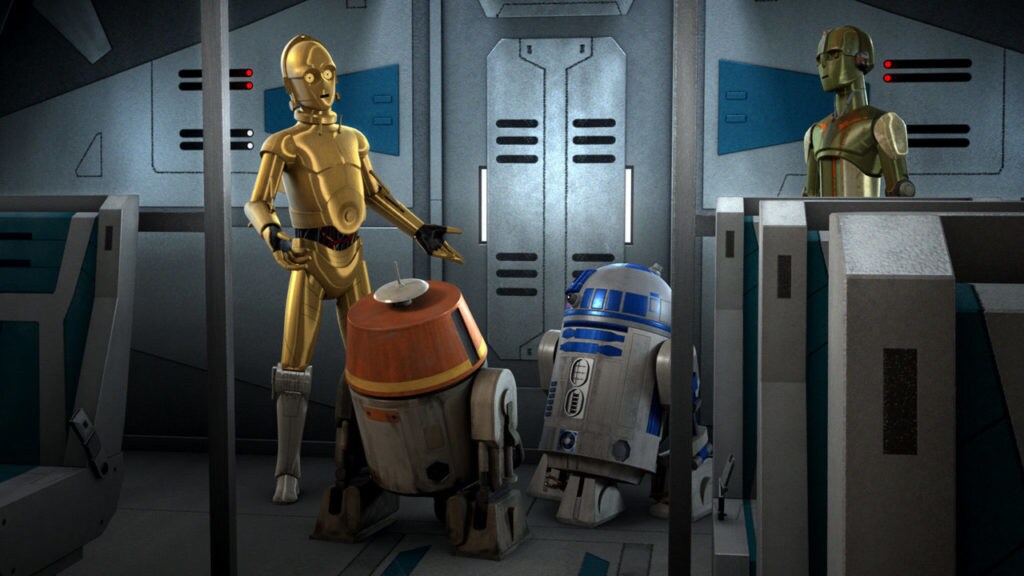 If Chopper doesn't like you, you'll know it. Whether he's whacking you upside the head with one of his retractable arms or muttering a snide remark about you under his breath, he makes it crystal clear where he stands. I'm not saying it's acceptable to push someone off the side of a ship or repeatedly shock your friend, but he's unapologetic about his feelings and that in itself is liberating. I wish I had at least a shred of his confidence. Don’t you? 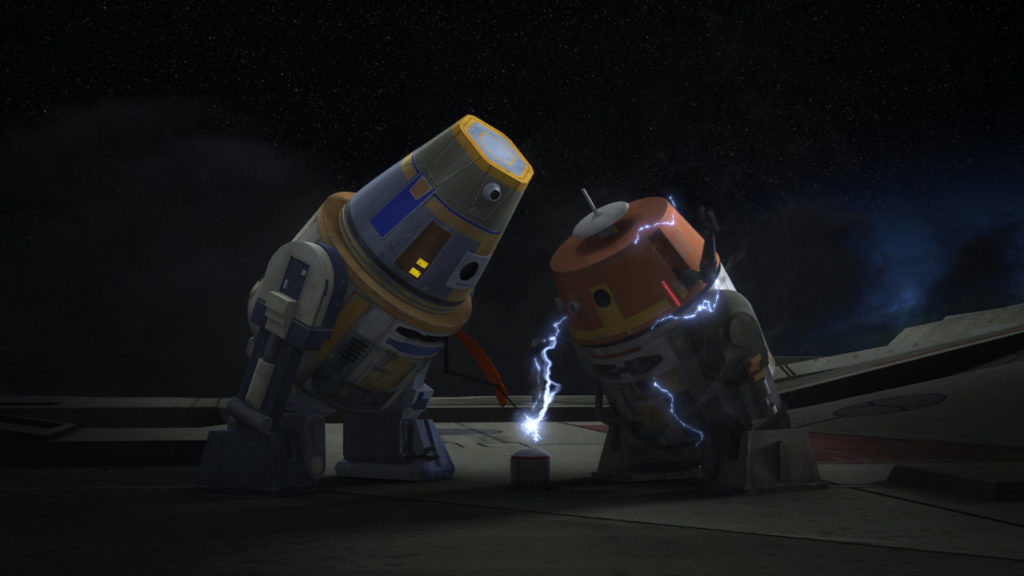 In "Iron Squadron" from Season Three, Chopper gets into a fight with another mechanic droid that serves the Iron Squadron crew. He's so appalled by the ship's poor condition that he tries to physically push the other droid aside and take control. (They eventually end up working together.) Chopper’s antagonistic, for sure, but there’s something to be said about his ability to get the job done. He even manages to get Iron Squadron’s busted hyperdrive up and running, but only for a few seconds. So while he complains, and can seem lazy at times, he's actually about as reliable as astromechs come. 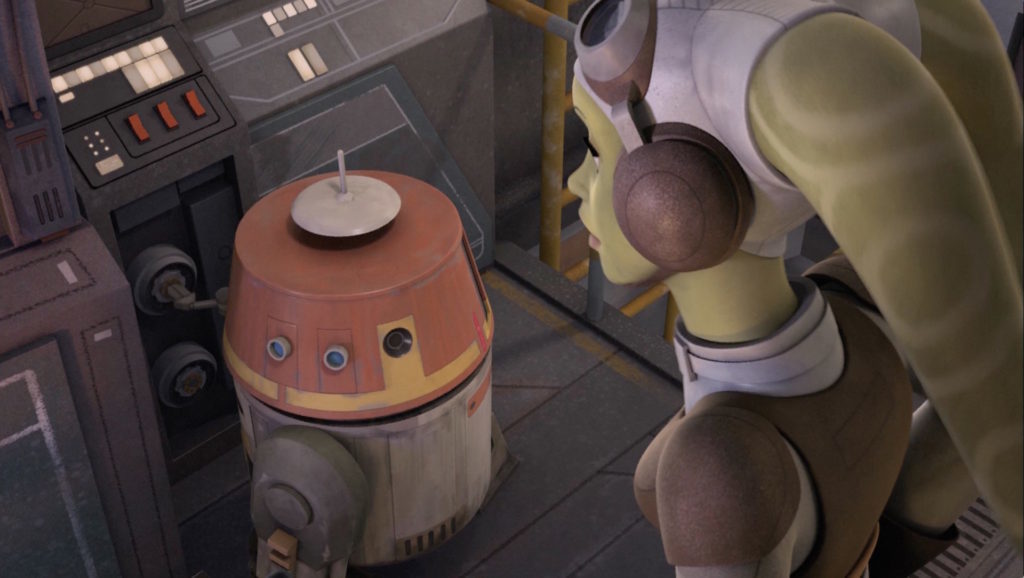 I'm not a rule breaker by nature, so I think it takes a lot of guts to stand up for yourself and challenge authority. More often than not, the surly droid whines and talks back in response to specific commands. He might not follow Hera’s order to the T, but he gets the job done in his own way. He also understands the importance of exercising his free will. If anything, he certainly doesn't take it for granted. 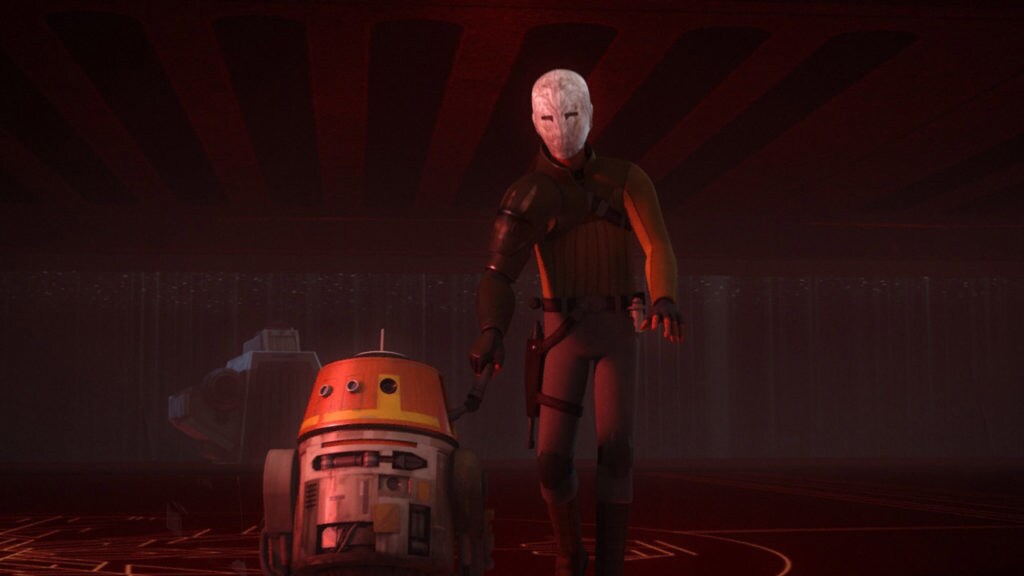 In the final episode of Season Two, "Twilight of the Apprentice," Chopper leads a newly blinded Kanan to Ezra, who's confronting Darth Vader atop a Sith Temple. When the wounded Jedi instructs Chopper to get the Phantom, the droid does so without a single complaint. Though Chopper loves to put his crew mates through the ringer, he knows how to be a good friend. At the end of the day, he really does love his crew. 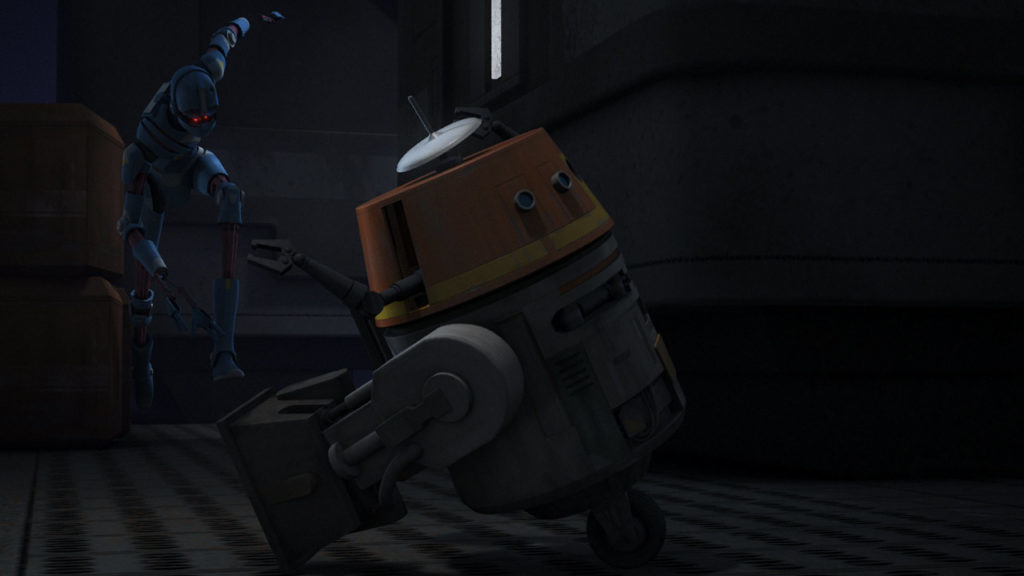 Whenever it's up to Chopper to create a diversion, I always end up laughing uncontrollably. What can I say? The old clunker has a lot of spirit. When Chop gets an Imperial infiltrator droid to chase him in Season Three's "Warhead," the sound of his rickety wheels had me howling. Though Chopper's an outdated droid, a mishmash of parts, really, he's still brave and capable. Whether he's flying at his enemies with guns blazing or whizzing away from a dangerous droid, he gets the job done either way. 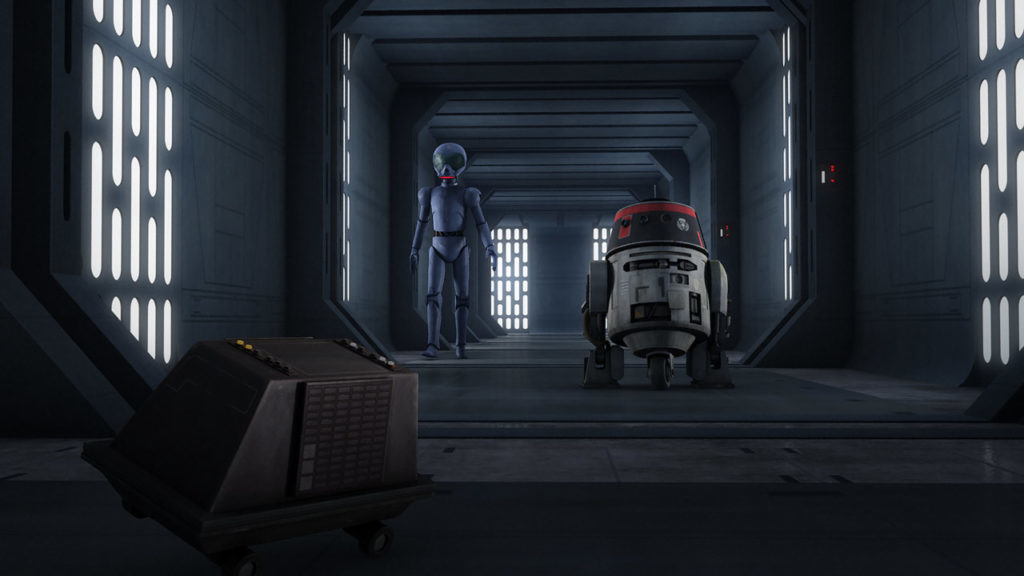 In "Secret Agent Droid," Chopper and AP-5 get into an argument about who’s the better droid. Though Chop’s an older model, he doesn’t consider himself obsolete. The grumpy astromech droid is just as capable as the snooty analyst droid. I like that Chopper knows his worth, and is willing to be his own advocate when necessary. It’s important to fight for yourself sometimes.

Ashley Barry currently writes for a division of USA Today. She has also written for The Mary Sue, Paste Magazine, ZAM, Kill Screen, and more.