6 of the Best Imperial Officers

Meet the Empire's leaders that we love to hate.

We all know the exploits of the good guys in a galaxy far, far away. Luke, Han, Leia, Rey -- there's no shortage of tales detailing their heroism and valor. But what good is a protagonist without a bunch of bad guys to give them something to fight for? In Rogue One, we saw what rebel heroism looks like without the help of the Force; in that spirit, let's not forget that plenty of villains also served their cause without the aid of a mystical superpower. Here's a look at seven Imperial officers who fought those rebel scum as they tried to maintain their stranglehold over the galaxy.

There's no way to talk about Imperial officers without listing Wilhuff Tarkin at the very top of the list. Since his first appearance in A New Hope, Tarkin has been the measuring stick for all Imperials to follow. As commander of the first Death Star, he proved to be the perfect blend of ruthless, calculating, and arrogant, and it's the combination of those qualities that led to both his rise and his downfall. Unfortunately, he shared the fate of the first Death Star, but we've luckily seen more of him in The Clone Wars, Rebels, his own novel, Tarkin (which delivers thoughtful complexity to Tarkin's character while exploring his unique relationship to Darth Vader and Emperor Palpatine), and Rogue One. No Imperial lacking in the Force has made more of a mark on the Star Wars universe -- and no one, according to Princess Leia, has such a recognizable, foul stench. 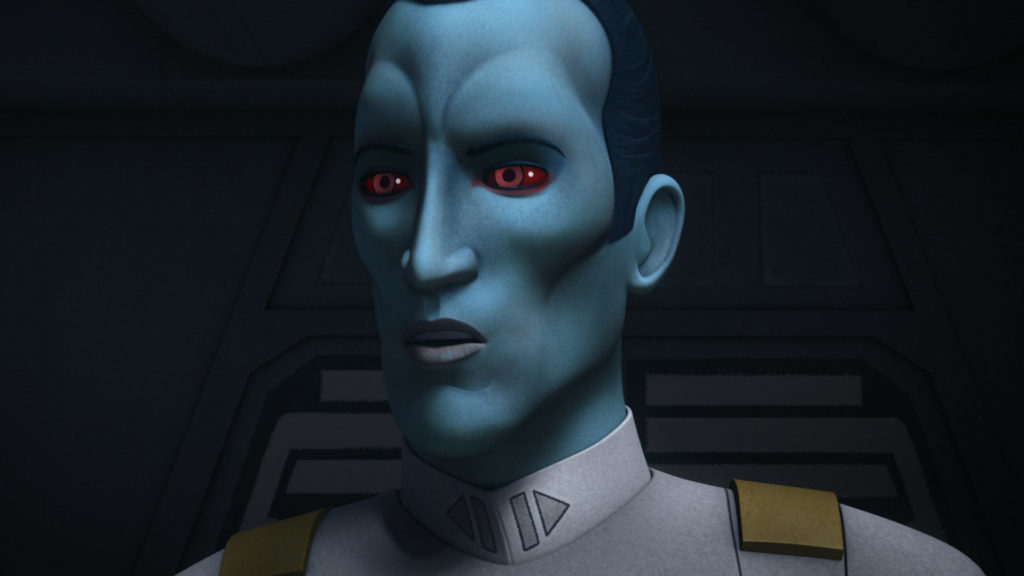 If there's one Imperial who can give Tarkin a run for his money as best/worst Imperial, it's Thrawn. He made his debut in Timothy Zahn's landmark Legends novel, Heir to the Empire, and over the course of two more novels (known as the Thrawn trilogy), he brought the Rebellion's efforts to achieve peace to the very brink of failure. The blue-skinned Chiss was known for his love of art and strategy, and he used the latter to deconstruct his enemies. His first (re)appearance came in this season's Star Wars Rebels, and fans have been comforted to know that he still loves art, and he's still a master strategist. A new canon novel from Zahn, simply titled Thrawn, is slated to release in April of this year. 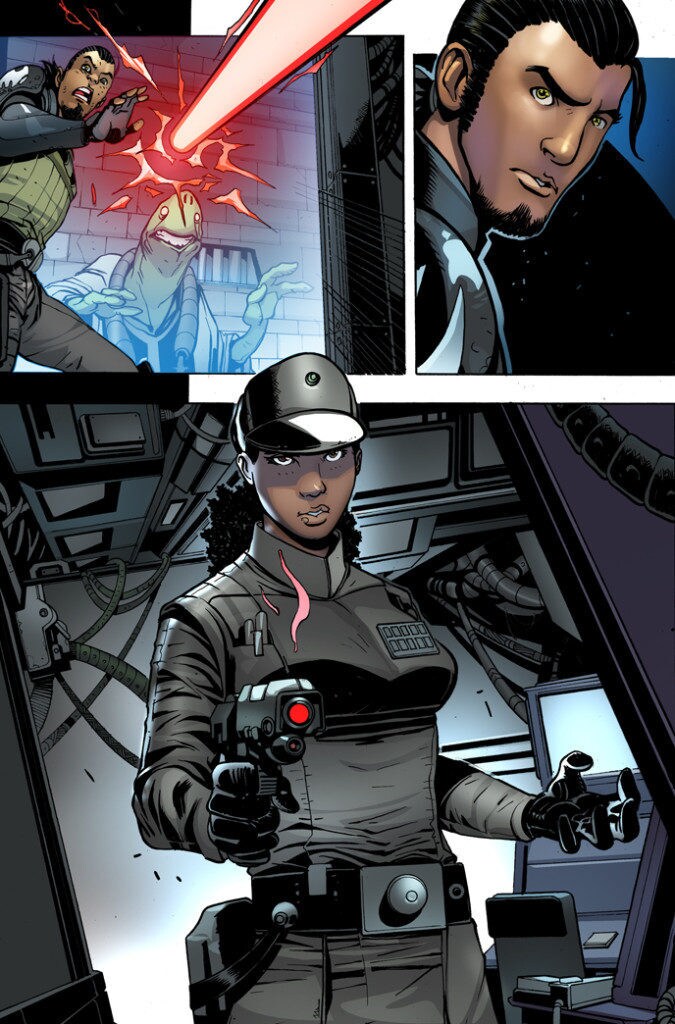 Talk about being the last one around to turn out the lights. After the Battle of Endor, Admiral Rae Sloane controlled the only remaining Super Star Destroyer, and she did her best to rally the remaining Imperial forces, but to little avail. As seen in Chuck Wendig's Aftermath and Aftermath: Life Debt, Sloane has since used her training and determination to keep the Imperial military from extinction, but her struggle hasn't been easy. Prior to that, Sloane opposed Kanan and Hera in John Jackson Miller's fantastic novel A New Dawn (which chronicles Kanan and Hera's early relationship), and she served under both Palpatine and Vader. When it comes to training and loyalty, Sloane is in no short supply in either, which makes her a dangerous foe for anyone who opposes her.

Ruthless? Check. Ambitious? Check. Blinded by both? Hmmm...a pattern amongst these Imperial leaders is beginning to emerge. Regardless, Orson Krennic is an unusual case amongst his peers as, technically, he was not a soldier. Orson was an engineer and an architect. As learned from James Luceno's thrilling novel Catalyst: A Rogue One Story, Orson started his rise to Imperial power as an engineering student and, interestingly enough, a good friend to Jyn's father, Galen Erso. Through his cunning and manipulative ways, Orson weaseled into the good graces of Supreme Chancellor Palpatine via Mas Amedda and, using Galen as a pawn, promised a weapon of massive destruction. Orson rose in the Imperial ranks along with the completion of the Death Star, until his unchecked ambition led to his reckoning on Scarif. 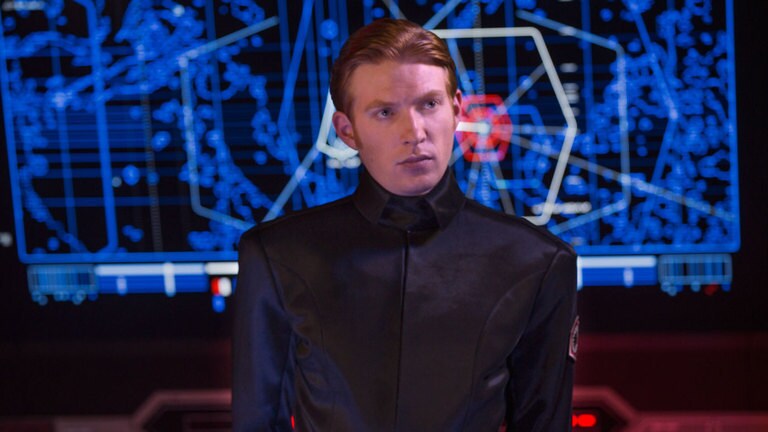 Sure, he's a First Order officer and not an Imperial, but what is the First Order if not Imperials in spirit? Like most of his ilk, Armitage Hux is ruthless and cunning, and like Tarkin before him, he's not afraid to stand up to his Force-wielding counterparts (Tarkin took no guff from Vader, and Hux takes even less from Kylo Ren). As the commander of the Starkiller Base, he outdid any of his Imperial ancestors by wiping out not one measly planet with a superweapon, but an entire system. Unlike Tarkin, though, Hux was smart enough to know when to abandon ship, and he fled Starkiller Base before it erupted. Last we saw him, he was pursuing Kylo Ren, per Snoke's orders, and regrouping the First Order's forces.

Conan Motti doesn't like the Force. Well, at least he doesn't care for Vader's “sorcerer's ways.” He says as much in A New Hope, and comes within an inch of losing his life at the hand of Vader's, well, sorcerer's hand. What's interesting about Motti, though, is he reveals how detached from the Force the galaxy has become since Order 66. Under the Grand Army of the Republic, the Jedi were the galaxy's peacekeepers and, during war, the generals of the entire army. But decades later, with the Jedi extinct, the Force has been relegated to the role of myth, its power nothing in comparison to that of the Death Star. Like many Imperial officers, Motti paid for his arrogance -- his refusal to believe that the rebels could offer a challenge, or that the Death Star had a weakness to exploit, contributed to the lack of preparation and defense that allowed for the Empire's megaweapon to be destroyed with a single shot.

Who are your favorite Imperial officers? Let us know in the comments below!

Michael Moreci is a comics writer and novelist best known for his sci-fi trilogy Roche Limit. He’s also a Star Wars obsessive, who is lucky to spend his time playing Star Wars action figures with his two sons by day and writing Star Wars-inspired stories by night. Follow him on Twitter @MichaelMoreci.