With Star Wars enjoying one of its greatest eras of activity and creativity, it can be easy to forget just how impactful Star Wars: A New Hope was upon release in 1977. From concepts like Jedi and the Force and Wookiees to its visuals and beyond, A New Hope altered the course of filmmaking, culture, and how culture views and celebrates film. As Star Wars turns 40 this week, here are five big ways that A New Hope changed everything. Thanks to George Lucas’ love of cars, auto racing, and by extension, speed, A New Hope would offer starships that were thrilling in a whole new way. The Millennium Falcon, X-wings, TIE fighters, and more of the movie's craft were all fast. They could dive, zig and zag, and spin. They were, essentially, a lot more like fighter jets, pulling inspiration from that interest in speed along with Lucas' appreciation for dogfights from World War II documentaries. As Lucas says in The Making of Star Wars, "one of the key visions I had of the film when I started was of a dogfight in outer space with spaceships -- two ships flying through space shooting at each other. That was my original idea. I said, 'I want to make that movie. I want to see that.'" This was a clear break from old sci-fi -- and the realities of space -- in which ships were big and slow or aimed for scientific accuracy. Star Wars showed that you could bend the rules and still have your story be believable, and in the process, make the action really, really fun. 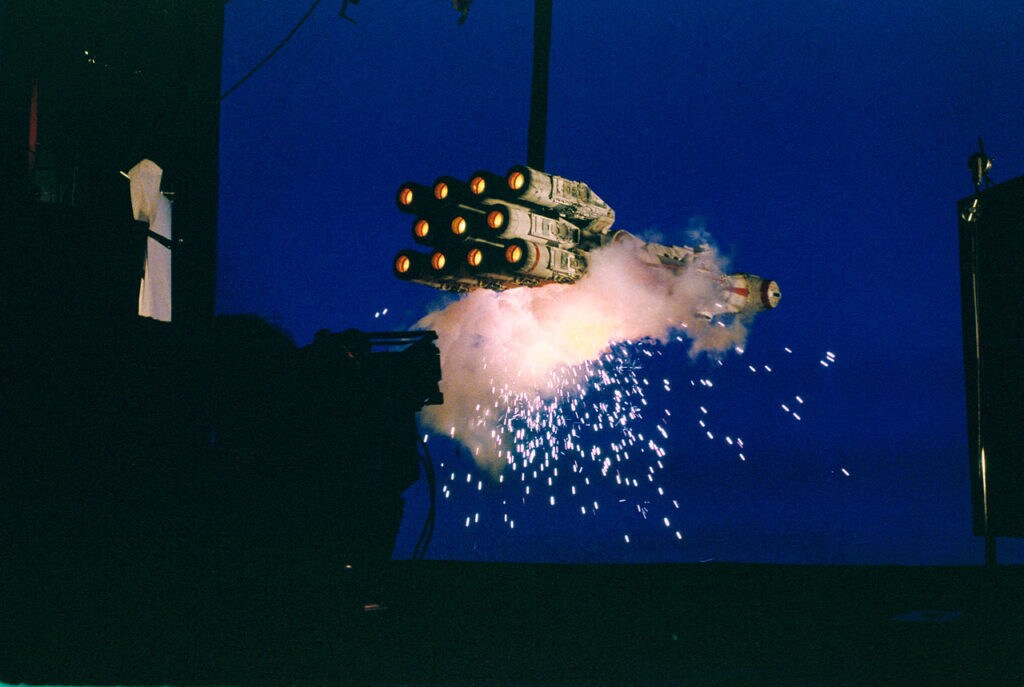 The Dykstraflex -- named for its chief architect, John Dykstra, the original supervisor of Industrial Light & Magic -- was developed specifically for Star Wars: A New Hope. It was a motion-controlled camera system that could be programmed by computer, resulting in a reliable way to craft really dynamic starship maneuvers and create the illusion of stationary models moving quickly. Without the Dykstraflex, A New Hope would not have been what it was, and it wouldn't have shown future filmmakers and audiences that movies still had plenty of magic left to discover. Coupled with this is the gift of ILM to the world, which was founded to support A New Hope and remains one of the most in-demand visual effects studios. 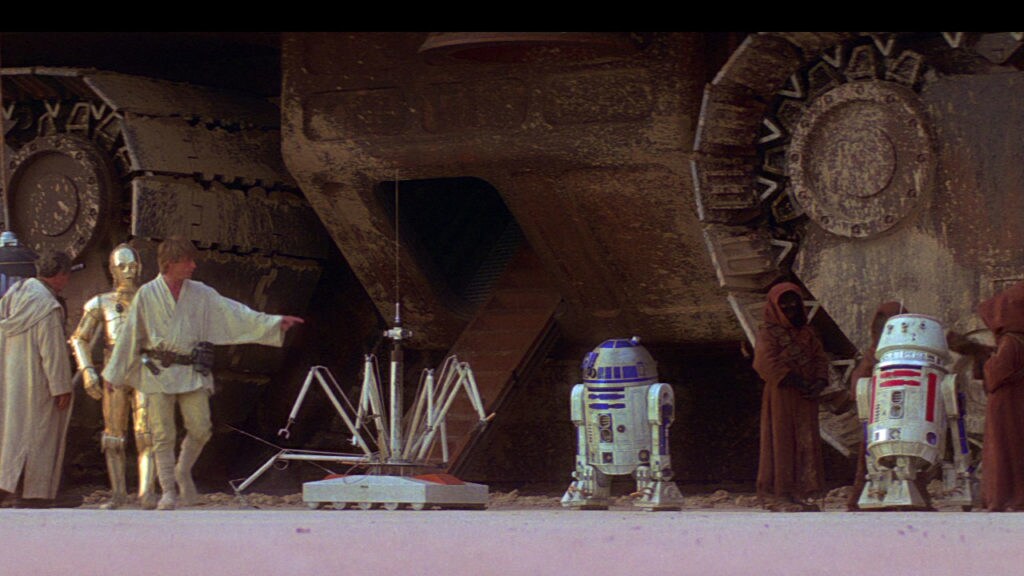 Traditional science-fiction had mostly shown the future, or at least alien worlds, to be clean and bright. UFOs and spaceships glistened, impossibly perfect. Star Wars went, instead, in the opposite direction. Droids broke down. Giant transports had treads covered in grease, dust, and sand. Spaceships were beat-up and dirty. Almost nothing was clean. Almost nothing worked. (Only the Empire, with its oppressive uniformity and streamlined designs, looked anything like the sci-fi of yesterday.) A New Hope was a lot more grounded in our own reality and the reality of Westerns, and audiences responded. The Star Wars aesthetic, and the Star Wars attitude of twisting a genre's aesthetic, proved a major influence still seen today. 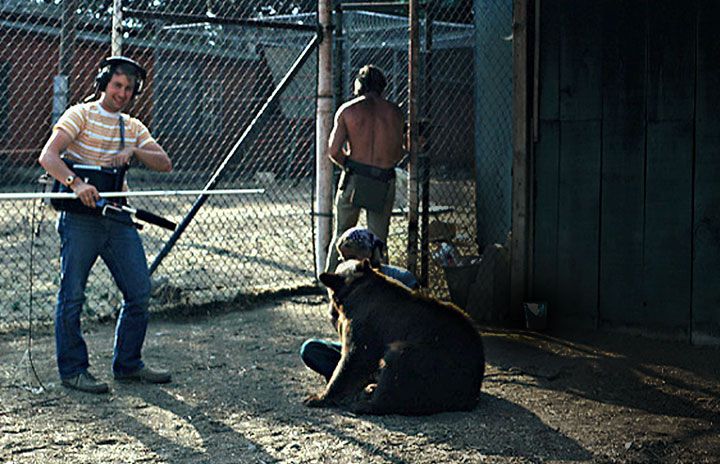 While A New Hope revitalized the effects industry, it also created a new kind of job and art: sound design. Ben Burtt, sound designer on A New Hope, amassed a huge library of sounds for the film, which he sought out and recorded personally. He combined both organic and electronic sounds to build a soundscape like one never heard before: Chewbacca's growls came from, principally, bears, but also walruses and other animals; for blasters, Burtt slammed radio-tower cables and mixed the reverberation with bazookas; the TIE fighter scream was made from an electronically-stretched elephant howl. If audiences had never seen anything like Star Wars, they had never heard anything like it, either. 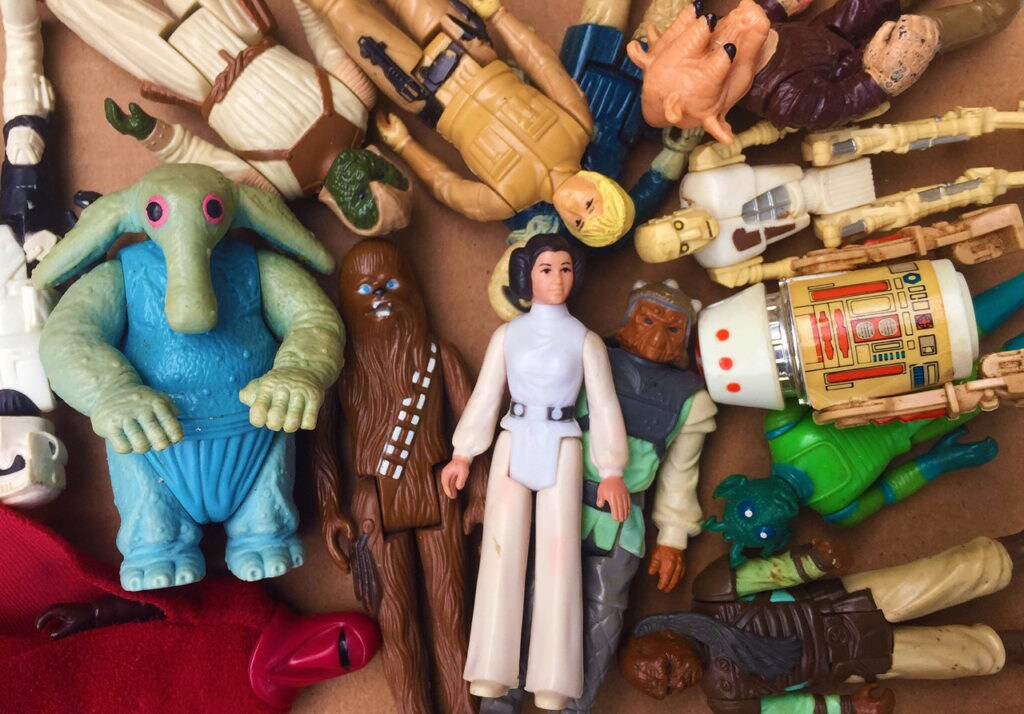 Even though Star Wars was not expected to be the hit it was, George Lucas had the foresight to hold on to his merchandising rights and licensed his film to toymaker Kenner. And when the movie hit big, kids wanted Star Wars toys and they wanted lots of them. All of the main characters, vehicles and ships, and many background characters were produced, and the line was immensely popular. (So popular that Kenner had to sell an infamous "Early Bird Kit" -- essentially, a pre-order for re-stock, which many children would open somewhat disappointingly for Christmas 1977.) Movie merchandising was never the same again. In a recent interview with StarWars.com, Star Wars: The Last Jedi director Rian Johnson discussed that one of the biggest impacts from Star Wars came from "playing with the toys, and just the fact that the movies you made in your head when you were a kid were framed in the world of Star Wars. Now, I'm like, 'Oh, why don't I have any of my old Star Wars toys? And I thought back and remembered, 'Oh, it's 'cause I actually played with them and they all fell apart."

How do you think Star Wars changed things? How did it impact you? Let us know in the comments below!