5 Things You Might Not Know About the Millennium Falcon

A classic hunk of junk -- inspired by hamburgers and made from model tank and Ferrari parts.

Han Solo's ship is one of the most recognizable in the Star Wars universe. Known as the fastest hunk of junk in the galaxy, a bucket of bolts, and the ship that made the Kessel Run in less than 12 parsecs, the Millennium Falcon has a reputation. Han and Chewbacca have made many "special modifications" to the Corellian YT-1300 light freighter over the years to maximize its speed and agility. The ship has pulled Han, Chewie, and their friends out of scrapes on multiple occasions and played a role in destroying both Death Stars.

You've probably heard some behind-the-scenes facts about the Millennium Falcon -- like how the final design was inspired by a partially eaten hamburger -- but here are five things you might not know about the starship. 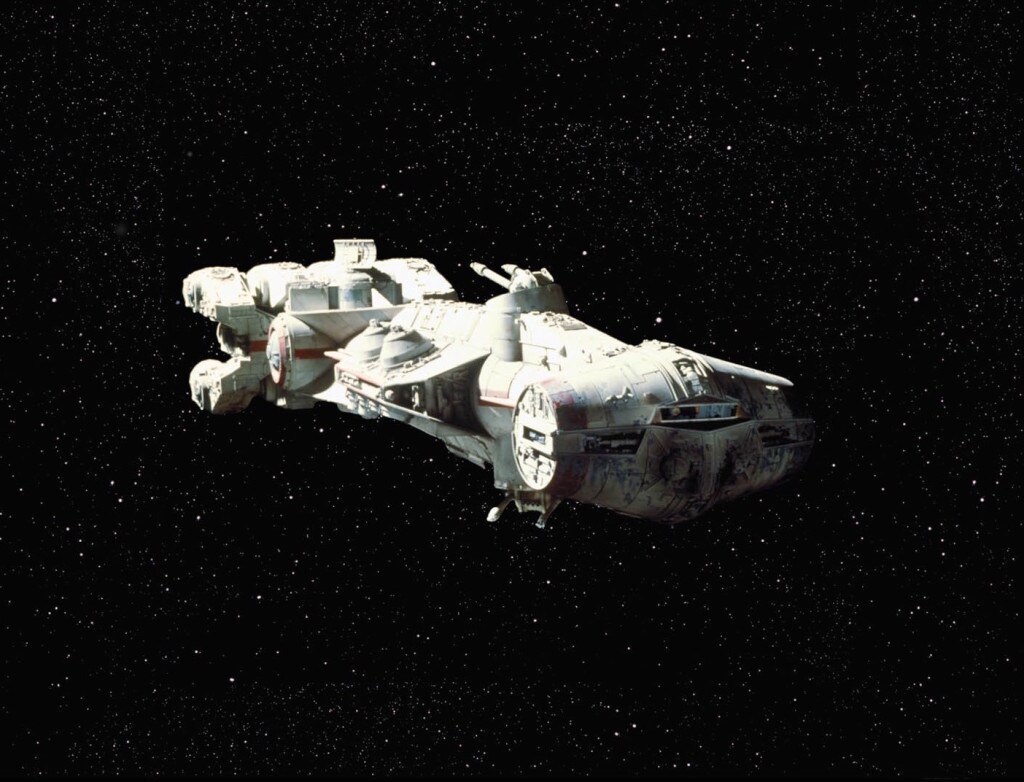 1. The original design wasn't a hamburger

The initial look for the Millennium Falcon was much different. What was planned actually became the prototype for the Tantive IV. After the crew realized that the design looked too similar to the ship from Space: 1999, they had to go back to the drawing board and come up with something else in a hurry. Joe Johnston worked on the redesign, and that's where the hamburger came in. Johnston told Starlog Magazine, "It was the quickest ship we've ever done. The Falcon was designed in one day. We took some components from the blockade runner, like the cockpit, and stuck it on the side of a big dish with some mandibles out in front." 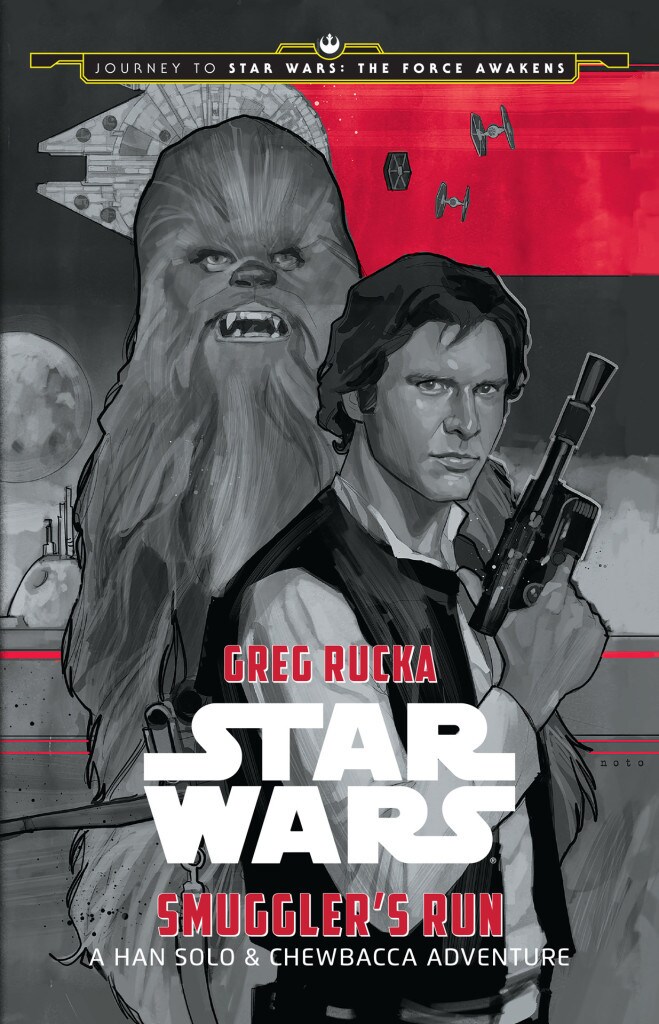 2. The dice are there for a reason

A pair of dice can be seen in the Millennium Falcon's cockpit in A New Hope. They were given a canonical explanation in Greg Rucka's new novel Smuggler's Run: A Han Solo & Chewbacca Adventure. Chewbacca apparently hung the pair of "novelty chance dice" in the cockpit as a joke years ago. I like picturing Chewie wandering through a souvenir shop and picking them out. 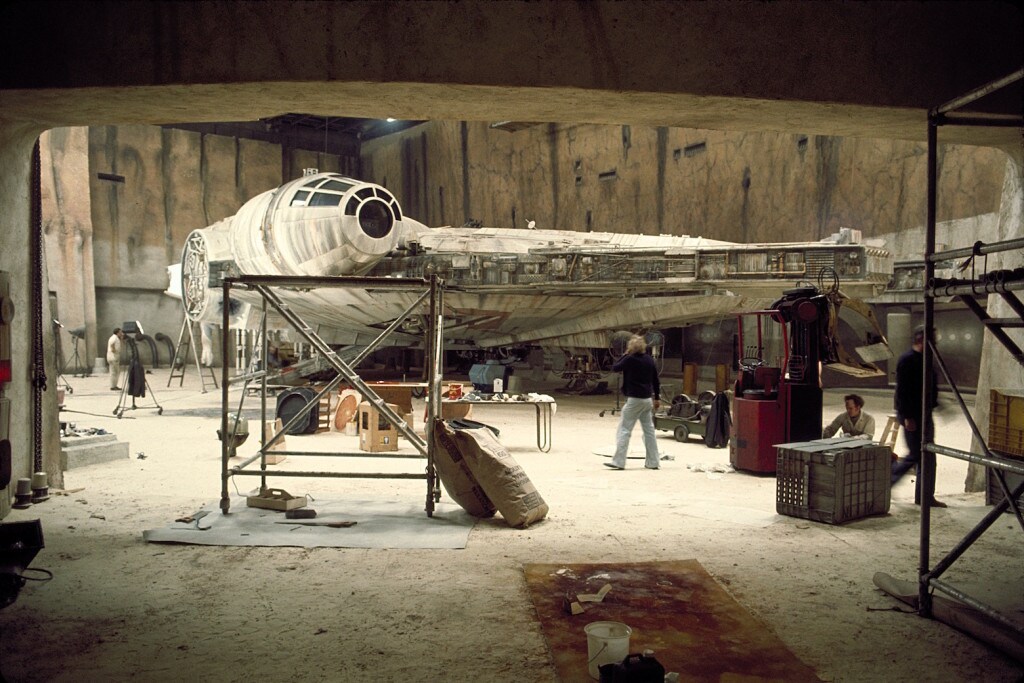 The first Industrial Light & Magic facility in Van Nuys, California, was located near a model-kit distributor that the crew used to fill the shelves of their creature/model shop. Kits and parts from models made by Revell, Tamiya, and others were used in Star Wars spaceships and vehicles. This technique is known as kit-bashing. Parts from Ferrari and tank models were used to fill in the middle of the Millennium Falcon between the top and bottom halves. When the team had to build a smaller model of the Falcon to use for shooting, they were able to use the same model kits because they were sold in half-scale versions. 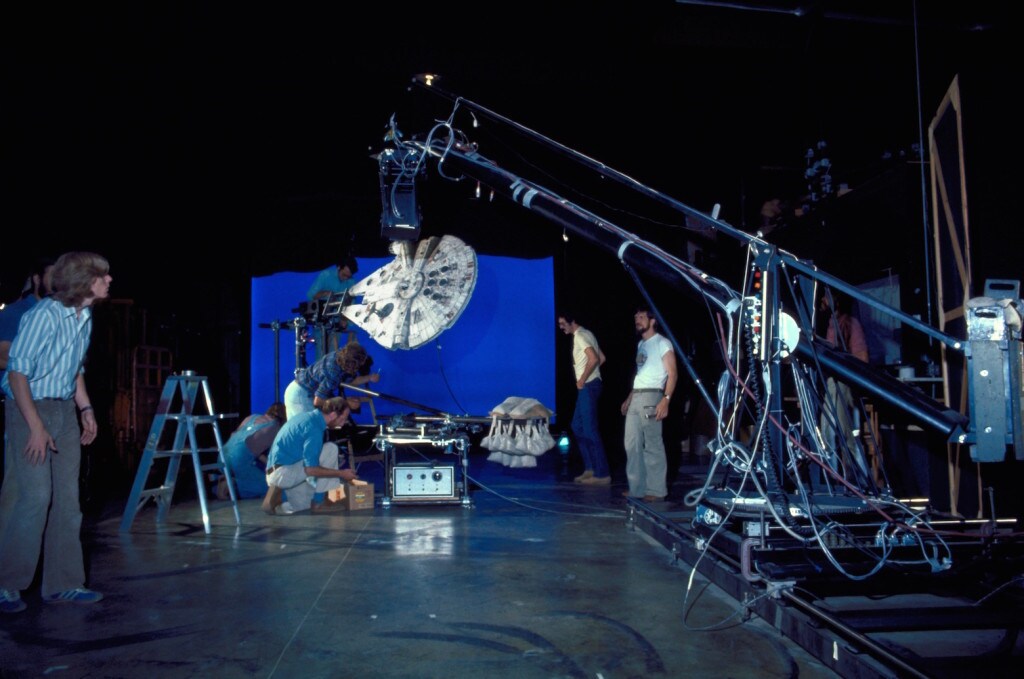 4. The Falcon was built in several different sizes

Complete models of the Millennium Falcon ranged from very small -- small enough to fit in the palm of a hand -- to over four feet. An almost full-size replica of the ship's exterior was made for The Empire Strikes Back. It measured almost 60-feet-long. 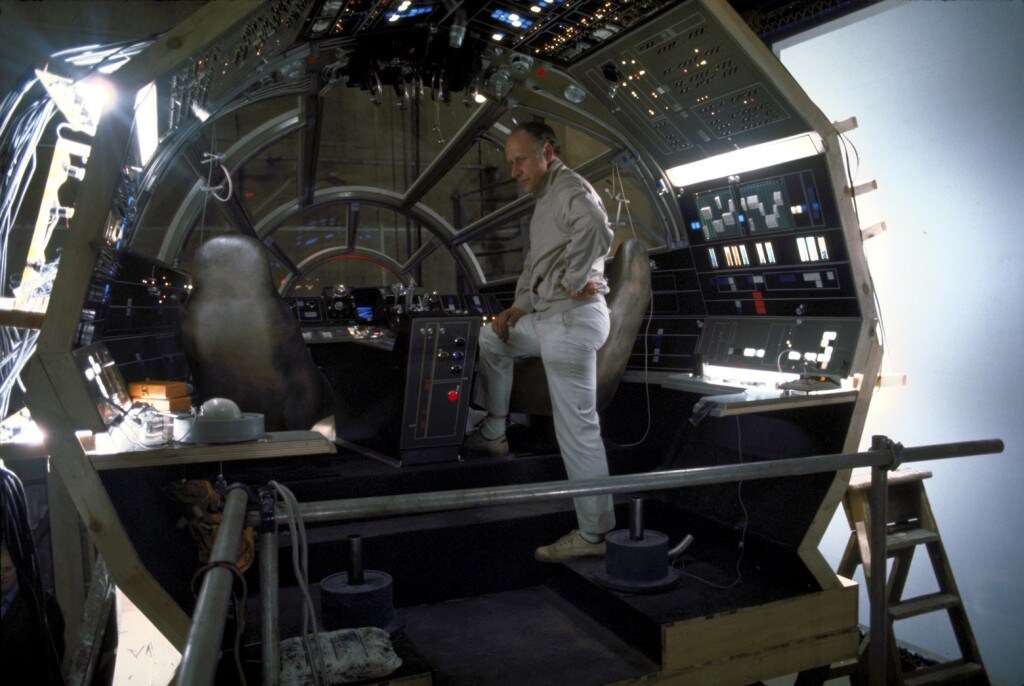 Sometimes sets are made just for looks, but that can be a challenge when actors have to interact with them. Harrison Ford appeared at a 30th anniversary screening for The Empire Strikes Back in 2010 in Hollywood, and during a Q&A, he talked about spending time in the Falcon's cockpit. He said Peter Mayhew couldn't fit into the seat, and that there were some issues with flying. "The thing I remember is they purchased all of these toggle switches. Because we made the film on a budget, they hadn't bought the ones with springs. So if in a scene you would flip up some switches, if you didn't get out of the frame quickly enough they would go back down, because there were no springs. I think they solved that by the second film."

Ships of the Galaxy: The Millennium Falcon

From a Certain Point of View: What’s the Greatest Ship Design in Star Wars?