No one said being a bad guy would be easy.

Loyal, focused, and dedicated, Imperial and First Order stormtroopers, drivers, pilots serve their masters well. However, not every engagement goes that smoothly. Here’s a look at five spectacular bad-guy demises. 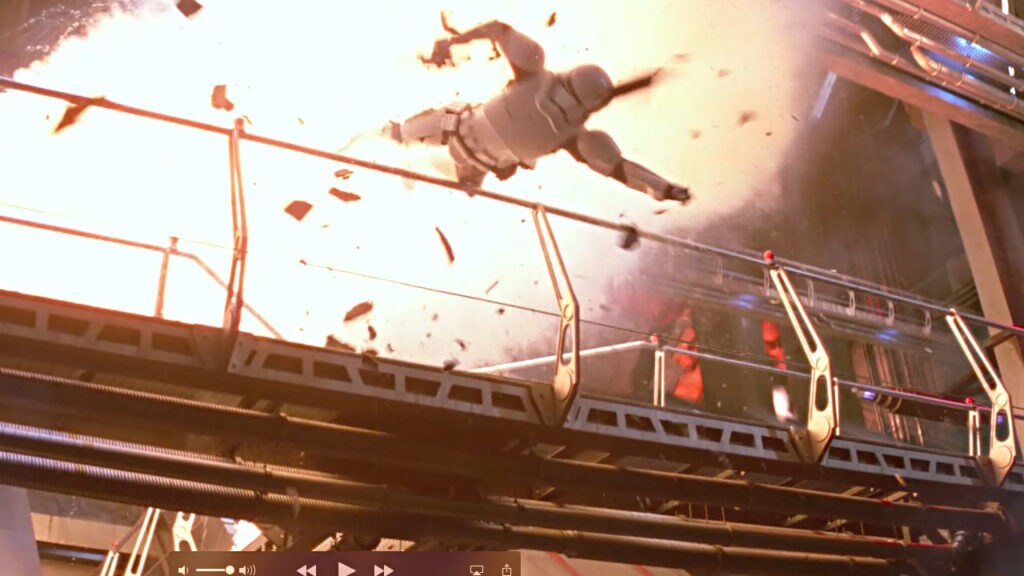 Han Solo is dead, killed by his estranged son, Kylo Ren on Starkiller Base. Solo’s longtime friend and co-pilot Chewbacca explodes with grief and anger, shooting Kylo and blasting First Order stormtroopers as they close in. And before anyone expects, Chewie thumbs a detonator, tearing the huge installation apart. As Rey and Finn recoil in shock, a trooper is hit by the fiery blast and flips over the barrier. It's a long way down -- something of a running theme for this list, as you'll soon see. 2. Long way down, Return of the Jedi

The Battle of Endor is not going well. Han, Chewie, Leia, and the rebel commandoes have been captured. Things look distinctly bad for our heroes and increasingly sunny for the forces of the Empire. Enter the Ewoks, who rapidly turn the tide of the ground battle. Chewbacca and two furry companions swing (with the Wookiee emitting a familiar chant) on to the top hatch of a passing AT-ST and quickly toss one driver to the ground, while the second is battered into submission. The lesson: Wookiees and Ewoks make a pretty good team. Don't mess with them.

Fun fact: The two AT-ST drivers were played by director Richard Marquand and producer Robert Watts. Watts is still the only Star Wars performer to have his character named directly after him.

3. Pulled off the platform, Rogue One

Some troopers must see their demise coming, while others never expect it. This unfortunate soldier experienced a bit of both on Eadu as the confrontation between Director Krennic and Galen Erso escalated. Standing silently in the pouring rain and guarding the platform from attack, the trooper doesn’t see Jyn as she completes her long ascent up the side of the canyon. Grabbing the trooper's leg, she pulls him right over the side and down to a crunchy demise. Mark this down as yet another reason why platforms, bridges, carbon freezing chambers, and installations in the Star Wars galaxy really need handrails. 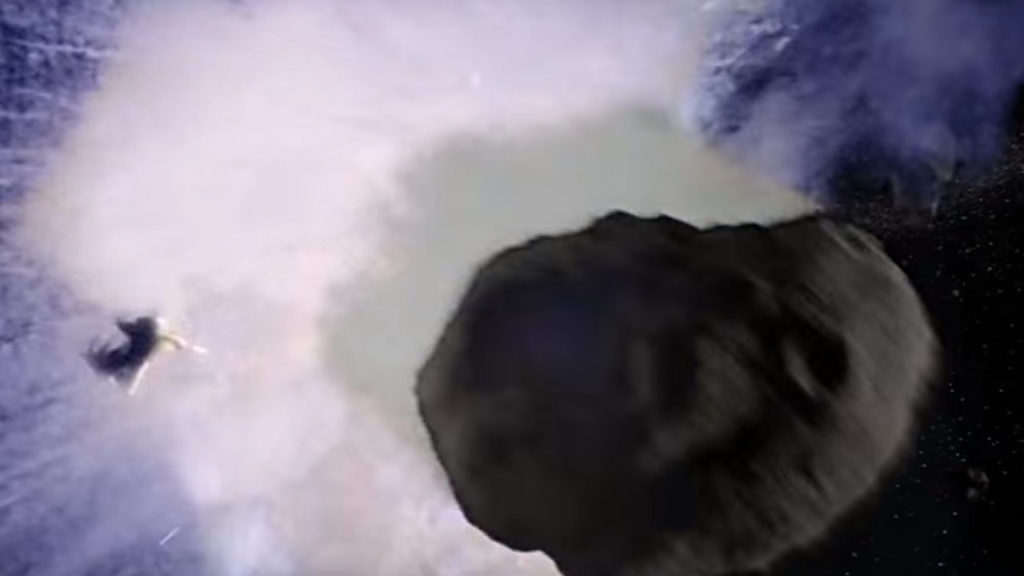 4. Into the asteroid field, The Empire Strikes Back

Following the Battle of Hoth, the Millennium Falcon dives into an asteroid field, but the Empire gives chase. Thanks to Han Solo's impressive piloting skills, the rebels avoid being pulverized...but many of the pursuing TIEs do not. When a large asteroid crushes an Imperial fighter, its pilot can be seen being thrown into space. Whether it was voluntary or involuntary, it doesn't seem like much fun. 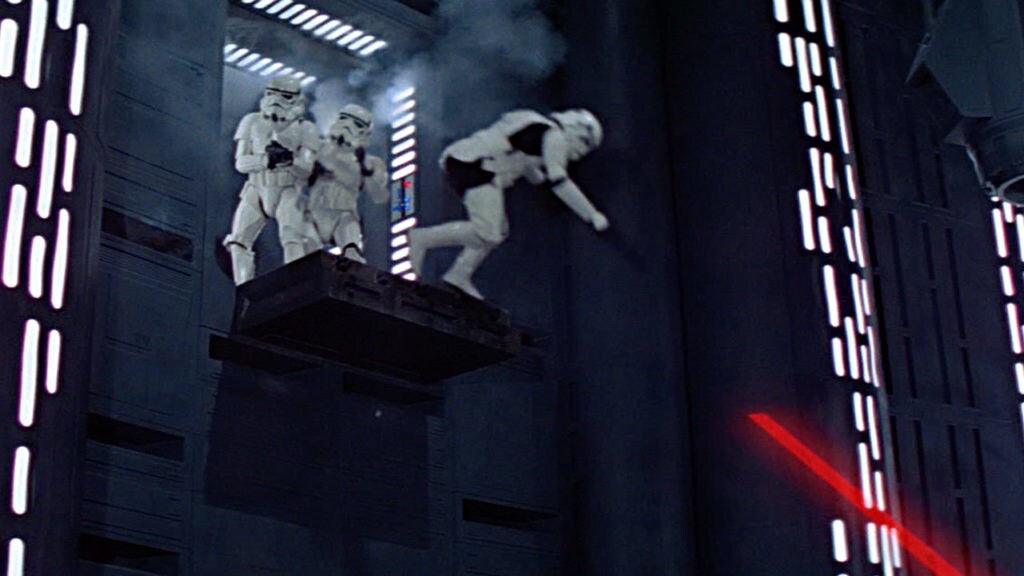 You could argue that of the many trooper deaths, this was the roughest of all. Chasing our rebel heroes through the winding corridors of the Death Star, the Imperial soldiers come to an incomplete bridge...and don't do so well. One takes a blast and falls into the abyss below. Again, handrails! (Or, at least, permanent walkways.)

Mark writes for Star Wars Insider, the Official Star Trek Magazine, Geeky Monkey magazine, and Build The Millennium Falcon partwork, and co-hosts the RADIO 1138 and Take Cover podcasts. He’s an honorary member of the 501st and Rebel Legion and when he’s not talking, tweeting, or writing about Star Wars, he can usually be found sleeping, where he’ll most likely be dreaming about Star Wars.