The heavy tome from Taschen and film historian Paul Duncan explores fresh insights and imagery from the era that brought fans the Star Wars prequel trilogy.

As fans who picked up The Star Wars Archives 1977-1983 may already know, the Taschen book series contains so much knowledge and so many never-before-seen images and artifacts, they could rival that of Jedi Master Jocasta Nu’s archives! And today, we’re taking a dive into the newest addition to the series, arriving on bookshelves later this week.

The latest volume, once again written by film historian Paul Duncan, covers all things prequel-era from Star Wars: The Phantom Menace to the fall of Anakin Skywalker in Star Wars: Revenge of the Sith. 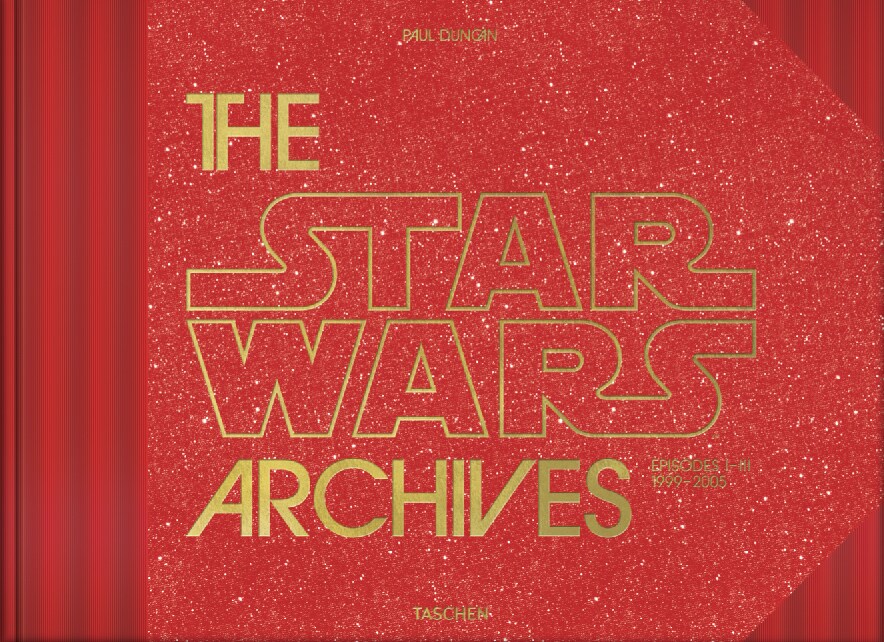 Here are 10 interesting things we learned from The Star Wars Archives 1999-2005. 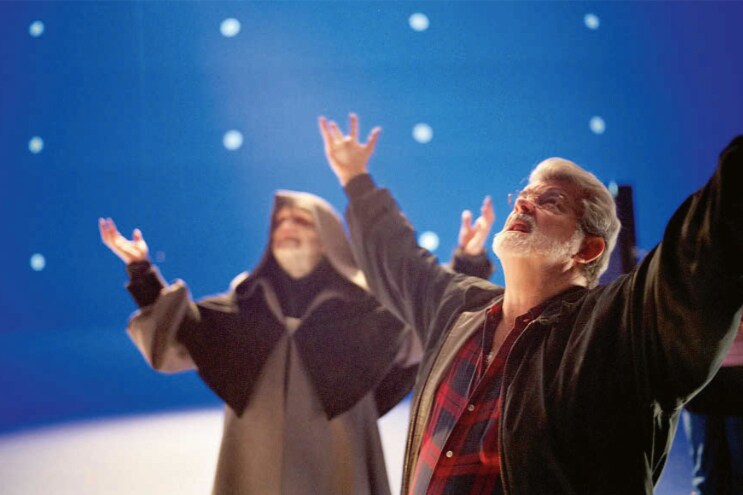 1. George Lucas was ahead of his time.

Sure, we know George Lucas’s Star Wars films were ahead of their time both in terms of story and special effects. But after finishing the original trilogy, Lucas straight up, “didn’t have the technology,” to pull off the prequels (at least not to the standards he wanted). So instead of waiting around for the technology to become available, the film legend helped pioneer its creation and by the mid-90s, the masters at Industrial Light & Magic had come up with the template for full-character CGI animation. 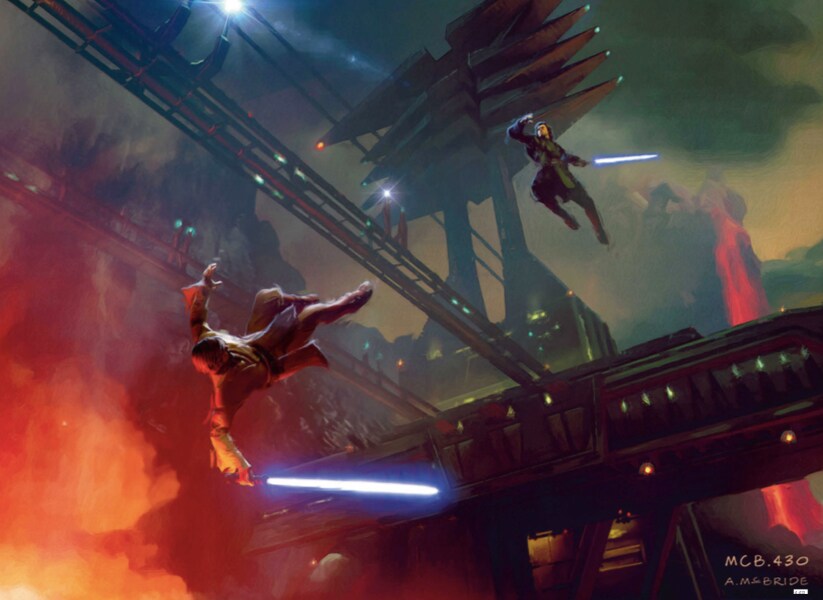 2. The prequel story was discussed at a story conference all the way back in 1981.

The general idea of how Anakin Skywalker became Darth Vader, and how each of the players on the board (including Luke, Leia, and Ben Kenobi) get to their starting positions in Star Wars: A New Hope has largely been the same since 1981. “I had to know where the Empire and Darth Vader came from to make the story of Luke Skywalker coherent,” Lucas says in the book, in an excerpt from a story conference for the final installment of his original space-opera trilogy. Beat by beat, Lucas describes Anakin’s fall to the dark side, including a part where the character would have been thrown into a volcano. That’s not far off from the way things later played out on Mustafar!

3. The droidekas have fascinating origins.

Shortly after becoming the design director for the prequel films, Doug Chiang received a brief on the droids Lucas wanted to see as part of the Trade Federations army. And ‘brief’ it was. “Create a robotic stormtrooper.” Early sketches of Chiang’s droidekas weren’t far off from what we saw roll onto screen in The Phantom Menace, the product of his astute and instinctual design work. It was Chiang who decided that if the stormtrooper's look was to give the impression of a skeleton, these ‘robotic’ versions should be inspired by human muscles. And thus, the droideka was born.

4. Was Ewan McGregor born to be a Jedi? The answer is ‘yes’!

As soon as Ewan McGregor began combat training and lightsaber sequences, his on-screen master Liam Neeson was “amazed” by his abilities. Where Neeson struggled to remember only a few steps at a time, McGregor was capable of remembering “12-13 moves.” That’s worthy of Vader’s, “Impressive. Most impressive.” 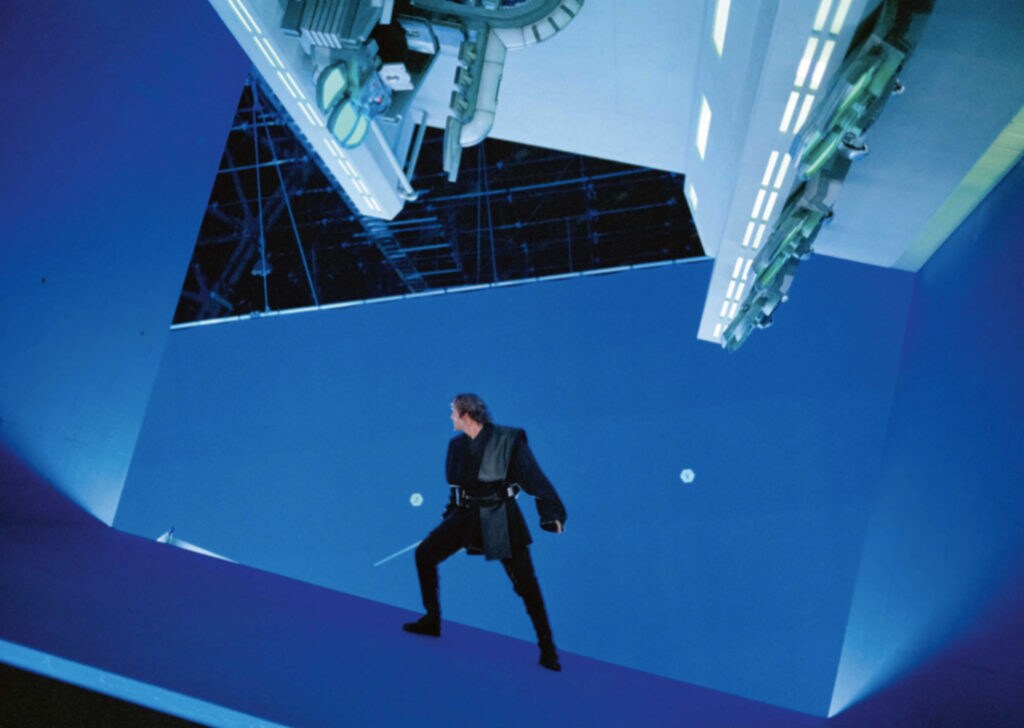 5. There was no shortage of blue screen.

During the production of Star Wars: Attack of the Clones, producer Rick McCallum was the proud owner of the largest blue screen collection in the world. With nearly 4,000 yards of the stuff, McCallum remarked that they had “enough to wrap around the studio three or four times.” That’s a lot of blue! 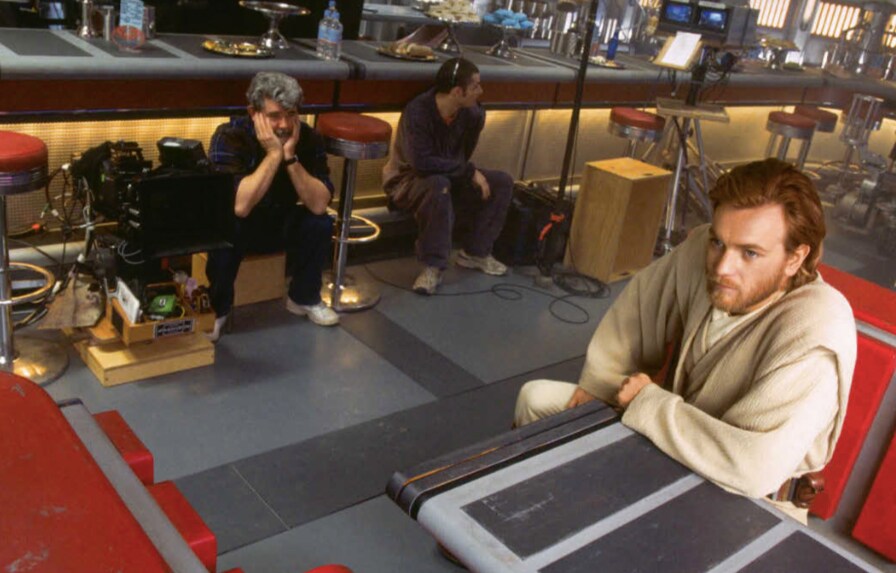 6. You should find someone who looks at you the way George Lucas looks at Ewan McGregor.

Okay, I got a little off base with this one. It’s not necessarily anything “interesting” or “new” but it is relatable.

Knowing that the title of Episode II would inevitably leak to the press, a June 2000 draft of the script was titled “Jar Jar’s Great Adventure.” As Ahmed Best puts it, the lark was basically Lucas giving a, “middle finger to the whole ‘everyone hates Jar Jar’ thing.”

8. Natalie Portman made sure Padmé wasn’t just a damsel in distress.

We have the actor who portrayed Queen Amidala to thank for some of the character’s more aggressive negotiations. When production began on Episode II, Natalie Portman specifically asked Lucas to include more action scenes for Padmé. Much like Carrie Fisher, who ensured Princess Leia was more than just the subject of a rescue, Portman advocated for Padmé. To quote Obi-Wan, “she seems to be on top of things.”

9. Mustafar owes its otherworldy look to real footage of a volcanic eruption.

When it came time to make the lava planet of Mustafar come to life, it just so happened that Mount Etna in Italy had just erupted. Producer Rick McCallum and cameraman Ron Fricke dashed to Europe and immediately began filming. They spent a week capturing reference footage that would later be used to create the site of Anakin Skywalker’s fall to the dark side. 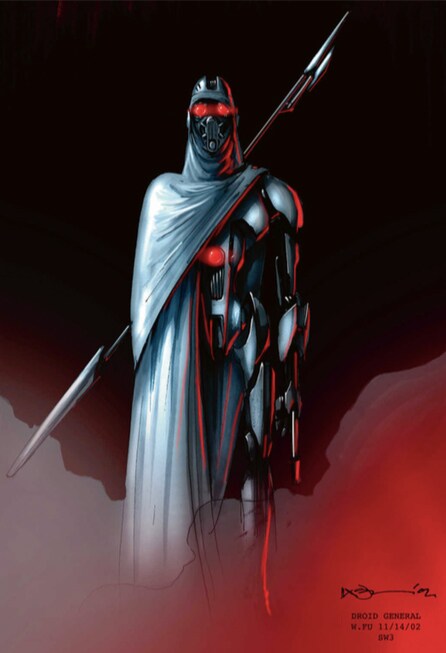 Knowing that Count Dooku would be killed early on in Episode III, Star Wars: Revenge of the Sith needed another antagonistic force for the remainder of the film. Lucas prompted the art department with creating a ‘droid general’ that was, “reminiscent of Darth Vader but not Darth Vader.” Artists including Alex Jaeger, Erik Tiemens, Warren Fu, and Derek Thompson began concepting, but what eventually became General Grievous was actually just a quick sketch by Warren Fu, who wasn’t even that impressed with his own work. “Darth Vader is black, so I went with pure white -- in Chinese culture, white means death,” Fu says in the book. But the sketch immediately impressed Lucas and another of Fu’s drawings ended up becoming the basis for Grievous’s MagnaGuards.