What is the Holocron? 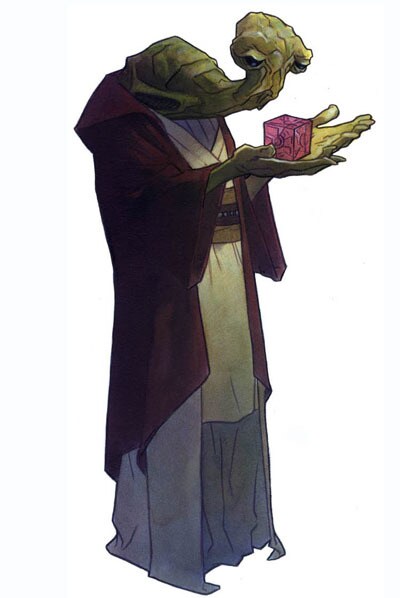 For those who have never heard of the Holocron Star Wars continuity database, it is a database I was hired to create back in January 2000 for Lucas Licensing’s Publishing department.

Licensing was working with Wizards of the Coast to create a new Star Wars roleplaying game and game designer and Star Wars author Bill Slavicsek at Wizards and then-Director-of-Publishing Lucy Autrey Wilson decided they needed an internal database to track all the new content that had been created and was being created for Star Wars.  Until then, the folks at Lucasfilm tracked official Star Wars lore in large black binders known as bibles which contained story synopses and glossaries.  These bibles didn’t just limit their scope to material from the films.  Unlike other franchises that reboot with most every incarnation, Star Wars had proven itself over the years to be a singular universe.  Everything outside of the films was collectively known as the Expanded Universe serving as an extension of the same universe as the films.  If something happened in a book or a comic, it could potentially affect everything else happening in the universe.  Any discrepancies that resulted would be resolved or retconned (short for retro active continuity, ie changes from previously established continuity) across the board to try and create some consistency.

As the Holocron grew, its value to other divisions outside of Licensing became apparent.  The scope of the Holocron continuously expanded as we added new fields to the database to meet ever growing needs.  In addition to tracking stories, discrepancies, images, and stats, the Holocron now included pronunciations, foreign translations, costume variations, and behind the scenes info.  As I entered new information to the Holocron, I also began to compile other types of reference materials like style guides, timelines, spelling dictionaries, fonts, banks of trivia and quotes, and galaxy maps. 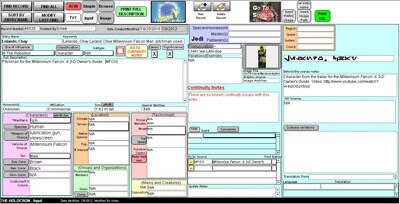 In early 2012, the Lucas Companies worked towards greater integration amongst the divisions and the Holocron transferred from being under the purview of Lucas Licensing to Lucasfilm’s Marketing division.  Today, the Holocron contains over 55,000 entries including over 19,000 characters, 2,900 species, 5,300 worlds, and 2,100 different types of vehicles.  New content from Animation, LucasArts, and Licensing is added every day from sources like The Clone Wars, The Old Republic, the latest books, magazines, toys, collectibles, and games, and other yet-to-be-released titles in development like Star Wars 1313.

In the end, my ongoing vision is that as long as there’s the Holocron, Star Wars will not reboot.