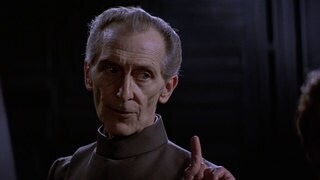 An ambitious, ruthless proponent of military power, Wilhuff Tarkin became a favorite of Supreme Chancellor Palpatine and rose rapidly through the Imperial ranks. Shortly after the Empire's creation, he was put in charge of the construction of the Death Star. Tarkin saw the Death Star as a way to crush all dissent to the Empire's rule -- fear of the station's planet-killing superlaser would keep the galaxy's star systems in line. He demonstrated the station's power by destroying Alderaan, but died soon afterwards when the Death Star itself was destroyed. 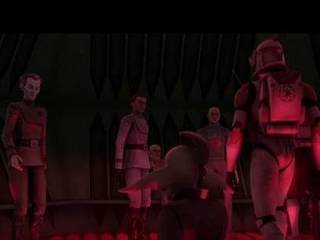 Tarkin in the Citadel 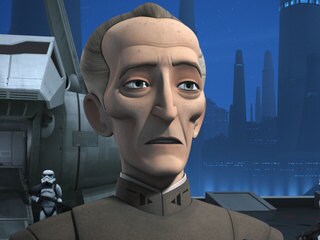 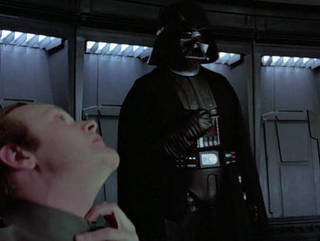 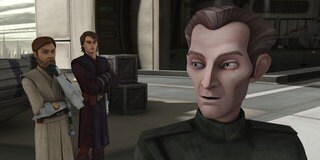 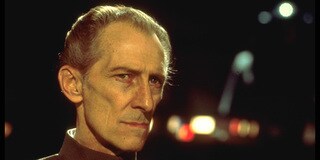 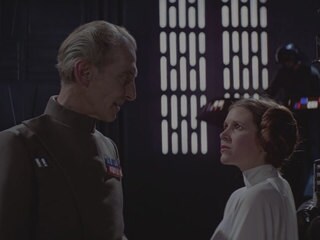 “I grow tired of asking this, so it will be the last time: Where is the rebel base?” 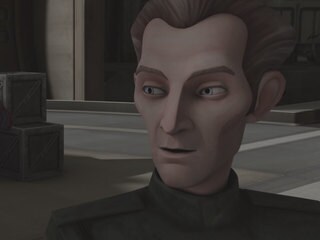 “I reserve my trust for those who take action, General Skywalker.” 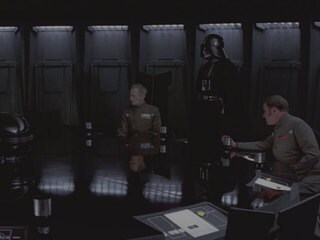 “Fear will keep the local systems in line. Fear of this battle station.” 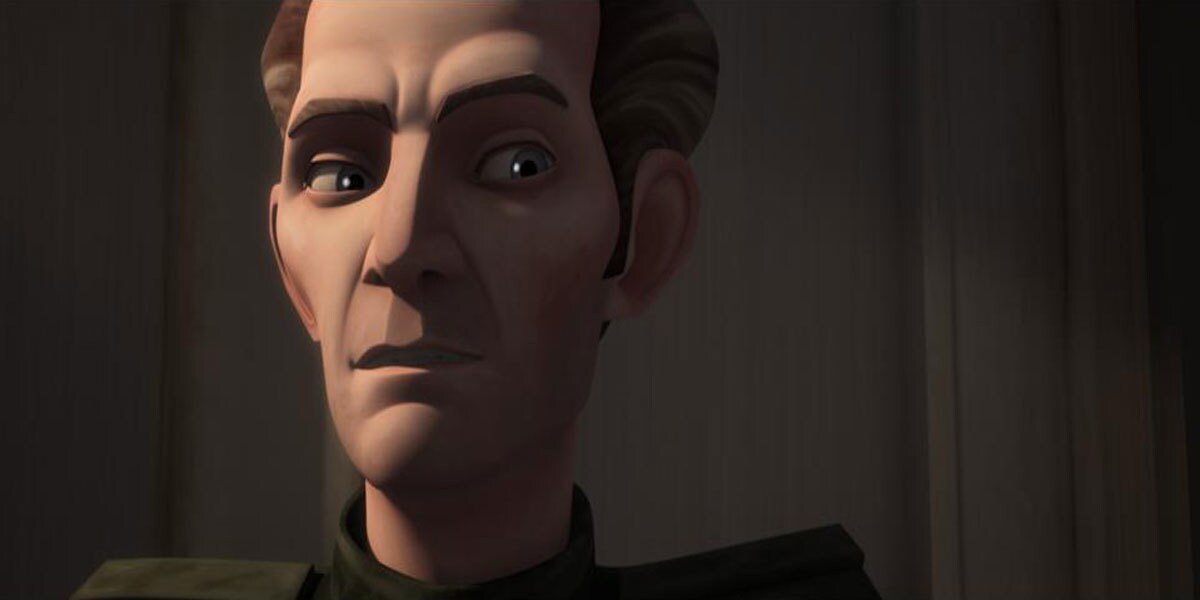 Wilhuff Tarkin was born on the Outer Rim planet Eriadu, scion of a prestigious family whose lineage dated back to the planet’s earliest settlers. Tarkin’s parents taught Wilhuff ruthlessness by sending him to Eriadu’s untamed Carrion Plateau shortly after his eleventh birthday. There, the boy got an education in tracking and hunting while defending himself against Eriadu’s vicious native fauna. The experience taught Tarkin that life was an ongoing battle for survival, with the strong and smart staying on top by gaining and keeping control of those below them. As a teenager in the Outland Regions Security Force, Tarkin applied those lessons to space combat, destroying a band of pirates known as Q’anah’s Marauders. That led to a place in the Sullust Sector Spacefarers Academy, where Tarkin met Naboo’s ambitious Senator Palpatine. Palpatine became Tarkin’s mentor, helping him secure a spot in the Judicial Academy. Tarkin served with the Judicial Department, but Palpatine advised him to resign and return to Eriadu as the planet’s governor. When the Clone Wars began, Tarkin opted for renewed military service, undertaking a number of covert missions on behalf of Supreme Chancellor Palpatine. 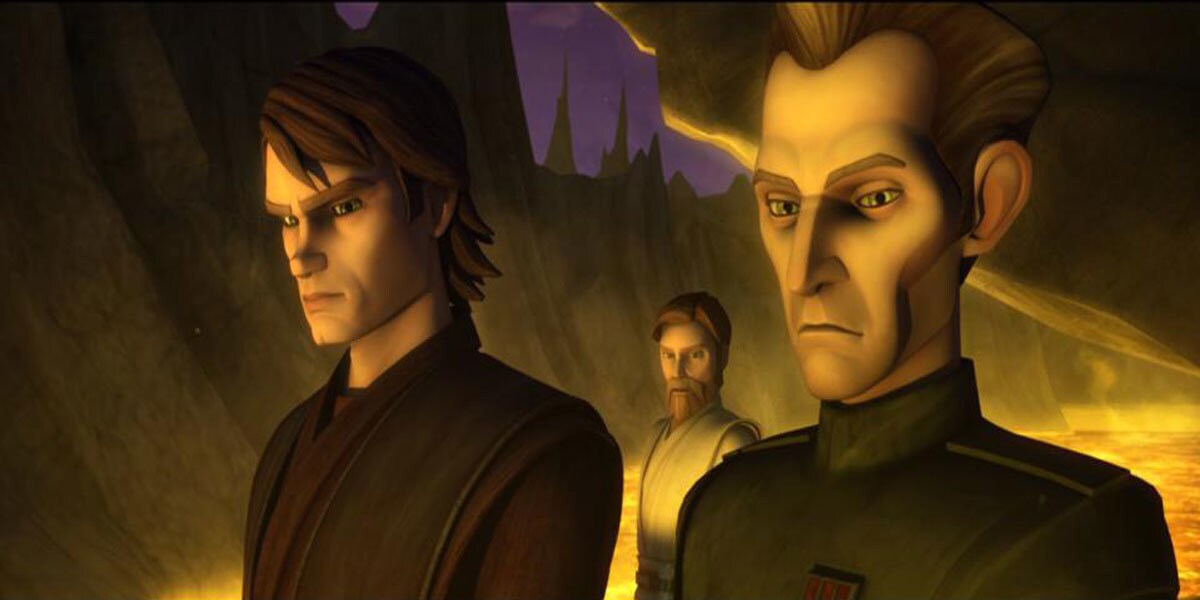 One of Captain Tarkin’s missions for Palpatine paired him with the Jedi Master Even Piell, and sought to control the secret Nexus Route through hyperspace -- a mission that ended with Piell and Tarkin imprisoned in the Separatist fortress known as the Citadel. Anakin Skywalker and Obi-Wan Kenobi led a rescue mission, during which Tarkin and Anakin found they agreed that the Jedi’s code of ethics prevented them from going far enough to achieve victory. It was a fateful meeting, though the two would find themselves at odds when Tarkin -- now an admiral -- led the investigation of a terrorist attack on the Jedi Temple and prosecuted Ahsoka Tano in connection with that attack. After Palpatine became Emperor, he made Tarkin a Moff in his new Empire. Tarkin was admired as one of the leaders of a ruthless order of technocrats who stood in stark contrast to the tradition-minded holdovers from the New Republic. He led pacification operations against Separatist remnants and earned a promotion to Grand Moff. His responsibilities included the galaxy’s Outer Rim, the site of restive worlds such as Lothal, as well as the secret Death Star project.

Following nearly 20 years of development, Tarkin was eager to see the Death Star completed. He was often at odds with Director Orson Krennic, one of the project's overseers, and blamed him for the constant delays. Once the Death Star's superlaser became active, Tarkin ordered its first test: the destruction of Jedha, a small desert moon that was home to an ancient Jedi Temple and extremist rebel Saw Gerrera. The operation was a success, and Tarkin assumed control of the battle station. He would use it next on Scarif, location of an Imperial data complex that came under siege by rebels. Krennic was on-planet at the time, though that did not seem to bother Tarkin. 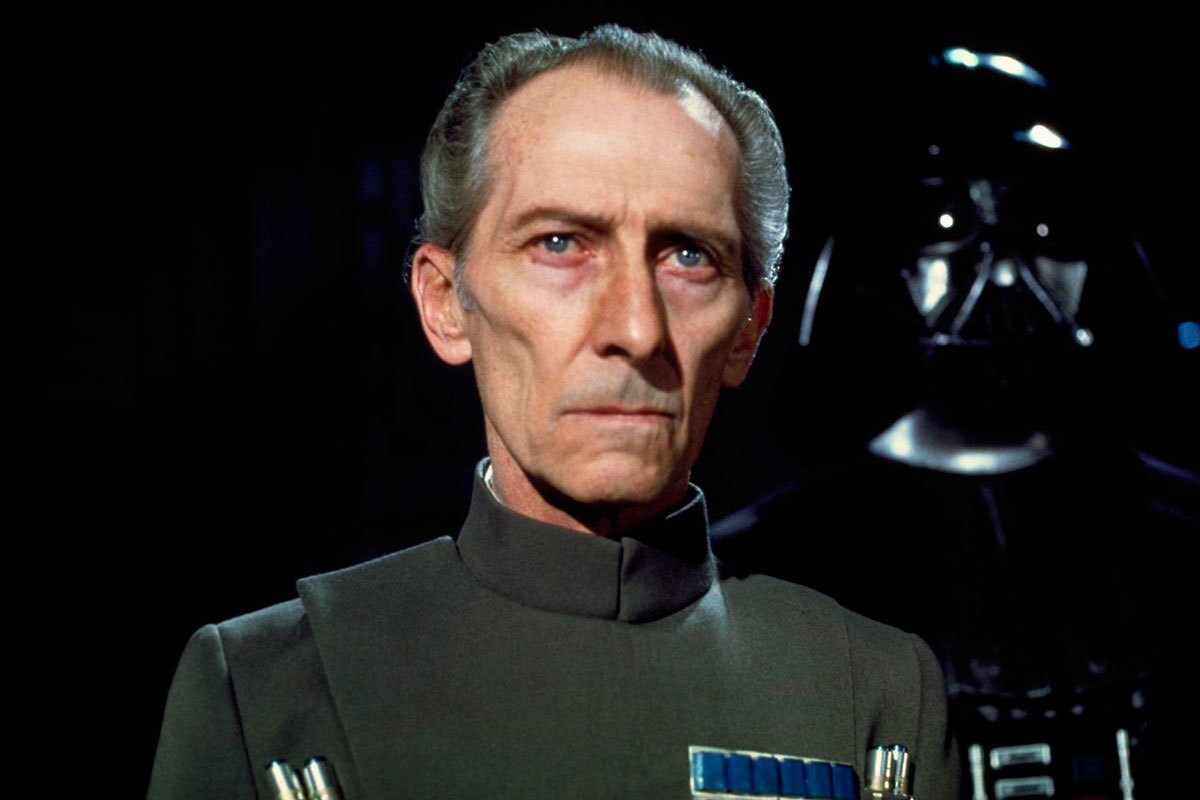 For more than a decade, Tarkin supervised the Death Star’s construction and worked to root out resistance to Imperial rule in the galaxy’s Outer Rim. Tarkin saw the battle station’s planet-killing superlaser as a brutally efficient tool to end dissent, reasoning that no Imperial star system would dare defy the Emperor if the price was extermination. It was a philosophy shaped by his boyhood lessons on the Carrion Plateau. With the Death Star operational, the Emperor dissolved the Imperial Senate, giving governors such as Tarkin direct control of their territories. Tarkin then gave the galaxy a terrifying demonstration of the Death Star’s power, incinerating Alderaan, and tracked Princess Leia Organa to Yavin 4, site of the principal Rebel base. The end of the Galactic Civil War was at hand, but Luke Skywalker fired a proton torpedo that destroyed the Death Star -- and with it, Tarkin, who pompously refused to evacuate his prized megaweapon.