Dave Filoni promised he would bring the big guns for Star Wars: The Clone Wars at Celebration VI, and he wasn't kidding. I was thrilled when he announced the season five premiere would be screened at Celebration. I was excited to see the new episode, sure, but I also knew it would mean watching the series on the big screen. It's the best way to experience the show. The animation looks beautiful on my television at home, but it's just nothing compared to seeing it in huge, glorious detail. The episodes play like movies anyways; it's perfect. And holy Ewoks, did the premiere deliver on all counts.


The series just keeps looking more and more amazing. The textures look richer, the lighting is phenomenal, and the technology keeps nudging towards live action. If you pay close attention, you'll notice that there's a new model for Yoda. It's the first time that model has been changed since the first season. Filoni said that if a character is given a new model it's typically a sign that he or she will be around a lot more. For example, think about how much Ventress' model changed and about how often she appeared last season. Interesting, it is.


Though I won't give away details, I will say that this episode brings us right into the middle of things. It picked up shortly after where the season four finale ended: Darth Maul and Savage Opress are tearing up the galaxy and leaving a trail of bodies. Maul is plotting how to exact the perfect revenge upon Obi-Wan, and he's putting the pawns into place. The episode has tons of action, some sadness, and a few hilarious moments. I think fans will love it; the audience here certainly seemed to approve.


Fans who stuck around after watching the premiere episode were treated to a question and answer session with Dave Filoni and Sam Witwer. I don't want to spoil anything about the premiere, so let's just say they discussed things... and stuff. Witwer talked about getting the call from Filoni about playing Darth Maul. He was driving, and Filoni called and just asked the question bluntly. Even though Witwer was inwardly excited and freaking out, he said he could do it with complete confidence. Like he said, “There's really only one answer to that question.” Basically, he said, you respond and figure out the details later. Witwer's passion for the Star Wars universe really came through. 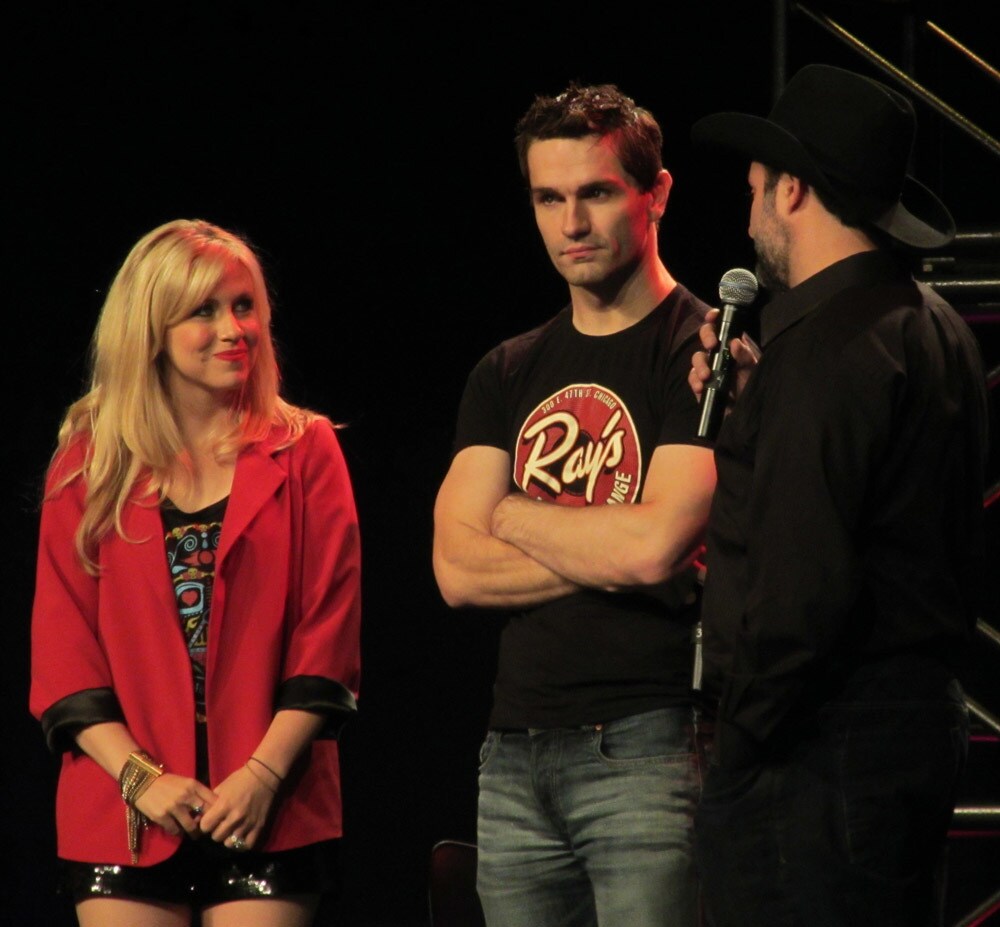 Again, no big spoilers, but you do see a character from the original trilogy in the first episode of season five. That character may have a distinctive action figure and be part of a memorable group of characters. Filoni mentioned he has an appreciation for that group, and that he'll be including others in the background here and there. It will all make sense when you see the episode.


Filoni pulled a surprise out of his signature hat, too: we got to drool over a new, long trailer for season five. We got peeks of Ventress, the Death Watch, and Bo-Katan. The coolest part though? Well, it involves Palpatine appearing in a way we haven't seen him in the animated series yet. The room flipped right out when we saw it. Finally, make a note about the schedule change: Star Wars: The Clone Wars is moving to Saturday mornings at 9:30am. The season five premiere will air on September 29.


Amy Ratcliffe is addicted to Star Wars and writing. You can follow her on Twitter and keep up with all things geeky at her blog.