A new novel from Cavan Scott available next summer will build on the heroic Jedi and the nefarious Nihil debuting in Charles Soule's Light of the Jedi.

Star Wars: The High Republic: The Rising Storm, available on July 6, 2021, is the second adult novel in the new era of Star Wars storytelling. "Writing a Star Wars novel is always an honor, and this has been no different. It’s a responsibility I never take lightly, especially while opening up a new era in Star Wars storytelling such as the High Republic," Scott says of the experience alongside authors Soule, Claudia Gray, Justina Ireland, and Daniel José Older.

Although not a direct sequel, Scott says his story will add to the events in Soule's novel, the first in a series of books and comics from Star Wars: The High Republic. "The Rising Storm sees the Nihil taking their reign of terror to the next level, building on their appearances in Light of the Jedi and beyond," Scott says. "Standing in their way this time are newly elevated Jedi Council member Stellan Gios, along with Padawan Bell Zettifar and an intriguing new character, the saber-for-hire Ty Yorrick who I’ve had a blast creating."

Although Scott can't say much about the plot, he hints at an intriguing backstory for his new character. "Yorrick is a Force-sensitive monster hunter with a mysterious past. What is that past? Well, that would be telling," he says. "All I’d say is that you don’t want to get in her way, as Stellan and the others soon realize for themselves."

But mostly Scott just hopes fans will enjoy the story; you can see the full cover illustration by Joseph Meehan below and pre-order your own copy now. "I’ve focused on what I wanted reading novels from a galaxy far, far away over the years; a deep love for the lore that has gone before, while also trying to take the ongoing story in surprising and hopefully exciting new directions." 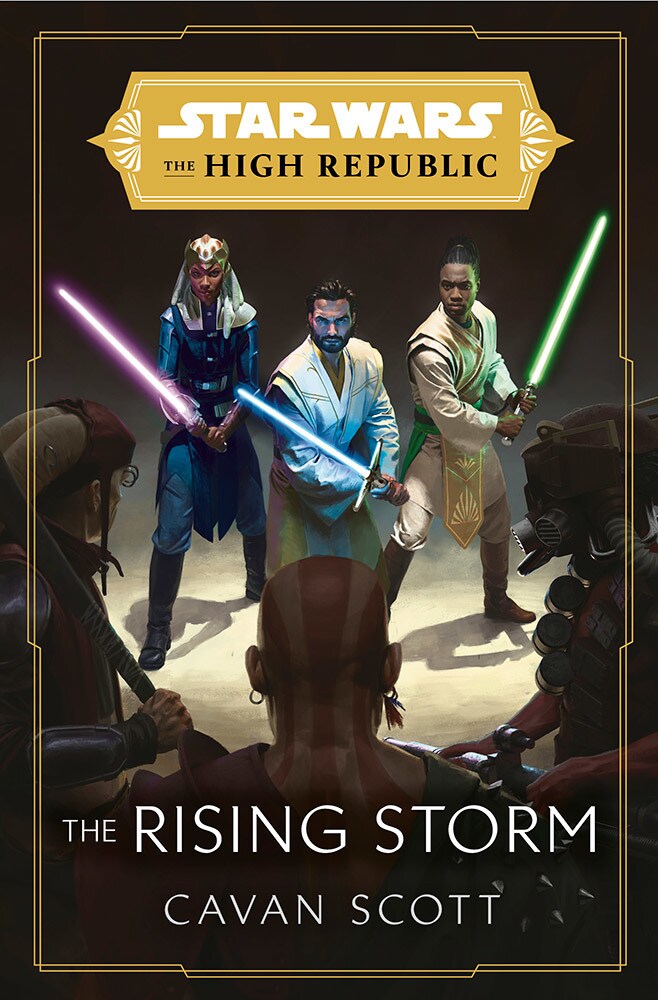 Star Wars: The High Republic: The Rising Storm arrives July 6, 2021 and is available for pre-order now.