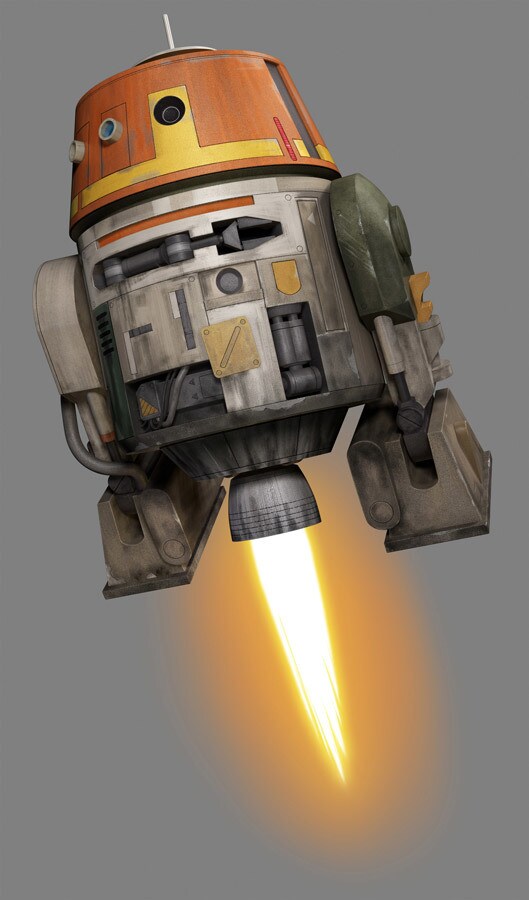 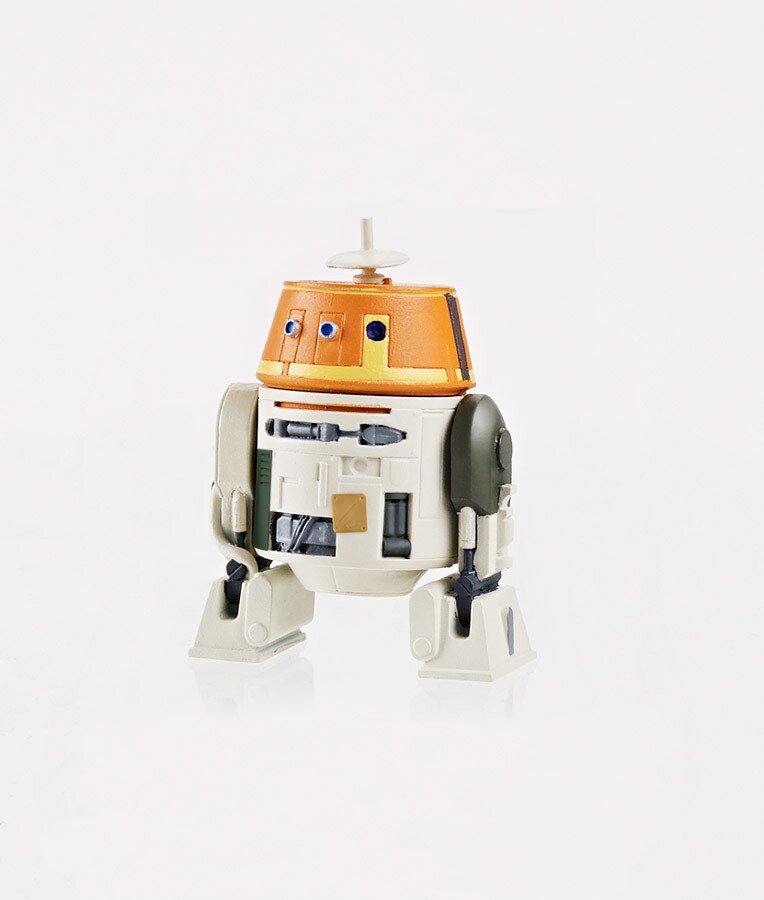 In Star Wars, droids are always eager to help out their human masters, drop whatever it is they're doing when called upon, and sometimes even sacrifice themselves to save others. Right?

Not quite. Introducing Chopper, a lazy, cranky (if ultimately goodhearted) astromech droid, and the latest character revealed from the highly anticipated Star Wars Rebels animated series. "If Artoo is the family dog," said Dave Filoni, executive producer of the show, "Chopper is the cat." Chopper is an essential crew member of the Ghost, tasked with keeping the starship running and operable for its band of heroes. In reality, thanks to his many "unique" upgrades and customizations, no other alien, human, or droid could handle the job.

The design of Chopper, a.k.a. C1-10P, takes cues from early Ralph McQuarrie concept art for R2-D2, especially the expressive arms that fold out of his head. As Star Wars Rebels takes place four years prior to the events of Star Wars: Episode IV A New Hope, Chopper's retro look creates an aesthetic continuity with droids of the original trilogy.

Check out a special preview of Chopper in the accompanying slideshow, including a first look at Hasbro's upcoming toy -- part of a full line of 3.75-inch Star Wars Rebels Saga Legends action figures -- and learn more about the grumpy astromech from the creators of Star Wars Rebels in the video below.

Star Wars Rebels is scheduled to premiere in fall 2014 as a one-hour special telecast on Disney Channel and will be followed by a series on Disney XD channels around the world.