Star Wars Inside Intel is a StarWars.com feature where Lucasfilm Story Group member Emily Shkoukani, whose job is to know as much about a galaxy far, far away as possible, explores obscure facts about Star Wars lore and continuity. In this installment, Emily gets into the tech keeping everyone’s favorite Dark Lord alive.

Since the release of Star Wars: A New Hope in 1977, moviegoers have wondered about the villain in the suit and what lies beneath. It wasn’t until the prequel trilogy began in 1999 that we would begin to get answers.

After suffering mortal wounds on Mustafar following a duel with his former master, Obi-Wan Kenobi, in 2005’s Star Wars: Revenge of the Sith, the fallen Jedi Anakin Skywalker was rescued by the newly instated Emperor. In the duel, Anakin lost both of his legs, his one remaining organic arm, and suffered (possibly up to) fourth-degree burns across what was left of his body that were severe enough to damage his internal organs. These injuries would have been fatal had it not been for the medical treatment Anakin received, which transformed him into the mechanized Darth Vader fans first witnessed over 40 years ago.

It’s obvious that Vader requires his suit to survive, but what functions does the suit have, and in what ways does it keep him alive?

The helmet is the most important part of his suit. The most apparent purpose it serves is to help Vader breathe, but it’s far more complex than that. The helmet is made up of three parts; a protective neck gaiter, the primary mask, and the outer shell. The gaiter helps support Vader’s neck, has a nutrient feeding tube, and this is also where his iconic and booming voice is processed and projected. The mask is the most intricate part of the helmet. This is where Vader’s respiratory system lives, helping him intake and vent air to his sensitive lungs. The lenses aid Vader’s weakened vision, calibrating colors to accommodate his damaged eyesight and enhancing his field of view. In addition to these more obvious features, the mask also pumps air and helps regulate Vader’s body temperature. Finally, the shell of the helmet that gives Vader his iconic silhouette secures all the pieces together, magnetically locking this vital equipment into place. 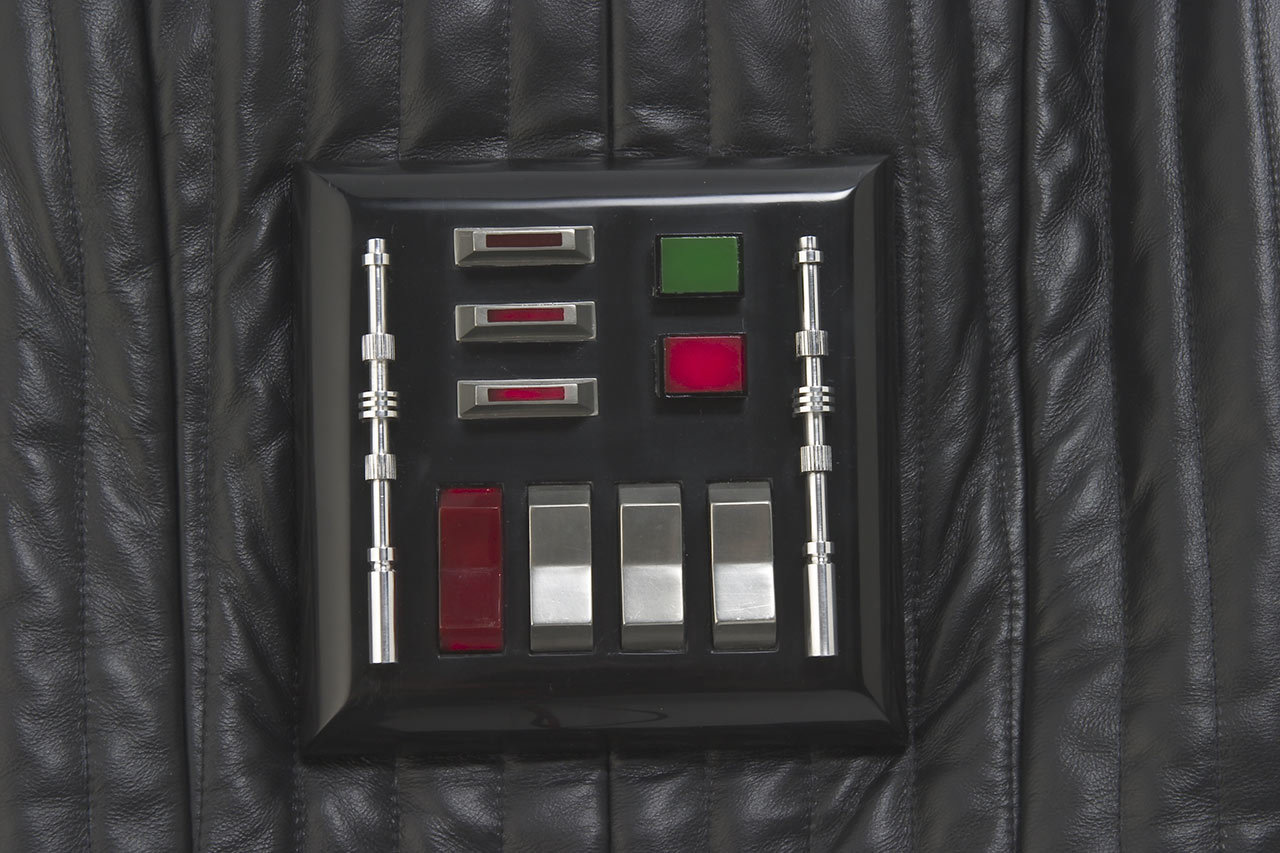 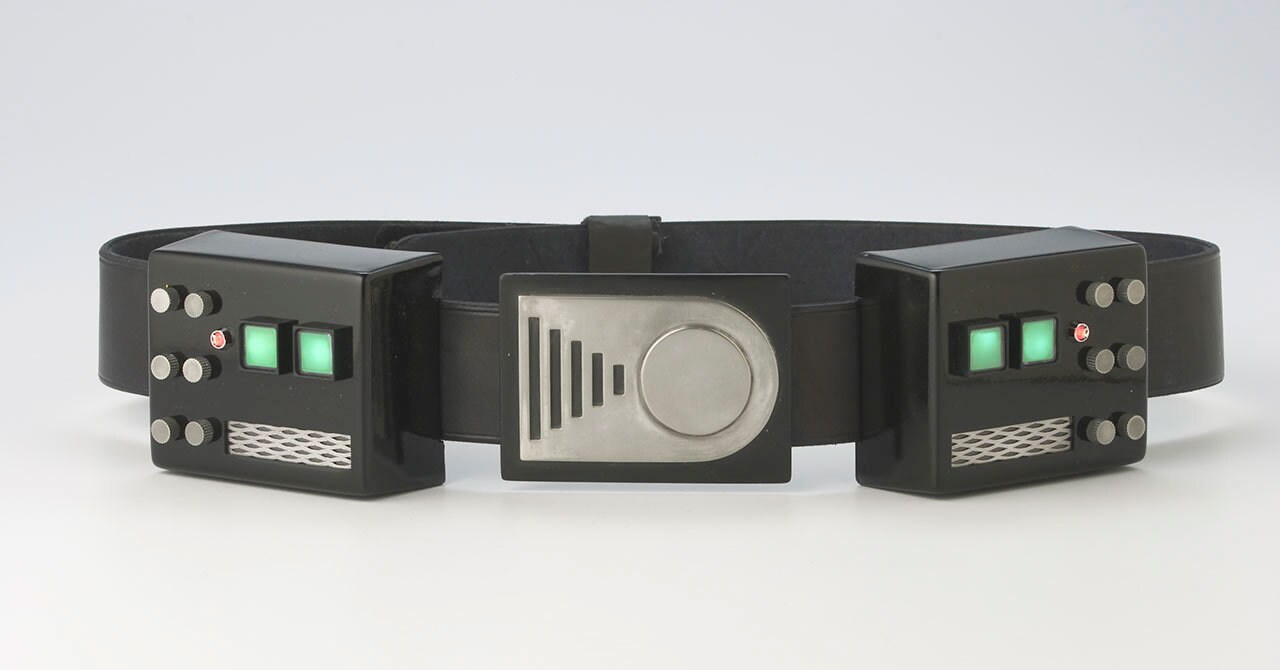 The rest of Vader’s suit is mostly made up of protective materials to shield his fragile body. The black ribbed garments he wears are made of multi-ply fabrics that cover his cybernetic limbs. Additionally, an armored breastplate covers his damaged chest, and a plastoid girdle that protects his abdominal organs. The obsidian suit features little other color aside from buttons on the control function panel that sits squarely below the breastplate, and the system status belt that’s secured around his waist. Both of these pieces of tech are used to monitor and regulate the vital systems featured in Vader’s helmet that keep him alive. As for the specific functions of each button on his chest plate, that remains a mystery.

Finally, the Dark Lord of the Sith’s suit would not be complete without his sweeping black cloak. Because even Sith Lords have style.