So What the Heck Are Midi-Chlorians?

The author of The Making of Star Wars looks at the controversial microscopic life forms introduced in the prequel trilogy! 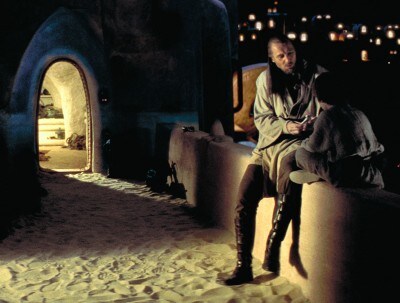 When Episode I came out a few people were upset by the role midi-chlorians played in the Force -- particularly when a drop of Anakin’s blood revealed an unusually high number of them in his system. As Lucas explained in a talk with author Terry Brooks, who was about to start writing the novelization of the film, “In Anakin’s case, there are, instead of one or two or three midi-chlorians in each cell, there’s like a thousand. It’s unbelievable how many midi-chlorians are in there.”

So…what are they? Lucas expounded: “I’m assuming that the midi-chlorians are a race that everybody knows about [in the world of Star Wars]. The way you interact and interface with this larger energy field [the Force] is through the midi-chlorians, which are sensitive to the energy. They are at the core of your life, which is the cell, the living cell. They are in a symbiotic relationship with the cell. And then, because they’re all interconnected as one, they can communicate with the larger Force field. That’s how you deal with the Force.”

At least a few people felt that this negated the democratic aspect of the Force, despite the fact that in Return of the Jedi the story and dialogue had already made it clear that the Force was, at least in some ways, hereditary. The film had lines such as, “The Force is strong in my family,” which Luke tells Leia.

Indeed until that line in the film -- or perhaps until we found out that Vader was Luke’s father in Empire -- many viewers of the very first film, in 1977, might have entertained the possibility that he or she, too, could become a Jedi. After all Ben Kenobi hadn’t said that Luke needed any special abilities or blood testing when he asked him to start his training in Episode IV. Luke just needed to learn how to tap into the mystical energy field called the Force. Lucas, even after Empire, said as much in his story conference talk with scriptwriter Lawrence Kasdan and director Richard Marquand before they started shooting Jedi:

Kasdan: The Force was available to anyone who could hook into it?
Lucas: Yes, everybody can do it.
Kasdan: Not just the Jedi?
Lucas: It’s just the Jedi who take the time to do it.
Marquand: They use it as a technique.
Lucas: Like Yoga. If you want to take the time to do it, you can do it; but the ones that really want to do it are the ones who are into that kind of thing. Also like karate.


In this Lucas was consistent with what he’d said in the summer of 1977 -- the first time he’d had to explain in more detail many of his concepts:

“The Force is really a way of seeing; it's a way of being with life. It really has nothing to do with weapons. The Force gives you the power to have extra-sensory perception and to be able to see things and hear things, read minds and levitate things. It is said that certain creatures are born with a higher awareness of the Force than humans. Their brains are different. The Force is a perception of the reality that exists around us. You have to come to learn it. It's not something you just get. It takes many, many years…Anyone who studied and worked hard could learn it. But you would have to do it on your own.”

[Please note: While we were preparing the text for The Making of Star Wars, Lucas added a note to this passage about midi-chlorians, bringing his original words in line with his later thoughts and the events of the prequel trilogy.]

It’s interesting to see, however, that in 1977 Lucas was already talking about creatures with a more natural capacity to interact with the Force; perhaps he was already thinking of a creature such as Yoda. Perhaps, in a way, that idea morphed into Anakin (a “creature” born without a father -- a result of the “will of the Force”).

But the question is, does the advent of midi-chlorians really change anything? Lucas never said that regular people have no midi-chlorians (except when he was joking: “Han Solo has no midi-chlorians. He's a zombie.”). In fact, he said just the opposite. When speaking more seriously about them, he stated: “Midi-chlorians are like a single entity: meaning each one doesn’t think individually and have a life to itself; they think as a unit because there’s so many of them and they’re everywhere. They’re in every single cell [italics added]. And sometimes there’s more than one in a cell. Sometimes there’s a whole bunch in a cell. But there has to be at least one in a cell, otherwise the cell can’t reproduce. All cells. Plant cells. Every life form has a midi-chlorian living inside of them.” [italics added]

So, despite blood-tests that show your aptitude, learning the Force is still like Yoga, or boxing. You might be born more lithe, or bigger and stronger, but, because we all have midi-chlorians in us, we can all develop the Force to lesser or greater extents -- in the world of Star Wars.

In the real world, Lucas may have been making an analogy between the Skywalker line and bloodlines -- a subject that has obsessed royalty throughout history, continuing to this day. But that’s a topic for another blog…

Clones at 20 | 20 Unforgettable Quotes from Star Wars: Attack of the Clones