Rancho Obi-Wan: From dream, to reality to “Experience” 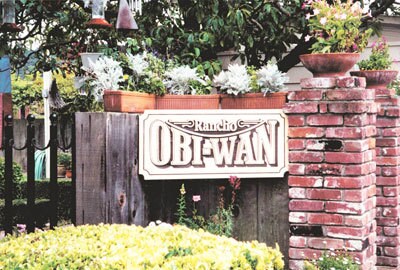 I didn’t set out to amass the world’s largest private collection of Star Wars memorabilia, or WLPCoSWM for you acronym fans. It just kind of happened. It’s like a baby’s first steps: First one tentative foot forward, soon followed by the second, then a quicker third step…and the next thing you know, little Carl Lewis is winning nine Olympic gold medals in Track and Field!

Thus it was with my Star Wars collection. First one 20th Century Fox color brochure rescued from a colleague’s trash can, then some clippings, a screening invitation…and the trickle soon became a flood. At the time, I also had—and continued to add to—a completely separate collection of space toys, from older Japanese tin robots to MEGO Star Trek figures. Don’t think less of me. Those Trek toys eventually led to the National Air & Space Museum’s Star Wars “Magic of Myth” exhibit in 1997—a tale for another time.

The problem was obvious. I lived in a one-story 1,400 square-foot cantilevered house in the hills east of Hollywood with my partner and an adorable mutt named Obi-Wan. As both collections started to grow, space quickly ran out. Our next-door neighbors took pity and let me store my new treasures in large boxes wrapped in giant trash bags in the unfinished foundation area beneath their house—on the dirt. That was OK, until one day they told me they were going to build out the area sometime that year.

Quicker than you can say WLPCoSWM, we tucked a second story under the first, incorporating the large metal stilts that went into the hillside and held up the house. Not two years later, a larger third floor was added under the second. Soon, I set up a Sears storage shed in an abandoned dog run on the hillside. That was later joined by a 1,000 cubic foot self-storage locker nearby. One locker became three; three became five. I realized even then that this was, shall we say, a bit dysfunctional. I even dreamed about buying a house up the street, not to move into, but to use for the collectibles!

I sometimes wonder if, at least subconsciously, part of my motivation for leaving Los Angeles and moving to Northern California to work at Skywalker Ranch was the hope that I might be able to find the perfect place…for the collection. It wasn’t easy. Forget San Francisco or Marin County. Too expensive and not enough space. But I heard about Petaluma from new colleague Don Bies and his wife. A pleasant community of 56,000 with an historic downtown, it was at the gateway to wine country and just a half-hour drive to Skywalker.

The search wasn’t easy. After two months of looking, nothing seemed quite right. There were many homes that suited us, but what about the WLPCoSWM? My real estate agent started looking at houses that had been on the market for a short time but then withdrawn for one reason or another. And that’s how we found our 2-and- a-quarter acres of heaven, now known as Rancho Obi-Wan. I could write a book about the difficult purchase, but I’ll spare you.

The 1951 farmhouse had been remodeled in 1987 and was great. But what literally gave me goose bumps were the barns. Once housing perhaps 20,000 egg-laying hens, they had been converted into a manufacturing facility by the owner. There were no interior walls, insulation, or anything you’d call cozy, but the raised wooden floors of the hen houses had been replaced by solid concrete pads. We had struck gold! 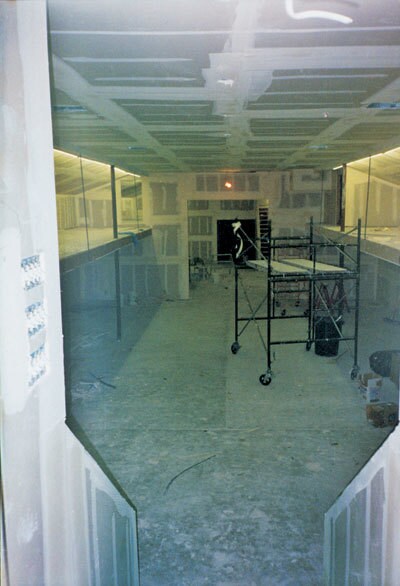 Let’s jump forward 14 years. Today we have a 9,000-square-foot nonprofit membership museum and right now I’m a bit panicked about…space. Again! How do my general manager Anne Neumann and I pack some of the coolest items from the WLPCoSWM into a 20-foot-container to be unloaded into an 800-square-foot space on the exhibit floor of Celebration C VI for the Rancho Obi-Wan Experience? I don’t think freeze-drying will work. Honey I shrunk the collection? Not possible, even with the Large Hadron Collider.

Will we succeed? Check back in two weeks on what is now scheduled as moving day, and follow the “fun” with lots of interim updates on facebook.com/RanchoObiWan.

Steve Sansweet is chief executive of Rancho Obi-Wan, the non-profit museum that houses the WLPCoSWM. To find out about becoming a member or taking a guided tour, visit www.ranchoobiwan.org.