My Favorite Scene: I Am Your Father

No stranger to the sci-fi and fantasy genre, Janina Gavankar has starred in such notable series as Stargate: Atlantis, True Blood, and Arrow. Having majored in Theatre Performance at the University of Illinois at Chicago, she pursued a career in acting after a long time training as a pianist, vocalist, and percussionist. A self-confessed fan, Janina is an avid gamer who was thrilled to earn the part of Iden Versio in Star Wars Battlefront II. Utilizing her vocal training and ranging skillset, Janina gives a powerful performance as the Imperial squad leader.

Way before Bruce Willis realized he was dead, before Keyser Söze lost his limp, The Empire Strikes Back gave us the most misquoted twist of all time. Before we go too deep, let me give you a little backstory on my childhood. I grew up in a suburb of Chicago, called Joliet, and just like a lot of Midwest parents, mine were not too open to me experiencing blockbuster movies, video games, or television... Oh, you were allowed to partake in pop culture? ...I thought.... I see, so it's just mine. My parents, also, weren’t too keen on boys, in relation to romantic possibilities. They knew they existed, but figured I shouldn’t know about them until I was about 16.

This all led to me being a pretty intense kid. My early childhood life consisted of practicing classical music and an insatiable desire to create things like arrangements of Bartok as marimba duos. I reveled in being a contrarian. While every girl was deafening their ears to the Spice Girls, I was listening to Sergei Rachmaninoff (in my opinion, he understood the undercurrents of drama). Basically, I had major pop culture blind spots. I didn't even know what a “re-release of The Empire Strikes Back” meant.

Upon figuring this out, my best friend at the time, Ryan -- who was older and wiser -- threatened to dump me as a friend if I didn't watch the original trilogy with him. Immediately. So, picture awkward-years Janina, on a couch, in the middle of the country, firing up what was probably a laserdisc, and experiencing The Crawl as John Williams' theme blared, with zero points of reference. A Star Wars fan was born.

One of Star Wars’ big themes is hope. This is why The Empire Strikes Back is the best movie in the series, because it dares to strip hope away from everyone. This leads me to my favorite scene.

Finally, the showdown of good and true evil. Luke has abandoned his training to save his friends. My hands squeezed the armrests as an unprepared Luke took lightsaber swipes at the most powerful man in the galaxy. Luke, to my surprise, was impressive with his gymnastics routine, avoiding Vader’s menacing, slasher mentality of always moving forward. Even Vader was impressed.

It all goes downhill from there when Vader begins using the Force to rip debris from walls and hurl it at Luke. As hard as he fights, Vader just throws even more at him, breaking his defenses, backing him onto a catwalk, with nowhere to go but down. I still remember my bones clacking together as I watched Vader stand over a beaten Luke, his arm extended, trying to convince him to come to the dark side. His cold, calculated, mighty voice dropping the bombshell of my childhood, “No… I am your father.”

As Luke clutches where his hand was just chopped off, he and I both shook our heads in disbelief. My mouth was agape. I had never felt so betrayed. Luke had always heard the stories of his father; that he was one of the greatest Jedi/pilots the galaxy had ever seen, and tried to live up to him as best he could. Now, he was before the most evil man in the galaxy, and this is who he'd longed to know and be loved by? I could feel the pain in his heart screaming louder than the pain of his newly severed hand. If our hero's father could be swayed by the dark side...could he? NOOOOooooooo! 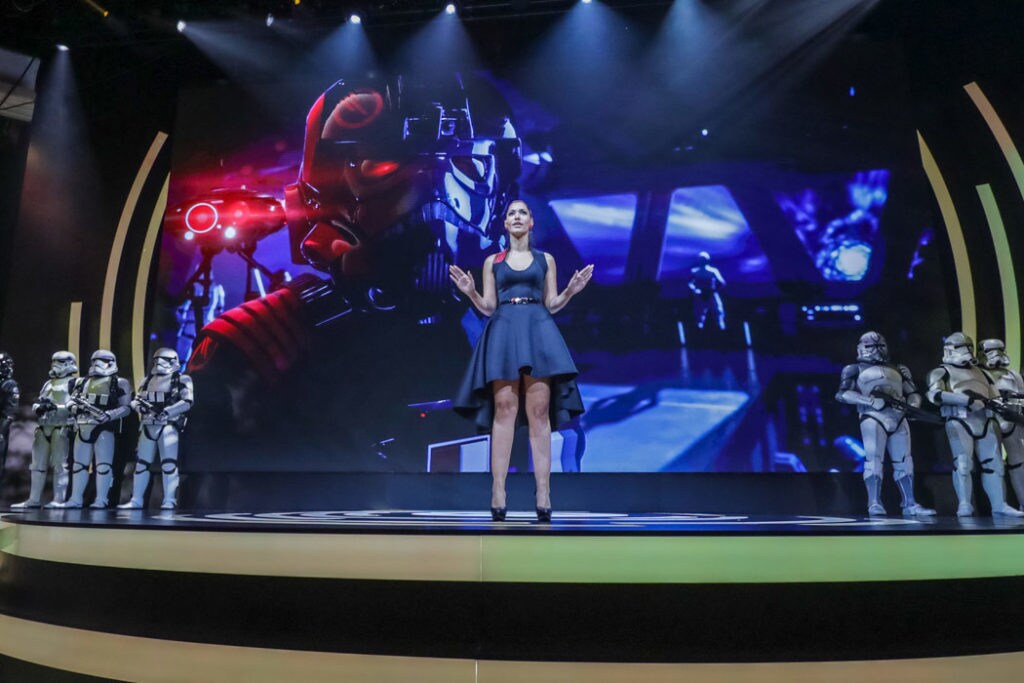 Since starting work on Star Wars Battlefront II, I’ve had the insane, only-dreamed-of opportunity to be a part of the Star Wars family. I have had deep conversations with the Lucasfilm team, superfans, and even proudly call George's son, Jett Lucas, a friend. All of this has allowed me to find new ways to appreciate this scene. Jett recently told me a very interesting character tidbit about Anakin, and the origin of his name: Anakin is based off the Greek goddess of inevitability, Ananke. This made me stop in my tracks. That was what I was always feeling. The slow, burning throttle of inevitability. It was inevitable that Luke and Vader would meet like this. It was inevitable that good would triumph over evil, no matter how long chaos reigned, because it was inevitable that someone would come along. YOU SEE!? YOU GET IT? (I’m sorry for yelling, but when I connected those dots, my mind exploded.)

So there y'have it. That's my favorite scene. And no, I don't have dad issues.

Star Wars Battlefront II: Deluxe Edition is available for preorder now. Deluxe Edition players will have access to the game on November 14, three days in advance of the official November 17 release date.