StarWars.com speaks with Chewbacca himself, Joonas Suotamo, about roast porg and the upcoming Solo: A Star Wars Story.

Stepping into the role of Chewbacca, Joonas Suotamo had -- both literally and figuratively -- some pretty big shoes to fill. (Not Chewie's, of course -- he doesn't wear any.) We're talking about those of Peter Mayhew, the 7-foot-2 actor who played the world's favorite Wookiee since 1977's Star Wars: A New Hope. But beginning with 2015's Star Wars: The Force Awakens, in which he shared the role with and learned from Mayhew, before officially taking over the part for Star Wars: The Last Jedi, Suotamo has captured all of what we love about Chewie: his warmth, his ferocity, his loyalty. His overall walking-carpetness. With Star Wars: The Last Jedi just released on Digital and Movies Anywhere and coming to 4K Ultra HD, Blu-ray, and On-Demand on March 27 -- and with Solo: A Star Wars Story just around the corner -- StarWars.com caught up with the 6-foot-11 Finland native for a brief Chewie chat. (For more with Suotamo, be sure to check out this week's Star Wars Show, which you can watch below.)

StarWars.com: What was it like the first time you put on the costume?

Joonas Suotamo: The first time I put on the costume, [head of creature effects] Neal Scanlan's dog was in the creature effects shop. And I freaked the hell out of that dog. [Laughs] It was so scared, and it was running around. Some dogs can't handle the big, furry, walking...

Joonas Suotamo: [Laughs] Yeah. But I remember looking in the mirror and thinking, "Oh, wow. This is going to be special." The next time I put it on was my first day and walking onto the Millennium Falcon. It was quite crazy.

StarWars.com: I wanted to ask about one scene in The Force Awakens. I know that you and Peter [Mayhew] both worked on that movie. It has my favorite Chewbacca moment, which is his reaction to Han's death. What can you tell me about working on that scene?

Joonas Suotamo: It was a very quiet day at the office, because Han's death had been filmed right before that, and it was very emotional. It felt like, "This is heavy stuff." I just tried to do the best that I could, you know? And with J.J. [Abrams]' awesome direction, we got through it. It wasn't too different from any other stuff that we'd filmed, because we filmed it separately. They filmed Han's death, a couple of hours passed, and then we filmed the other stuff that happens around that. Yeah, I remember it being a more solemn day than the other days, absolutely.

StarWars.com: So in The Last Jedi, there's a sequence where Chewbacca roasts some porgs. 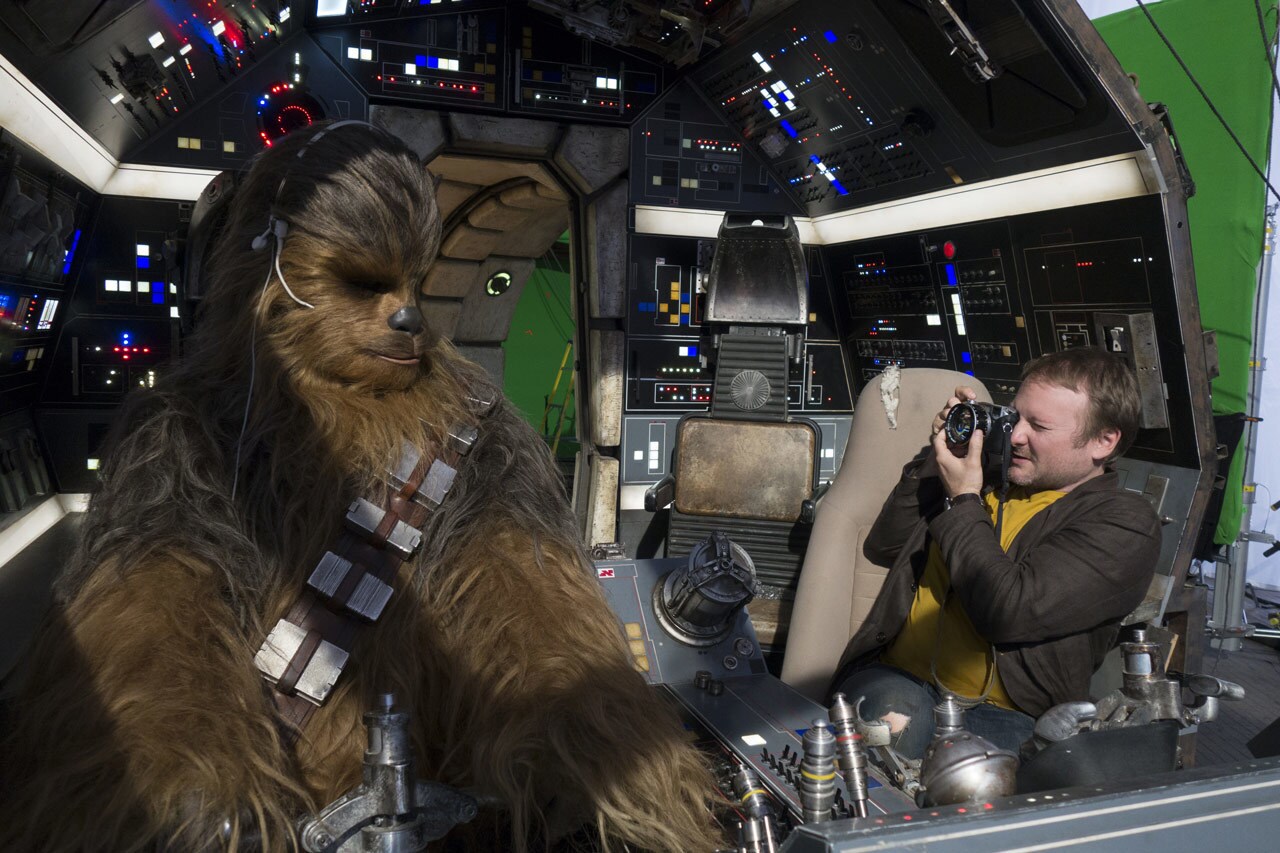 StarWars.com: What was your take on porgs as you were gearing up to shoot?

Joonas Suotamo: Yeah... I knew we were going to do the porg roasting and there were going to be some awkward moments in that shot. But I wasn't shown any footage of what the porgs would actually look like, so it was very hard to get into the mindset. After I saw it in the finished film, I realized exactly what Chewie was going through, and I thought Rian [Johnson] did an amazing job directing me in that scene, because it was so difficult.

StarWars.com: What did he tell you?

Joonas Suotamo: We had two different eye lines for the porgs, and I was supposed to turn away from the first porgs, and then see this whole batch of new, cute-looking porgs. And he was just taking me through the beats one by one, because I remember struggling a little bit because of not being able to visualize it in my head. But in the end, I think we got a great scene out of that. I was very happy with that scene. 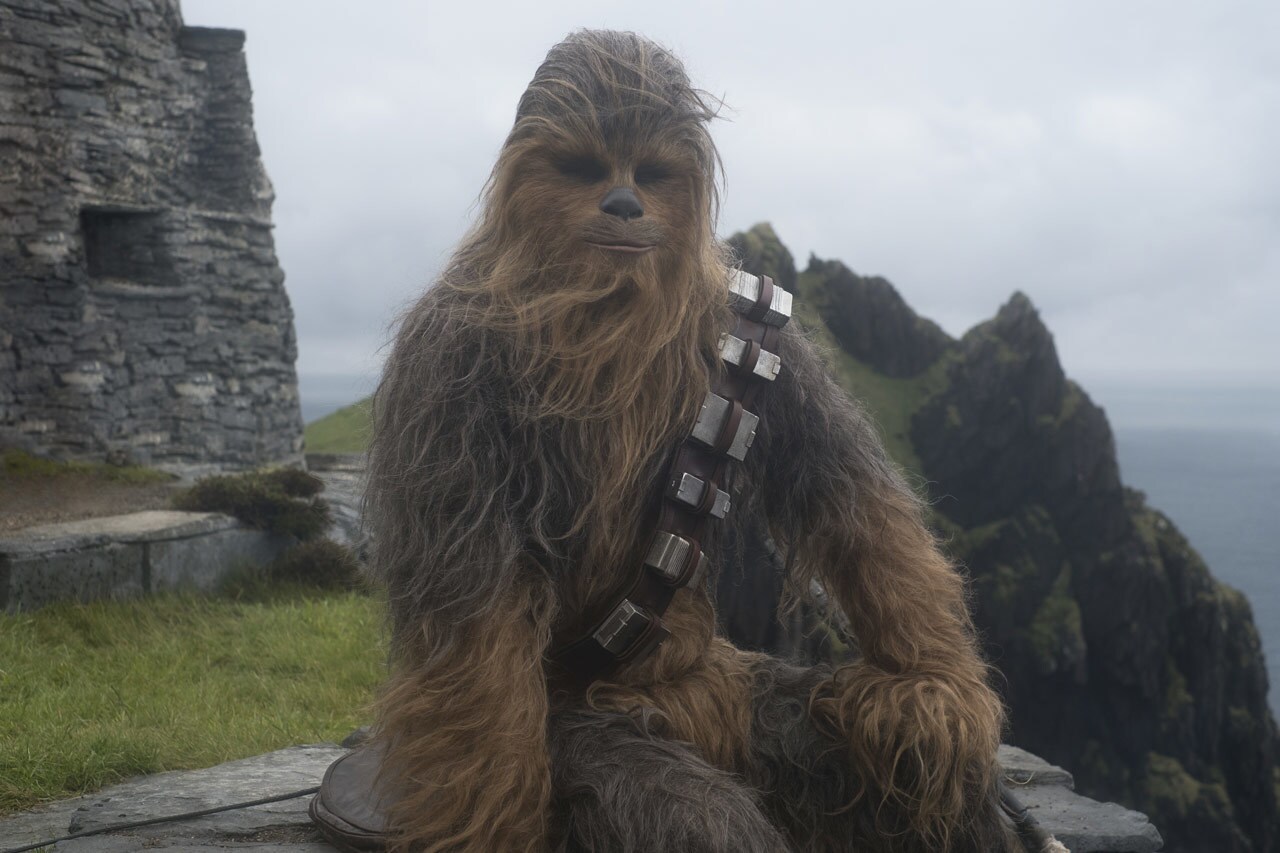 StarWars.com: Do you feel like how you view the character or how you play him as evolved or changed since you first put on the costume and stepped onto the Falcon?

Joonas Suotamo: Hmmm. I think it has, yeah. I think I'm now more relaxed and confident in the suit, and I can get it right in terms of movements and Chewbacca-likeness in fewer tries. Whereas in Force Awakens, I had to run to the monitors constantly and look at the performance, but now it's become easier.

StarWars.com: I was curious how kids are reacting to you, especially after things like the roast-porg scene.

Joonas Suotamo: Oh, yeah. Well, they haven't been too bad. You know, they're kind of accepting that that's the way [Chewie is]. [Laughs]

Joonas Suotamo: Exactly, yeah. We all make mistakes, and that's true for Wookiees too, you know? 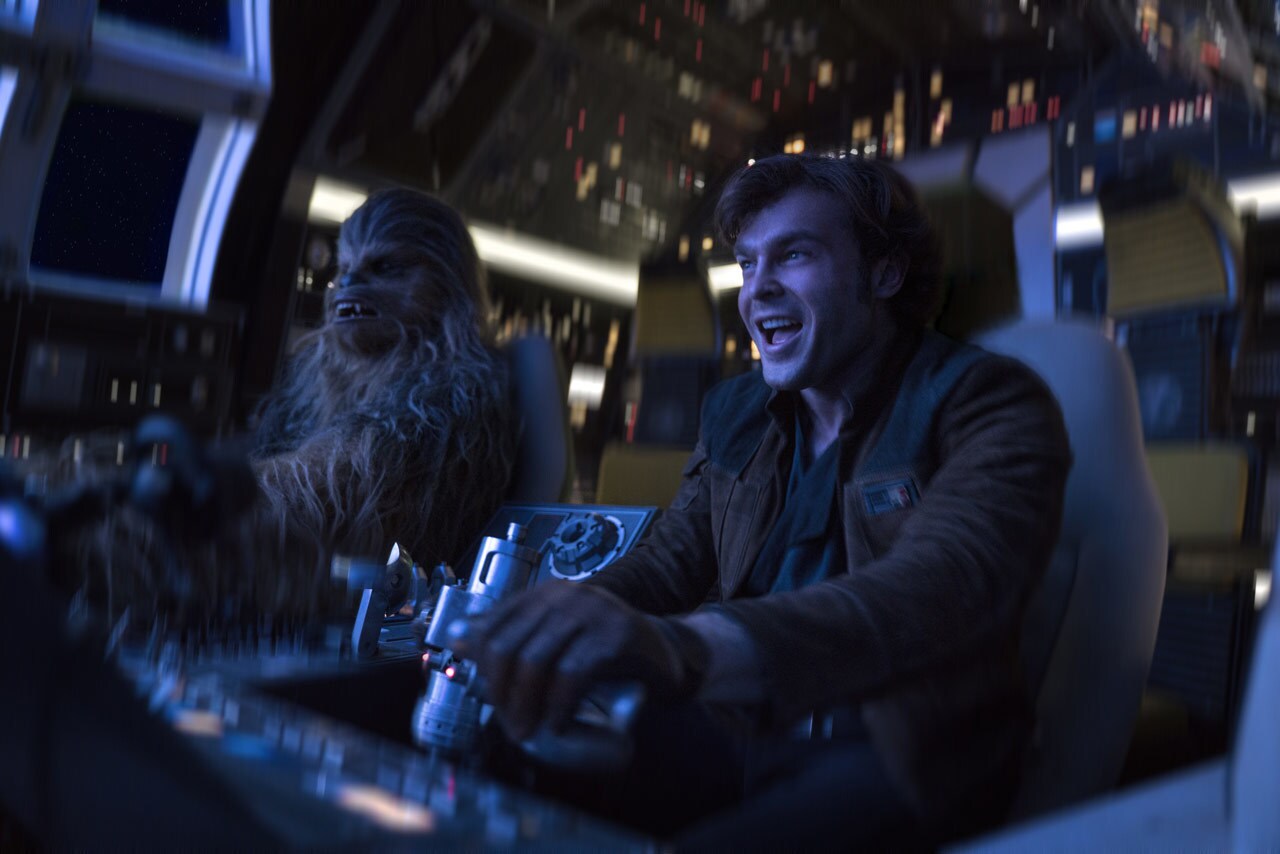 StarWars.com: I know we can't talk too much about Solo. But in many ways, it seems like this is more of a starring role for Chewbacca. So what was the experience like for you?

Joonas Suotamo: It was wonderful. Lots of shooting days, lots of hours. Sometimes a little bit of frustration for all the sweat [Laughs] and lack of bathroom breaks. But after everything, it was worth it. It was so much fun doing all of this and going on this adventure with this multi-talented cast.

StarWars.com: Is there any way that you altered your performance to show Chewbacca at this different point in his life?

StarWars.com: Have they improved the Chewbacca suit at all since you started?

Joonas Suotamo: I think it's the same! I think it's really, pretty much the same that they used in the original trilogy. Stuart Freeborn, who created this mask, was a genius. I mean, unbelievable work.

StarWars.com: But it also seems like it must be a thousand degrees in that thing.

Joonas Suotamo: [Laughs] Uh, yeah. It gets pretty hot. But it's alleviable with a few fans. They just bring that and shoot me with it when I'm sitting down, resting between shots, and I'm cool in a matter of minutes. 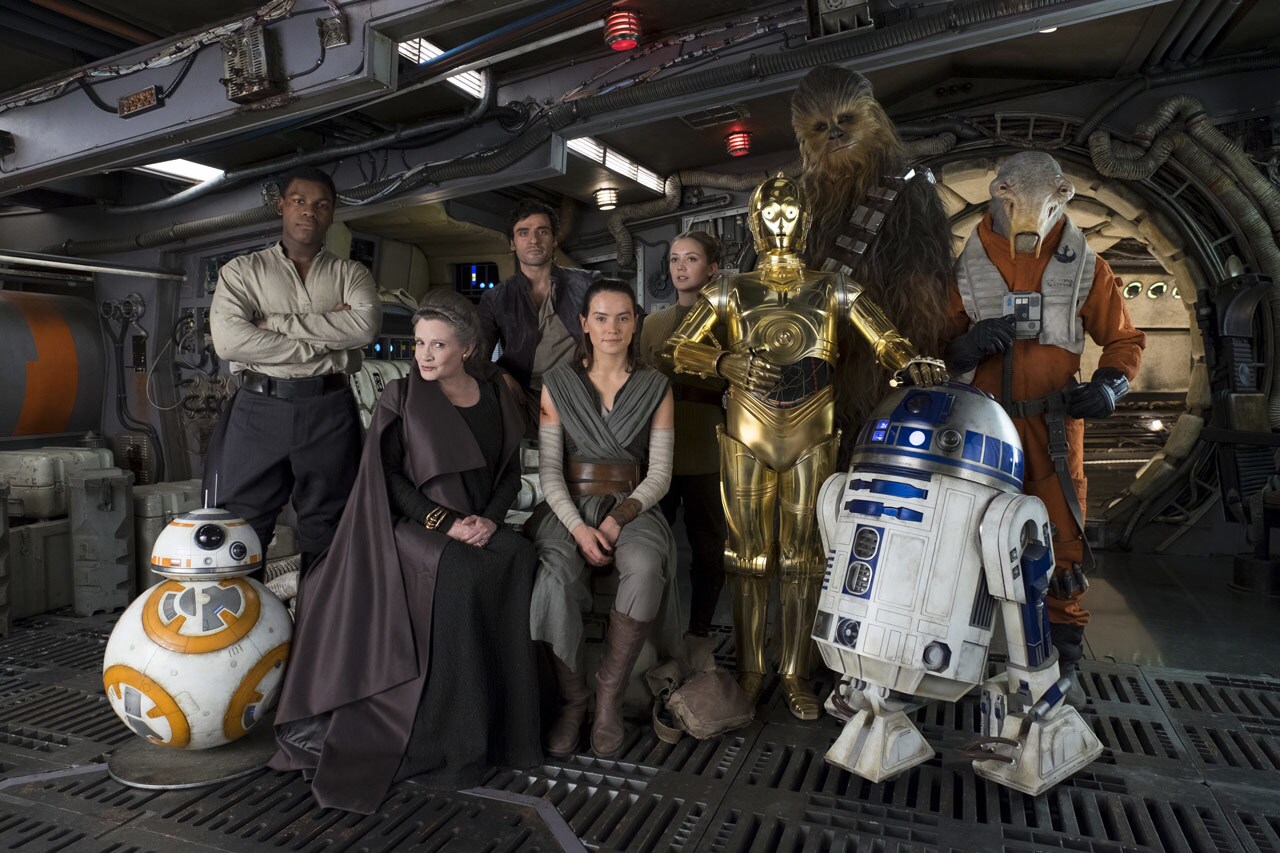 StarWars.com: I guess I'd just wrap up by asking: What's it like to be Chewbacca?

Joonas Suotamo: It's a privilege unlike any other. With relative anonymity, you can bring joy to so many, and at the same time you're giving people the opportunity to reminisce about their childhoods -- and giving people big, hairy hugs. So it's a wonderful job. [Laughs]

Check out Joonas on the latest episode of The Star Wars Show below!

Star Wars: The Last Jedi is available now on Digital and via Movies Anywhere, and comes to 4K Ultra HD, Blu-ray, and On-Demand on March 27.