In "Vader Down," Marvel's upcoming crossover event, the Dark Lord that everyone fears is in a shocking situation -- stranded and facing defeat. With the Rebel army closing in on his position, Vader finds himself in a similar predicament faced by Luke Skywalker in The Empire Strikes Back. But while Luke relied on his friends to come to his aid, Vader's only chance of survival is to do things the Sith way. He's on his own, he's cornered, and he's desperate.

That makes the chances bleak...for the Rebels.

Check out the cover to Darth Vader #15 -- the grand finale of "Vader Down" -- below. Illustrated by Mark Brooks, it features Vader in the presence of some unfavorable company. 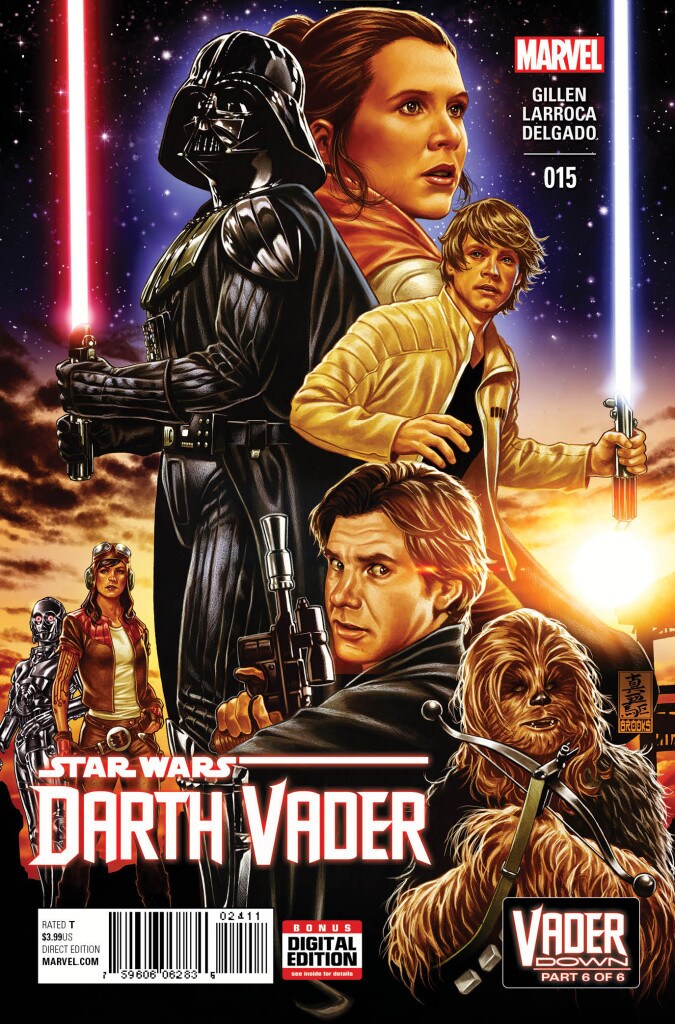 Stay tuned to Marvel.com and StarWars.com for more on Star Wars comics!