When is a seat belt more than a seat belt? It isn't a riddle. It's a description of Harveys handbags and accessories. Their animal-friendly purses are made in the United States from seat belts. And now, for the first time ever, Harveys is visiting the Star Wars galaxy, with a new line that just launched on Star Wars Day.

Harveys' founders, husband and wife Dana and Melanie Harvey, tells StarWars.com it all started when they were restoring a vintage car. "When we first got married, we were restoring an old 1950 Buick. They didn't come with seat belts back then, so being safety conscious, we wanted to add them," Dana shares. "Then Melanie suggested it would be really cool to have a matching bag. With my background I knew how to sew, and my grandmother had taught me how to weave baskets. She's native to New Zealand and Polynesian, so when I was a kid, we would weave these baskets. I thought, 'Wow, that'd be cool to do with the seat belt.' The very first seat belt bags are actually woven. And now we have a niche of being the company that uses seat belts."

They started Harveys in 1997. Their handbags have devoted fans -- fans that have been requesting Star Wars designs for a long time. Dana's and Melanie's long histories with being fans of Star Wars meant they'd already put thought into what they would do if they had the opportunity to work with Lucasfilm. Melanie recalls seeing Star Wars: A New Hope in theaters. "I was seven years old when that happened. I remember my dad taking us, my siblings and myself, to the movie theater in Southern California to see Star Wars. And I especially remember seeing this incredibly huge crowd that had been lined up for a day. Even though I was little, I could grasp how incredible that movie was."

Dana was in a different part of the world, but he had almost the same experience. "I grew up in New Zealand, so we got the movie about a year later. There was a lot of anticipation for it to come. We lived in Auckland, which is kind of a big city, and I remember going to see Star Wars in the theater at least 10 times when I was a kid. I got into the action figures and used to make homemade aircraft for them," he says.

Their connections to the story meant they were able to hit the ground running with a couple of concepts rooted in the original trilogy. Melanie points out, "Something that we always do is start at the beginning of a movie. Since we do that, we're starting with Episode IV." They tease more could come later. 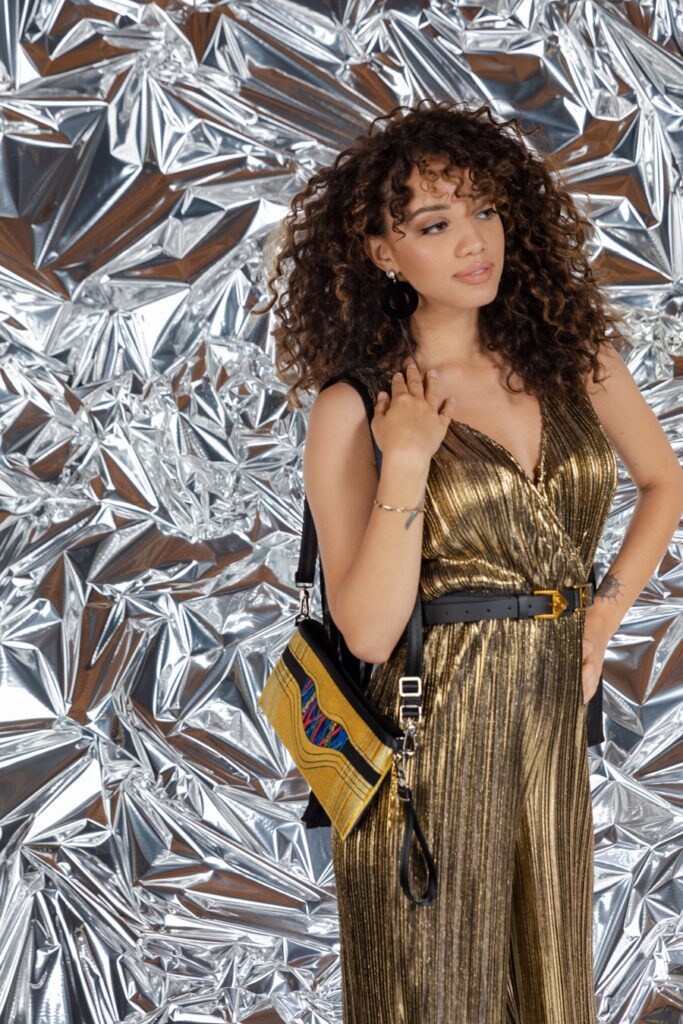 Two bags in the line pay tribute to droid best buddies C-3PO and R2-D2. They feature fibers that capture the droids' shiny exteriors, and Dana remarks they have to get creative since they only use seat belts. "We incorporated certain fibers to give the droid bags a metallic look and feel to it. Through the years we’ve developed the printing process on the seat belt, but it's actual, genuine seat belt that we still get from the manufacturers that supply a lot of the automakers in the United States."

Dana also notes the R2-D2 backpack is particularly special to him: "My very first Star Wars toy was R2-D2. I remember I carried him around til all the paint pretty much slipped off." 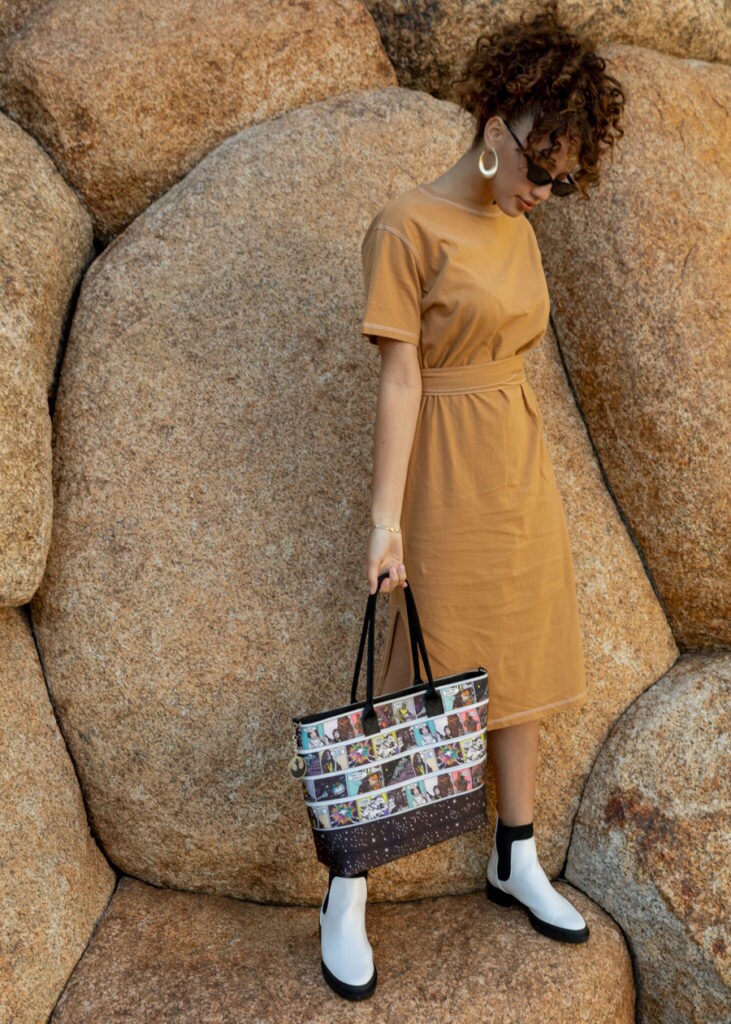 The linear strip of the seat belt lent itself perfectly to rows from comic books. The images of the characters are right from classic Marvel Comics. "We picked and chose all the different cells because we wanted to have different characters. We had to make sure that the repeating pattern clean too," Dana enthuses. "Then we did play with the colors a little bit."

Melanie adds, "We toned it down a bit because some of the original ones are just a little bright. We definitely had a collaborative effort with Lucasfilm and Disney to push the boundaries." 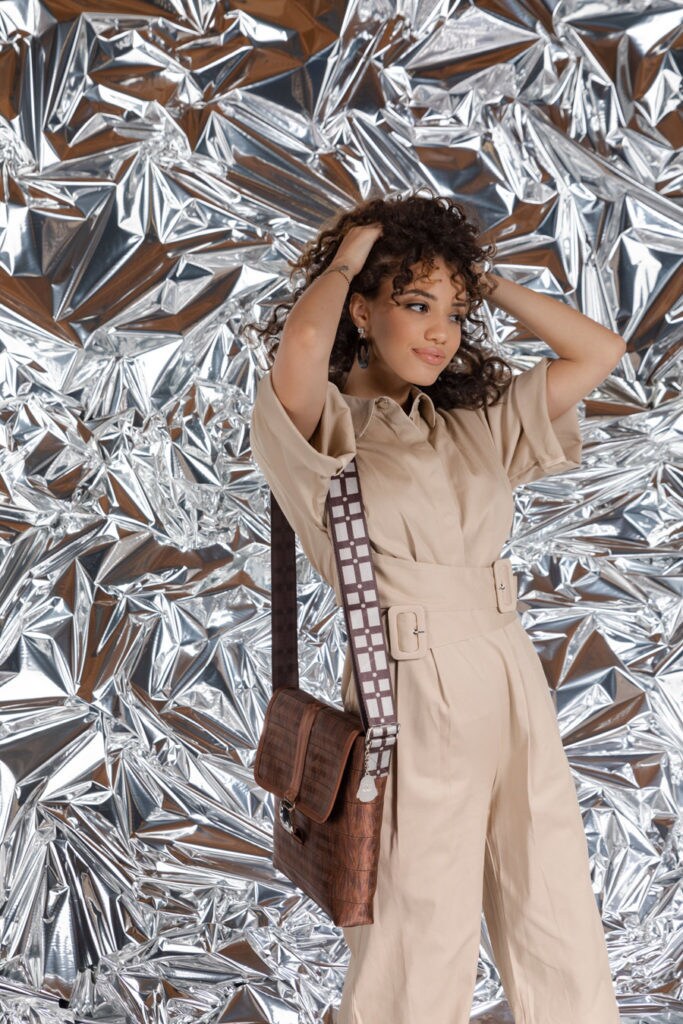 The Chewbacca purse strap features the Wookiee's iconic bandolier. Incorporating the little things is all part of the magic. "We definitely try to layer in as much as we can to really surprise and delight our customers,” Melanie says. “They really appreciate that. That's part of the lure, right?" Related to the special touches they try to include in the design of their bags, the zippers for the collection have a nod to lightsabers. "The zip pull is a lightsaber, and we made the zipper teeth from this new product that's almost like a glowing lightsaber," Dana reveals. "That's one of my favorite pieces on the bags; when you zip it together, one side is blue like Luke's lightsaber, and then the other side is red like Darth Vader's. When you zip it up, it's almost like the lightsabers are clashing and then they unzip and separate."

And much like Star Wars, Harveys line promises to bring with it a layer of authenticity. "It is fun to layer in these details and just really try to capture the story in the product, and do those little things that combines an overall experience of the product."