Get ready for Patty Jenkins’ Rogue Squadron film, an Ahsoka Tano live-action series, the return of Hayden Christensen and much, much more.

Today at The Walt Disney Company’s Investor Day event, Lucasfilm president Kathleen Kennedy announced a staggering number of new films, series, and surprises that will expand the Star Wars galaxy like never before. 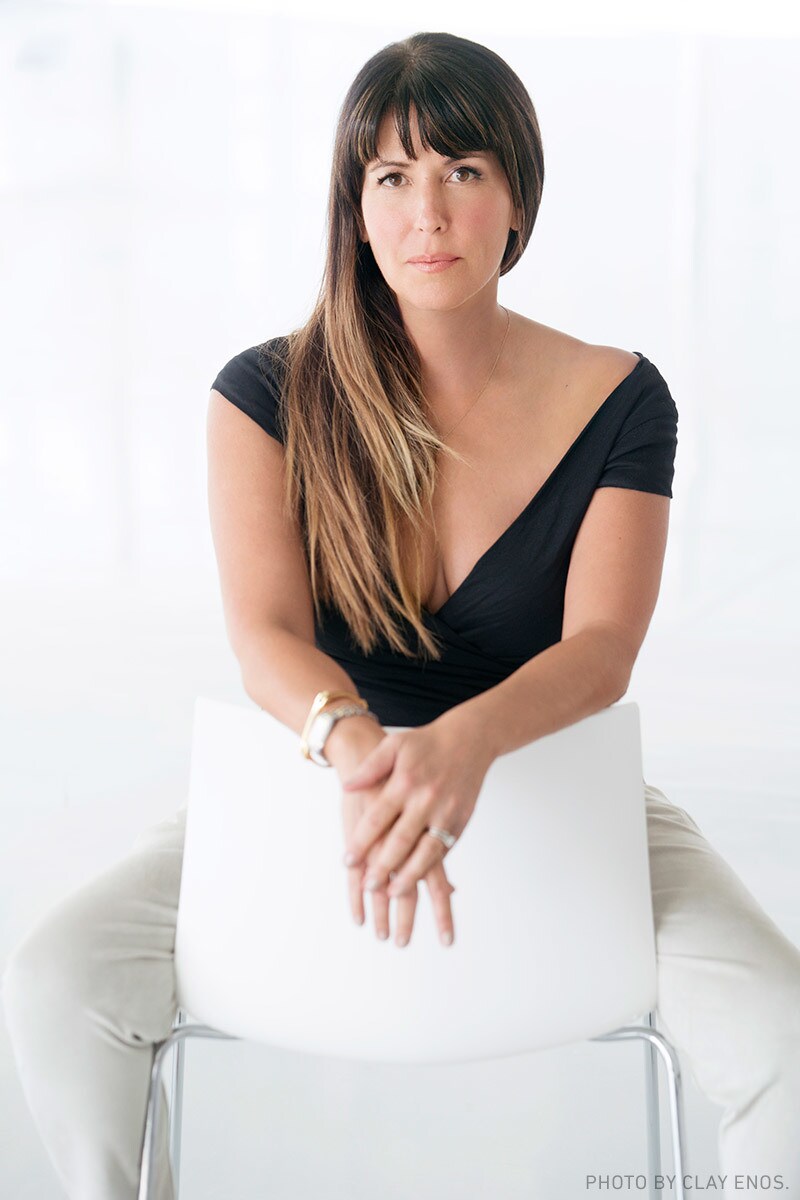 The next Star Wars feature film will be Rogue Squadron -- directed by Patty Jenkins (Wonder Woman franchise). The story will introduce a new generation of starfighter pilots as they earn their wings and risk their lives in a boundary-pushing, high-speed thrill-ride, and move the saga into the future era of the galaxy.

"It’s been a lifelong dream as a filmmaker to one day make a great fighter pilot film,” said Jenkins. “As the daughter of a great fighter pilot myself, some of the best memories of my life are of seeing my father's squadron take off in their F4s every morning, and hearing and feeling the awe-inspiring power and grace. When he passed away in service to this country it ignited a burning desire to one day channel all of those emotions into one great film. When the perfect story arrived in combination with another true love of mine, the incomparable world of Star Wars, I knew I'd finally found my next film. I'm extremely honored and excited to take it on, and grateful to Lucasfilm, Disney, and the fans for extending that thrill to me.”

“Patty has established herself as one of the top directors working in the film industry today,” said Lucasfilm president Kathleen Kennedy. “She's a visionary who knows how to strike the balance between action and heart, and I can't wait to see what she does in the Star Wars galaxy.”

A brand-new Star Wars feature with acclaimed filmmaker and Academy Award-winner Taika Waititi is in development. “Taika’s approach to Star Wars will be fresh, unexpected, and…unique,” said Kennedy. “His enormous talent and sense of humor will ensure that audiences are in for an unforgettable ride.” 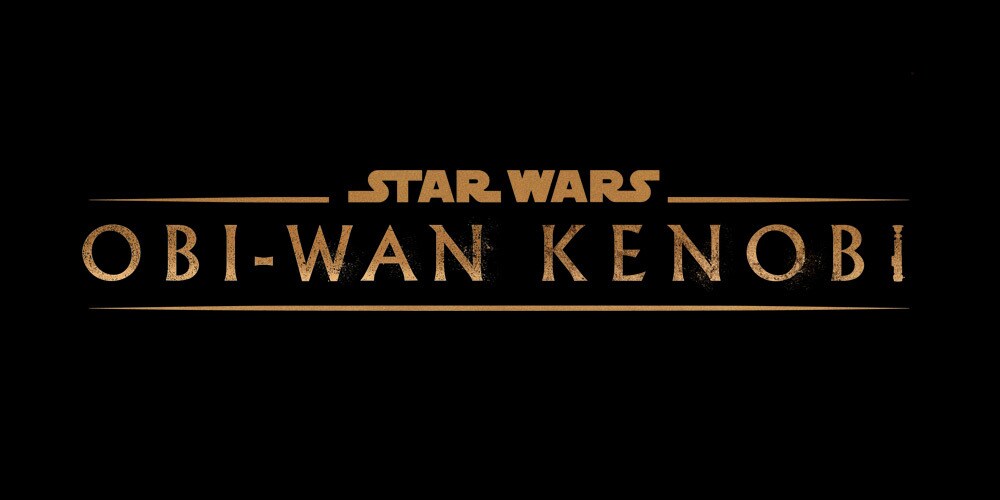 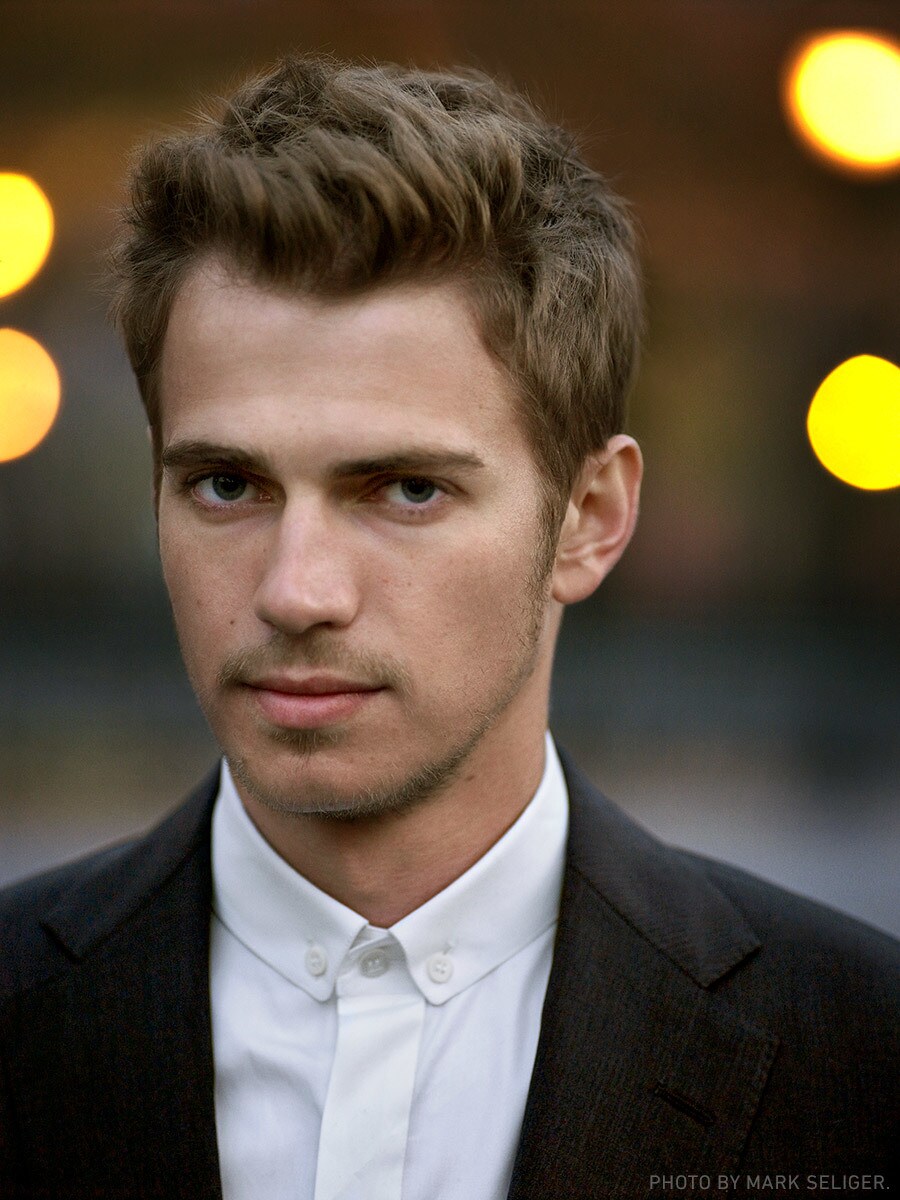 Last August at D23 Expo, Lucasfilm announced the return of Ewan McGregor in the iconic role of Jedi Master Obi-Wan Kenobi for a special event series on Disney+. Officially titled Obi-Wan Kenobi, the series begins 10 years after the dramatic events of Star Wars: Revenge of the Sith where he faced his greatest defeat, the downfall and corruption of his best friend and Jedi apprentice, Anakin Skywalker turned evil Sith Lord Darth Vader. The series is directed by Deborah Chow, who helmed memorable episodes of The Mandalorian Season 1.

This will truly be a day long remembered, as it was confirmed that Hayden Christensen will be returning as Darth Vader. “This will be the rematch of the century,” Kennedy said.

"It was such an incredible journey playing Anakin Skywalker,” said Christensen. “Of course, Anakin and Obi-Wan weren’t on the greatest of terms when we last saw them... It will be interesting to see what an amazing director like Deborah Chow has in store for us all. I'm excited to work with Ewan again. It feels good to be back." 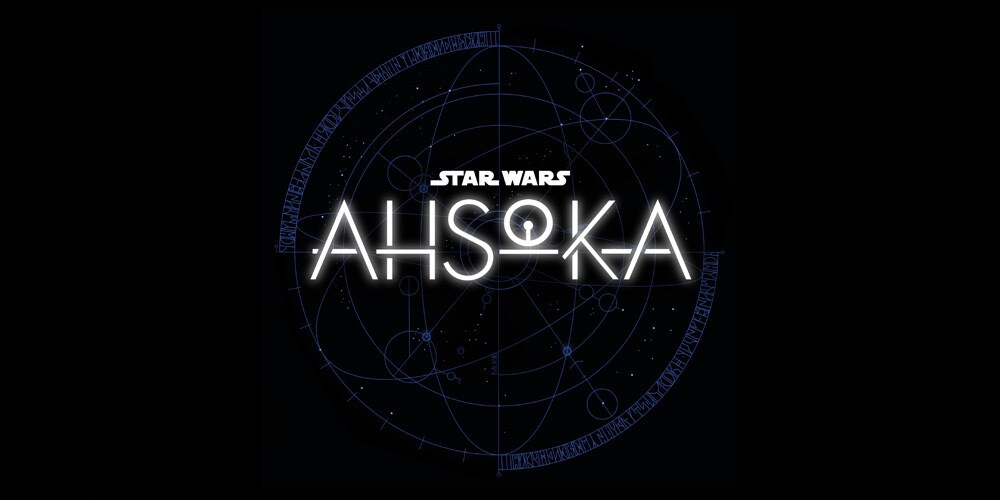 After making her long awaited live-action debut in The Mandalorian, Ahsoka Tano’s story, written by Dave Filoni, will continue in a limited series starring Rosario Dawson and executive produced by Dave Filoni and Jon Favreau. 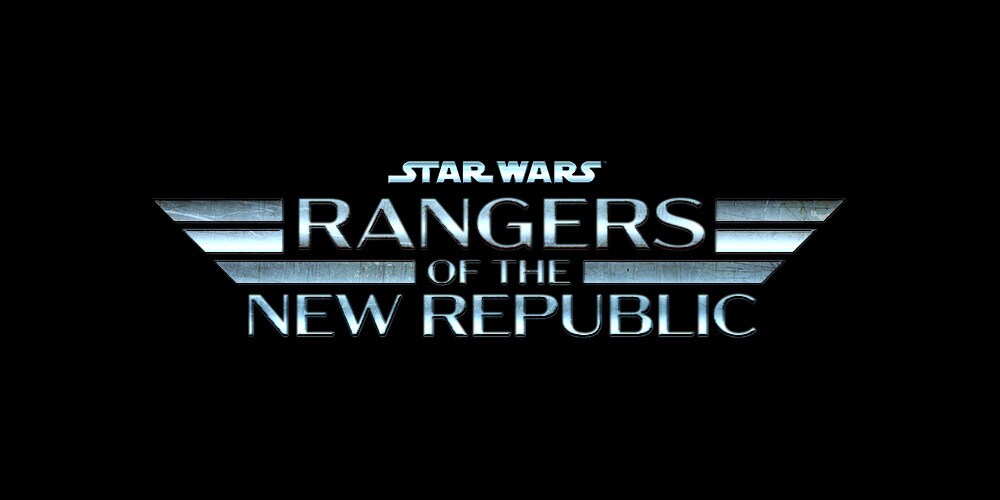 Rangers of the New Republic

Set within the timeline of The Mandalorian, this new live-action series from executive producers Jon Favreau and Dave Filoni will intersect with future stories and culminate into a climactic story event.

Everyone’s favorite scoundrel Lando Calrissian will return in a brand-new event series for Disney+. Justin Simien, creator of the critically-acclaimed Dear White People and a huge Star Wars fan, is developing the story. 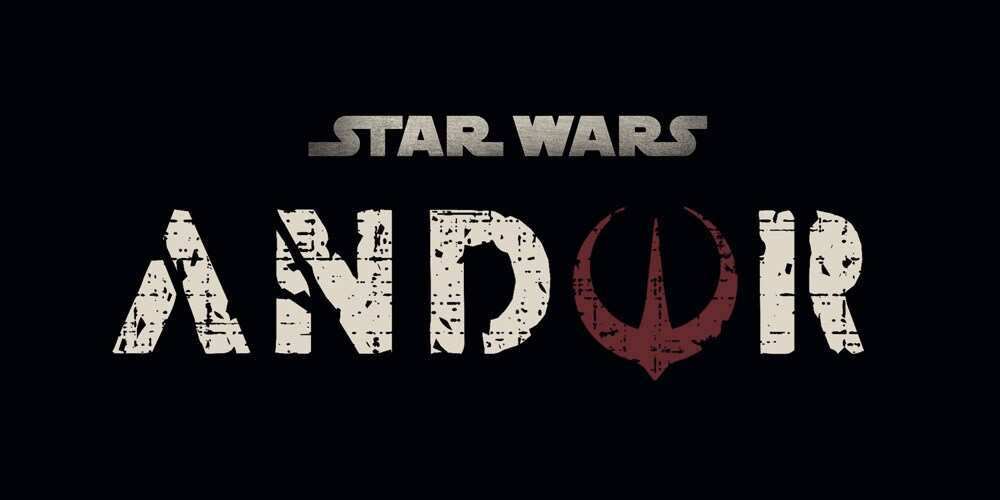 Andor, a tense nail-biting spy thriller created by Tony Gilroy, is set to arrive on Disney+ in 2022. Diego Luna, reprising the role of rebel spy Cassian Andor from Rogue One, will be joined by a fantastic new cast that includes Stellan Skarsgard, Adria Arjona, Fiona Shaw, Denise Gough, Kyle Soller, and Genevieve O’Reilly as Mon Mothma. Production kicked off three weeks ago in London.

Leslye Headland, Emmy Award-nominated creator of the mind-bending series Russian Doll, brings a new Star Wars series to Disney+ with The Acolyte. The Acolyte is a mystery-thriller that will take the audience into a galaxy of shadowy secrets and emerging dark side powers in the final days of the High Republic era. 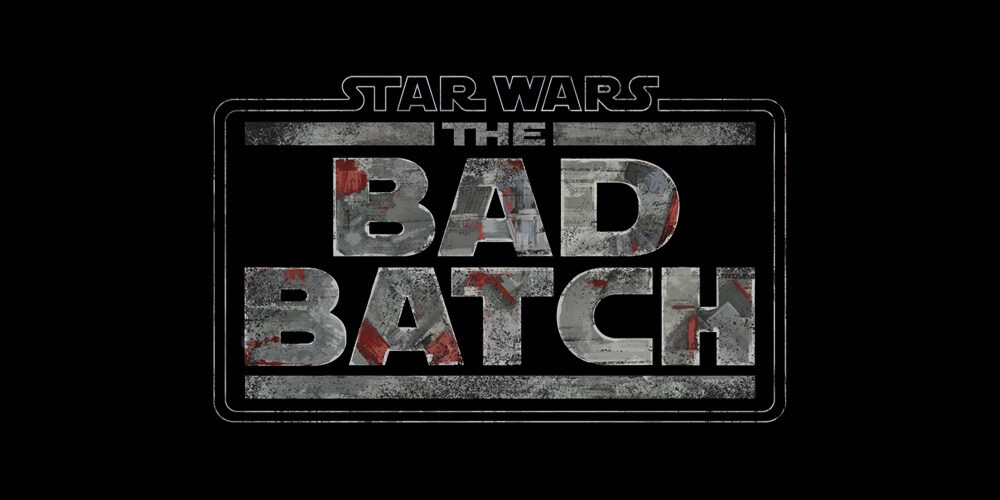 The series follows the elite and experimental clones of the Bad Batch (first introduced in The Clone Wars) as they find their way in a rapidly changing galaxy in the immediate aftermath of the Clone War. Members of Bad Batch -- a unique squad of clones who vary genetically from their brothers in the Clone Army -- each possess a singular exceptional skill which makes them extraordinarily effective soldiers and a formidable crew. In the post-Clone War era, they will take on daring mercenary missions as they struggle to stay afloat and find new purpose.

The animated series will arrive exclusively on Disney+. 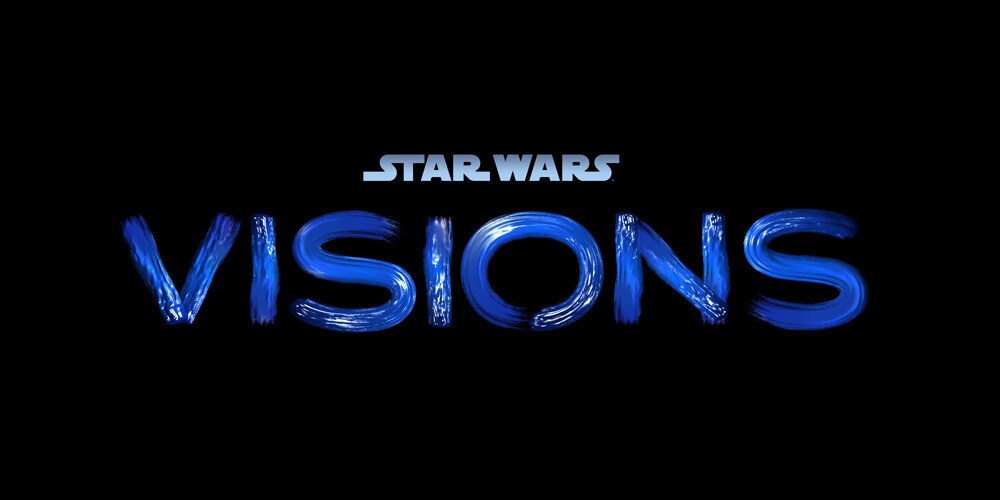 Presenting all-new, creative takes on the galaxy far, far away, Star Wars: Visions will be a series of animated short films celebrating Star Wars through the lens of the world’s best anime creators. The anthology collection will bring fantastic visions from several of the leading Japanese anime studios, offering a fresh and diverse cultural perspective to Star Wars.

As Lucasfilm continues to develop new stories, the intersection of animation and visual effects offers new opportunities to explore. Lucasfilm Animation will be teaming up with Lucasfilm’s visual effects team, Industrial Light & Magic, to develop a special Star Wars adventure for Disney+, A Droid Story. This epic journey will introduce us to a new hero, guided by legendary duo R2-D2 and C-3PO.

Lucasfilm is currently in pre-production on the next installment of the Indiana Jones franchise. At the helm is James Mangold, director of the Academy Award-winning Ford v Ferrari, and Indy himself, Harrison Ford, will be back to continue his iconic character’s journey. Indy will begin shooting late spring of 2021 and will arrive July 2022. 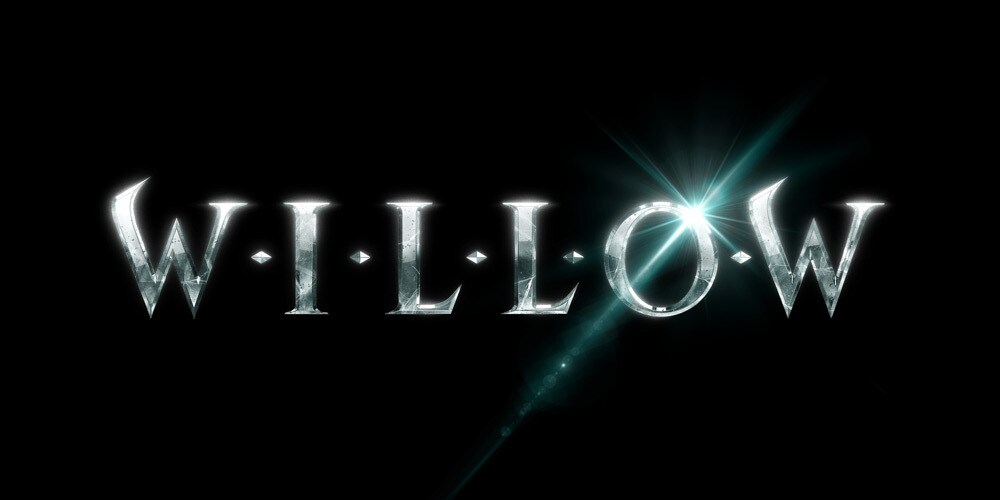 Willow, coming to Disney+, will be set decades after Ron Howard’s 1988 movie, continuing the spirit of adventure, heroics, and humor of the original film. Warwick Davis will return in the role of the great sorcerer, Willow Ufgood. Willow begins shooting next March in Wales and will debut on Disney+ in 2022.

Finally, the Lucasfilm catalog is expanding further with a story that will introduce a new hero and explore an original world that feels perfectly paired with Lucasfilm storytelling: Tomi Adeyemi’s New York Times bestselling novel Children of Blood & Bone. The story will center around a young African girl’s heart-racing quest to restore magic to her forsaken people, the Maji. Lucasfilm will partner with 20th Century Studios on this coming-of-age adventure.