From a Certain Point of View: Who is the Best New Character in Solo: A Star Wars Story?

From Beckett and his gang to the Cloud-Riders and their mysterious leader Enfys Nest, there are plenty of new faces to choose from in the standalone film.

One of the great things about Star Wars is that it inspires endless debates and opinions on a wide array of topics. Best bounty hunter? Most powerful Jedi? Does Salacious Crumb have the best haircut in the saga? In that spirit, StarWars.com presents From a Certain Point of View: a series of point-counterpoints on some of the biggest — and most fun — Star Wars issues. In this installment, to mark the launch of Solo: A Star Wars Story on Disney+, two StarWars.com writers choose who they believe to be the best new character in the film. 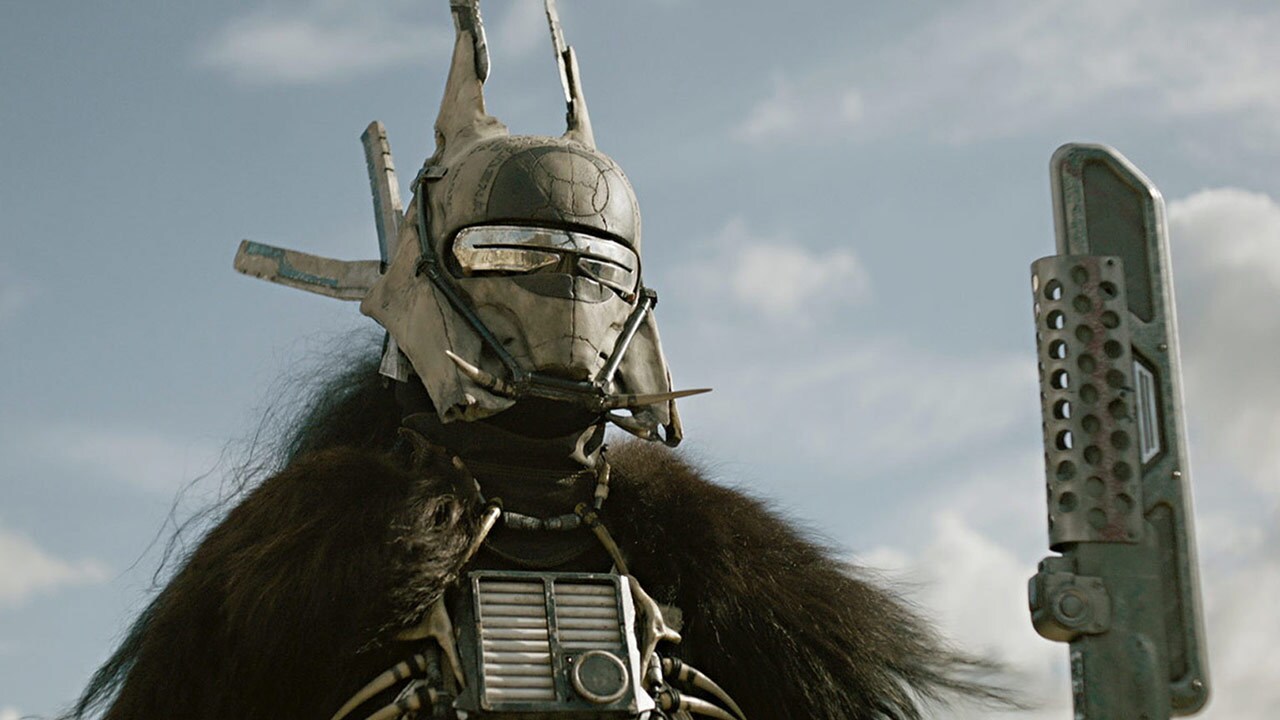 There's a lot to love about Enfys Nest even with so much about the character still shrouded in mystery.

She's a fierce warrior, like her mother before her, concealing her identity behind tribal-inspired armor and an unforgettable helmet inscribed with the words, "Until we reach the last edge, the last opening, the last star, and can go no higher."

As the leader of the Cloud-Riders swoop gang she is commanding yet never hesitates to join the fray. She's as agile on a swoop bike as she is wielding her electroripper staff on the top of a moving conveyex.

She materializes on Savereen ushered in by one of the best musical themes in the entire film.

But the real reason Enfys Nest is the best new character in the film is the way she unspools the story of her purpose, one of so many tiny seeds of rebellion sparking hope in a galaxy being crushed by the Empire. After revealing her face, Enfys tells the story of Crimson Dawn's unspeakable crimes, pillaging the galaxy and silencing all those who stood in their way. As a storyteller, she's completely enthralling, but the tale she weaves is more than an inspiring speech. The marauders she leads are all orphans of tyrannized planets, banding together to fight back.

Enfys Nest and the Cloud-Riders are fighting for justice in an unjust galaxy, risking everything in the hopes of making a better tomorrow. She personifies the very hope and resilience that will one day keep the Rebel Alliance and later the Resistance going despite defeats, betrayals, and setbacks. Her existence, and yes her story, is a reminder that galaxy-altering change begins when individuals band together and in one voice shout back, "No more!"

Plus, if you read the novelization, you'll find out exactly who Enfys Nest is working with to fuel the rebellion with all that hard-won coaxium!

Qi’ra is one of the most intriguing new characters in any Star Wars story, says Kelly.

First of all, absolutely sign me up for the Enfys Nest Fan Club! I’ll even be vice-president. But it’s Han Solo’s childhood friend Qi’ra who really captured my imagination the first time I watched Solo: A Star Wars Story. She’s the closest Star Wars has to a leading femme fatale, but rather than lead Han Solo astray, her affection for the would-be scoundrel saves him on more than one occasion. Qi’ra is an enigma and a woman who does whatever it takes to stay in the game, but she’s still capable of kindness. I’m dying to know where her choices lead her next.

Qi’ra is young, beautiful, and knows how to use everything she’s got to her own advantage. Enemies underestimate her just long enough to be taken down either by her sharp intellect or a swift kick thanks to her formidable Teräs Käsi skills. She knows when and how to play it cool and makes an effort to never betray her true emotions. But even Qi’ra can’t hide her feelings for Han Solo. Her eyes give away her genuine affection every time she looks at him.

As one of Crimson Dawn’s highest-ranking members, Qi’ra had to do unspeakable things to rise to the position. (If even Dryden Vos says they were terrible, it had to be pretty bad.) She’ll do what it takes to stay alive -- except betray Han, even when given the chance. Her life isn’t an easy one and the stakes are very real. “It’s not that kind of game, Han,” she tells her longtime friend. “The object isn’t to win, it’s just to stay in it as long as you can.”

The cunning Corellian is a survivor, but she never loses her sense of compassion, as we see when she was willing to go along with the plan to help Enfys Nest and the burgeoning rebellion. Could she have seen it as an opportunity to get rid of her cruel boss? Perhaps. Or maybe she has a soft spot for the underdogs, being one herself for so long.

Qi’ra makes the deliberate choice to remain in the criminal organization when she could have easily escaped after Dryden Vos’s death. Brave enough to reach out to Maul and brazenly lie to the former Sith, Qi’ra leaves Han Solo behind to take a powerful role in the organization. Is she leaving for her own ambitions, or does she feel like she’s saving Han by living her life on a different path from his? You never know with someone as clever as Qi’ra. Here’s hoping we see her again in future stories to find out where that path takes her.

Do you agree with Kristin or is Kelly right? Maybe they’re both wrong! Let us know in the comments.

Watch Solo: A Star Wars Story and all of your favorite Star Wars movies and series on Disney+.

Kelly Knox writes features and DIYs for StarWars.com. Her writing can also be seen on other platforms across many fandoms. Follow her on Twitter at @kelly_knox. to talk Star Wars, games, and crafts.