Learn about the design evolution of the Titan and more!

The second season of Star Wars Resistance is here! In Season Two, pilot Kazuda “Kaz” Xiono and his friends aboard the Colossus search for the Resistance base, but the First Order is in close pursuit. Visit StarWars.com following each episode for “Bucket’s List Extra,” an expansion of our weekly fun-facts video series Bucket’s List, often featuring never-before-seen concept art and stills from the show. In this installment, we look at “Station to Station.” 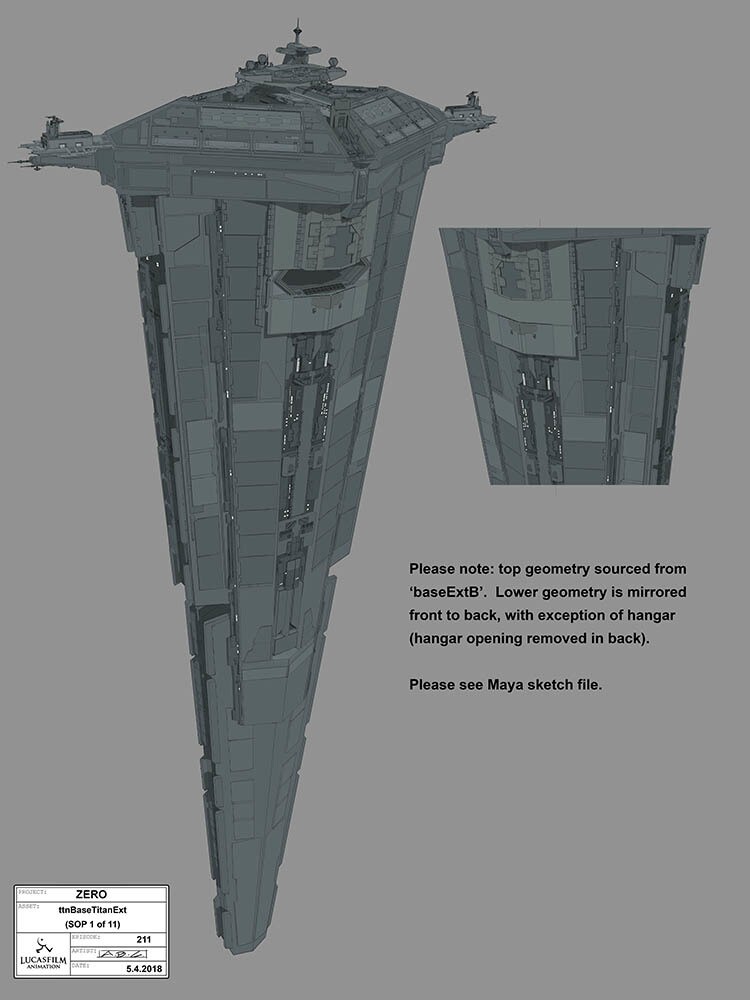 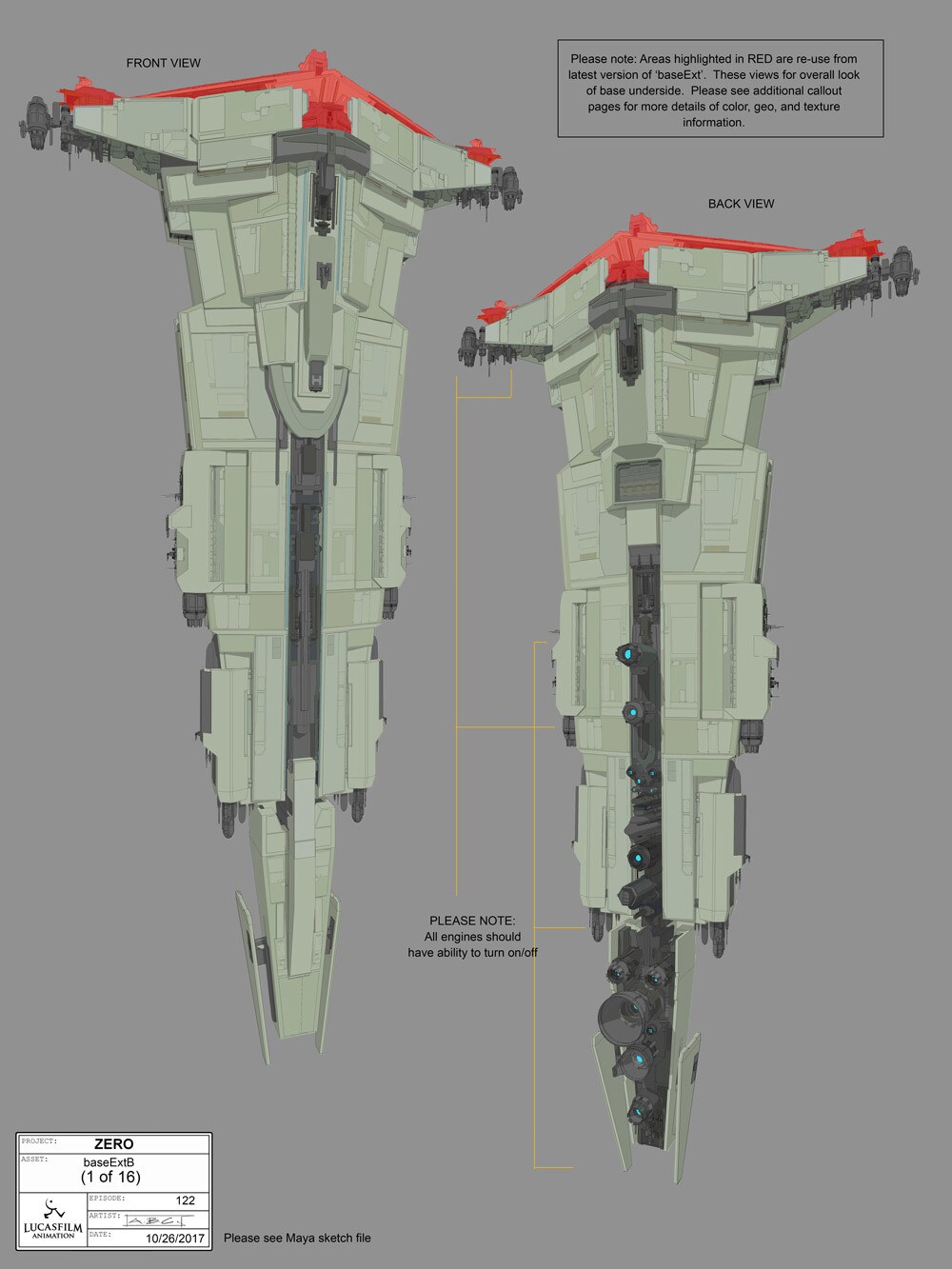 Does the Titan look familiar? It should. The station shares the same basic shape and proportions of the Colossus, since it’s the same type of vessel. Plus, elements from other First Order ships and Star Wars Rebels' Imperial Skystrike Academy can also be seen in the Titan's design. 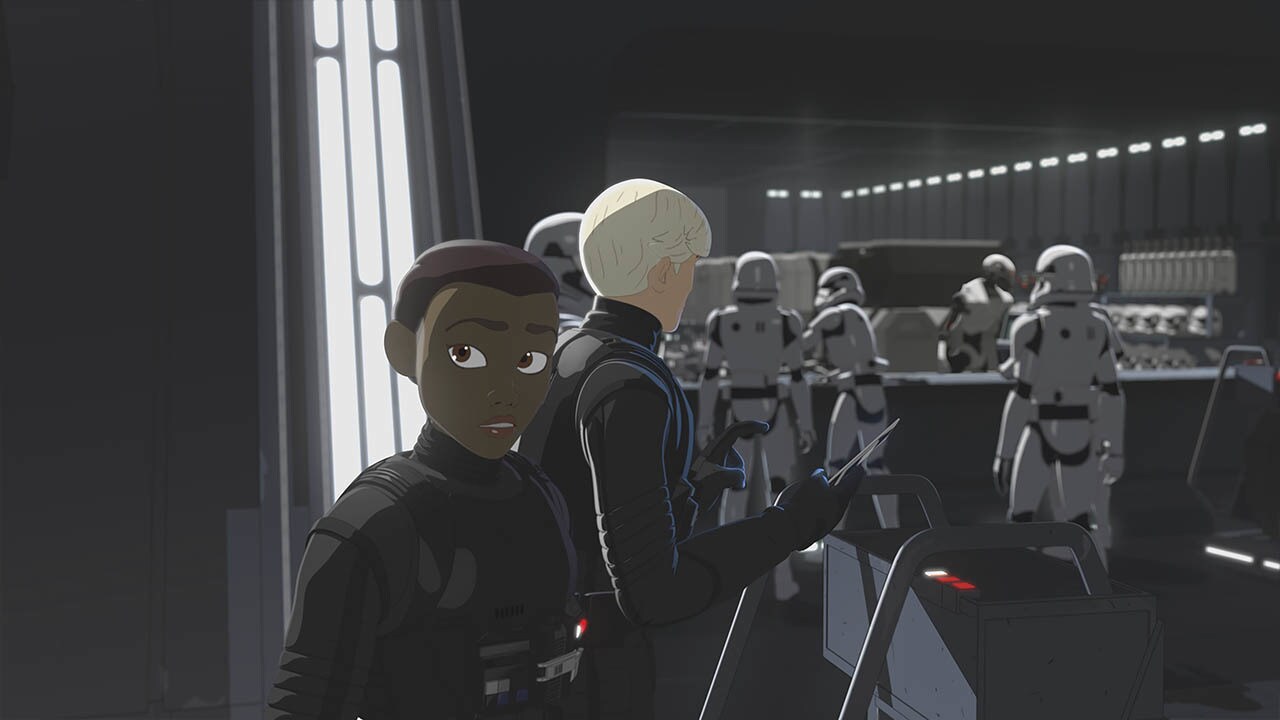 Orignally, the Titan was to have the exact same geometry and layout as the Colossus, but there was some concern that it would be too confusing during the actual episode. So the Titan design was changed to a distinct First Order version to keep the ships similar, but still unique. 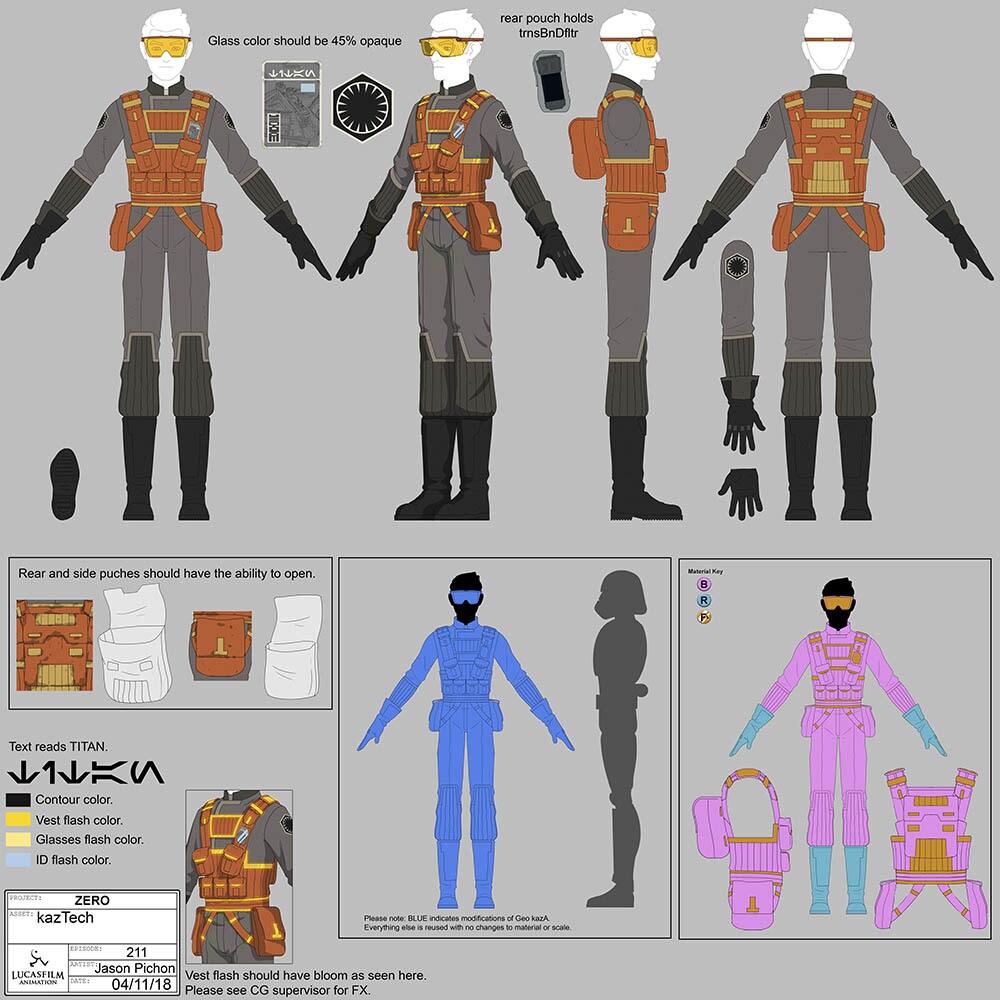 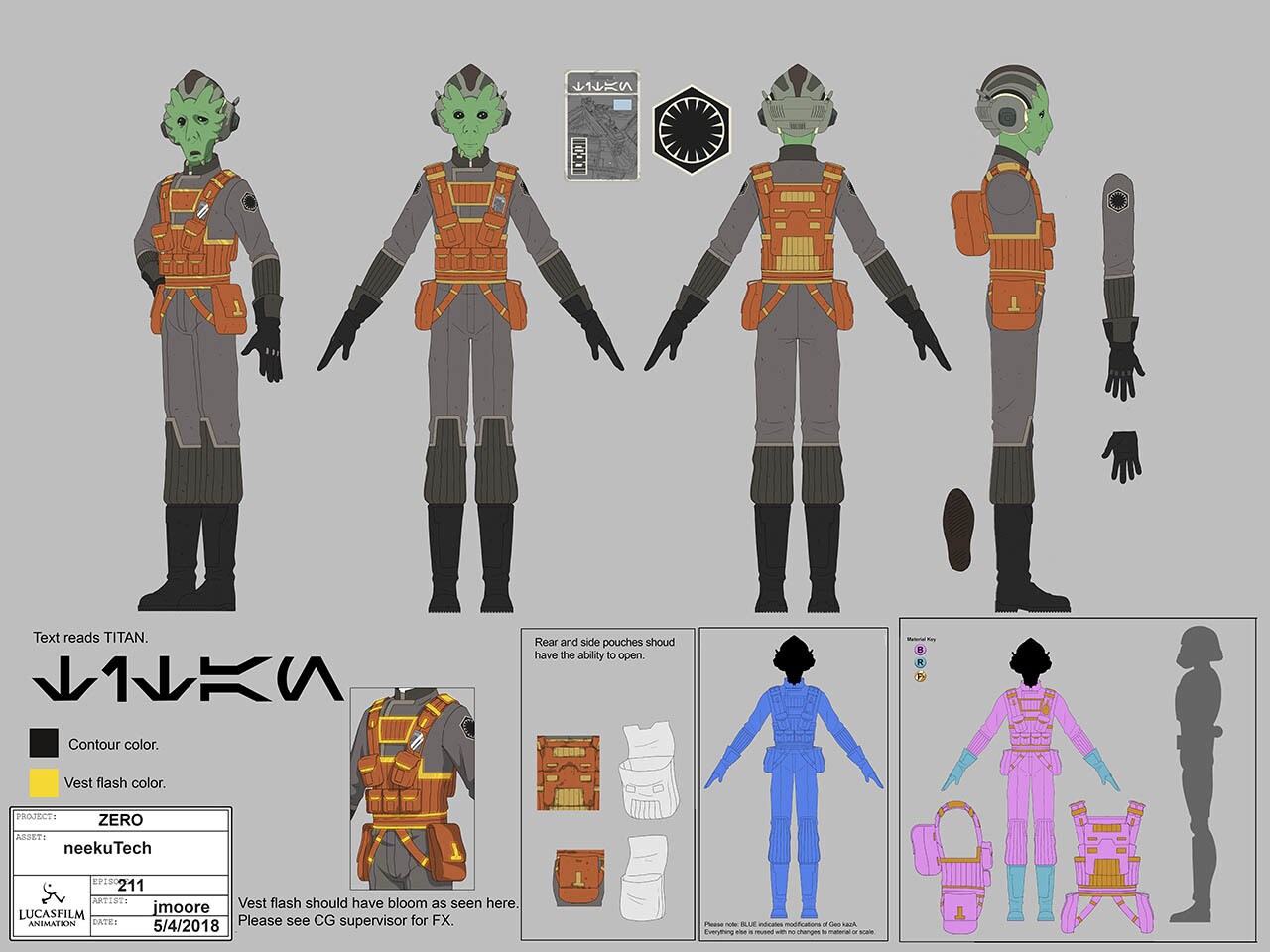 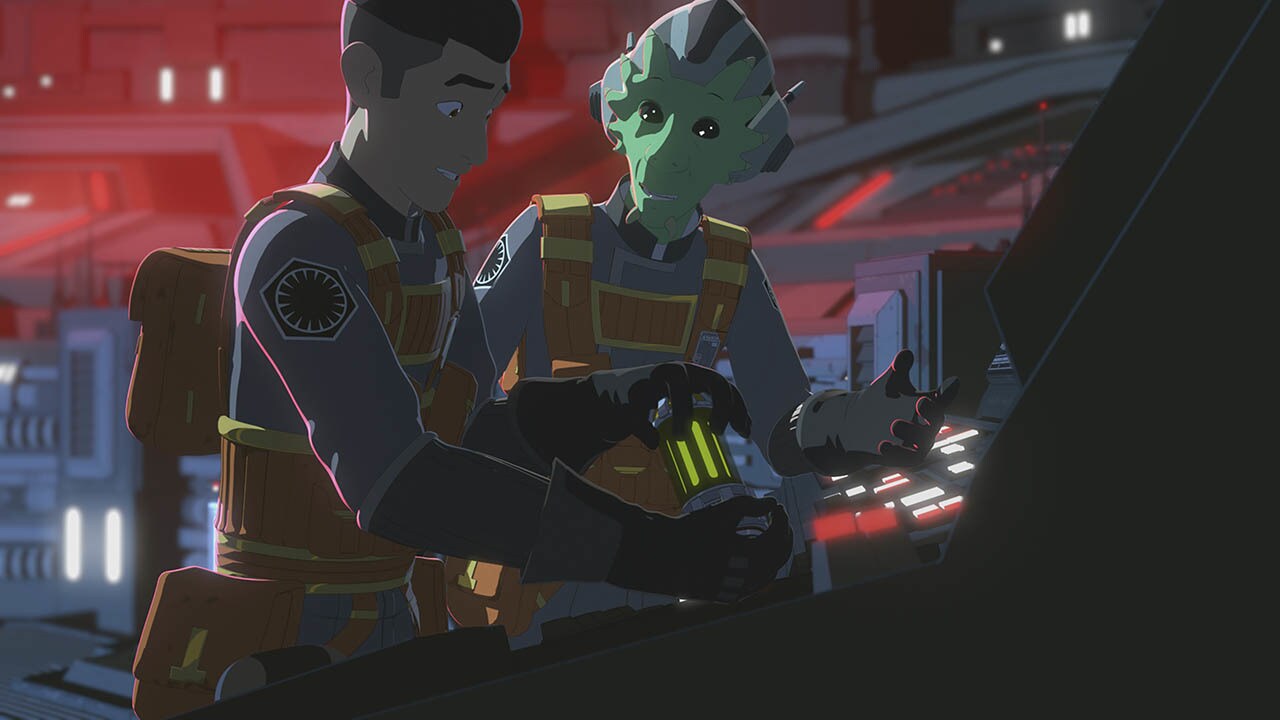 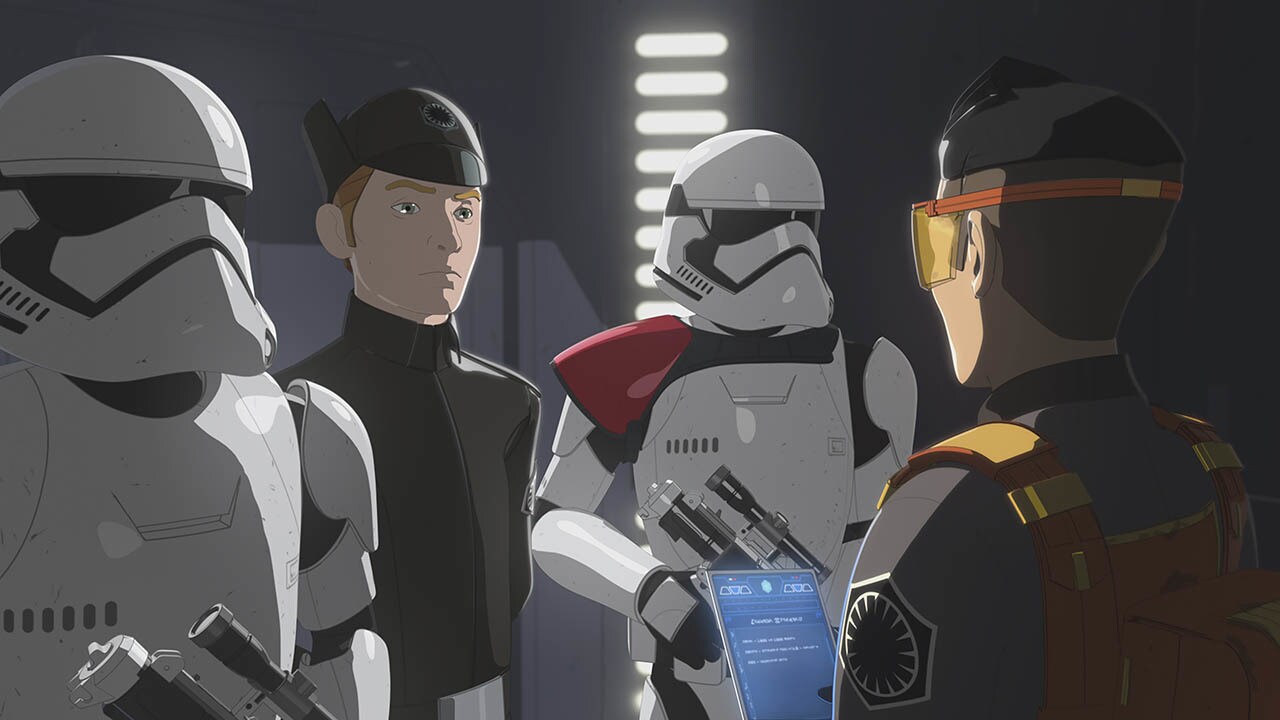 "An earlier version of the story had Kaz forced to butter up Hux, appealing to his ego, in order to slip past him," Pablo Hidalgo of the Lucasfilm Story Group tells StarWars.com. "Instead, a slow seething anger towards him related to the Hosnian cataclysm was deemed to be more appropriate."