5 Symbols in the Star Wars Universe

Here's how to identify the Rebel Alliance, the First Order, and more.

Do you remember the first time you noticed the symbols of the Empire and Rebellion appear in the original trilogy? The Imperial insignia can be seen on uniforms, and the Rebel Alliance starbird appears on the helmets of the X-wing pilots who take on the Death Star. Symbols like those appear throughout the Star Wars universe in the films, television series, books, games, and comics. Like emblems in our world, the symbols allow you to tell which organization someone has pledged his or her allegiance to with a quick glance. Here are five such symbols from the galaxy far, far away: 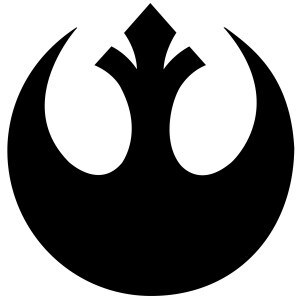 1. Rebel Alliance
The Rebel Alliance stood against the Galactic Empire in the original trilogy and after years of fighting, the Rebellion eventually signed a concordance with the Empire. Their symbol, a starbird, is most often spotted on pilots' helmets and can also be seen on uniforms on the Resistance base in The Force Awakens. The design may have roots in the phoenix/starbird graffiti Sabine Wren leaves behind in Star Wars Rebels. 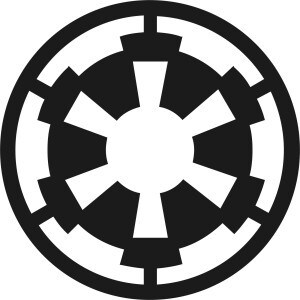 2. Galactic Empire
When Sheev Palpatine formed the Galactic Empire, he adopted a different version of the Galactic Republic's crest. The new cog with six spokes was used throughout the organization. It's visible on uniforms, flags, and even propaganda posters. The symbol is associated with the might of the Empire, and its presence on a world signifies Imperial control. In other words, the Empire knew how to brand itself. 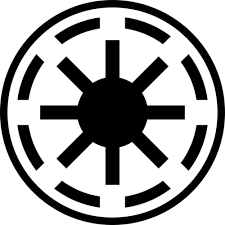 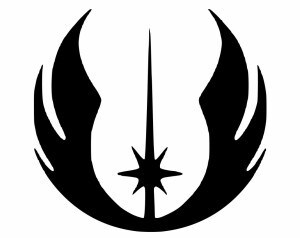 5. Jedi Order
The Jedi Order was all about peace until the Clone Wars. Though a few Jedi survived Order 66 and the purge that followed, the Order as it was in the days of the Galactic Republic is no more. Their symbol of wings and what looks like a shining light represents their role and beliefs.

Do you have tattoos featuring any of these symbols? Share links in the comments or send me photos on Twitter -- be sure to tag @StarWars!