5 of the Most Important Anakin and Ahsoka Moments

In advance of their meeting this week on Star Wars Rebels, revisit some key moments between the former friends.

The Star Wars Rebels Season Two finale is nearly here. We don't know exactly what will happen in "Twilight of the Apprentice," but we know a few things. Ezra, Kanan, and Ahsoka will visit Malachor, and there, Ezra will encounter Darth Maul. You can't keep a persistent Sith down. We also know Ahsoka Tano will see Anakin Skywalker for the first time in his new, more machine-like state. Yes, the long awaited/dreaded showdown between Ahsoka and Darth Vader, a.k.a. Snips and Skyguy, is here. We can't avoid it any longer.

Before we look ahead, we wanted to look back at better times. Better being a relative term, of course, since Anakin and Ahsoka's bond developed during a period of war. These are five of the important moments between the Master and his Padawan:

Anakin was less than thrilled to be assigned a Padawan in The Clone Wars animated film. Despite Obi-Wan's advice about how being a teacher was a privilege and obligation, Anakin wasn't into it. He was annoyed with Ahsoka from their first meeting. Anakin's reaction when Ahsoka said she was assigned to him was priceless. While it's not an epic scene or even one that showed promise for the pair, it's the beginning and beginnings matter.

Near the end of Season Three of The Clone Wars, Ahsoka and a group of younglings were captured by Trandoshan hunters. The kidnapping made Anakin feel like a failure, but because of all the guidance he'd given Ahsoka, she was able to lead her fellow captives to freedom. When they were reunited, Anakin expressed his concerns only to have Ahsoka compliment him and thank him for everything he'd taught her. Though the pair had shared instances of mutual respect before this incident, this pushed them closer together.

Anakin and Ahsoka headed into a battle on Cato Neimoidia in "Sabotage" (from Season Five of The Clone Wars), and even before Anakin found himself in trouble, the battle was intriguing because it showed how much their working relationship had developed. They knew what the other was doing with little communication or instruction; they were in sync. When Anakin passed out due to his ship being shocked by buzz droids, Ahsoka leapt into action and saved Anakin's life in a nonchalant manner. The expression on Anakin's face when he regained consciousness showed so much pride.

The Season Five finale of The Clone Wars saw Ahsoka leave the Jedi Order. She was no longer sure if it was the right path for her. Watching her say goodbye to Anakin and the Temple in "The Wrong Jedi" punched many fans in the heart -- particularly the part of her farewell that showed how much she and Anakin had in common. He told her he understood and related to her desire to walk away. It was a difficult conversation but one that undoubtedly shaped both characters. 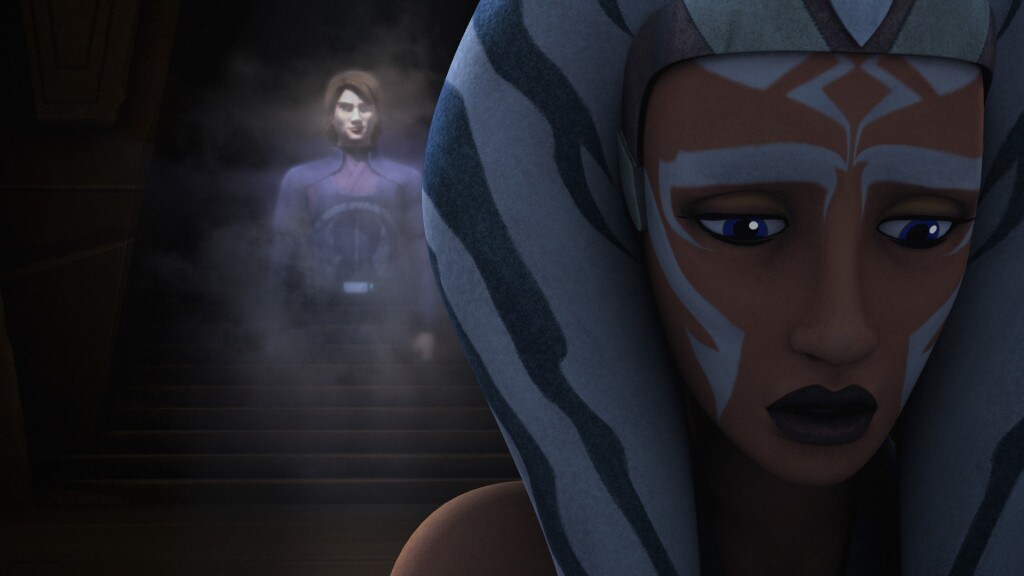 Ahsoka became aware of Darth Vader's presence in the Star Wars Rebels Season Two premiere "The Siege of Lothal." She seemed to have suspicions about who the Sith Lord actually was, but she didn't uncover the truth until "Shroud of Darkness." She had a vision while visiting the Jedi Temple on Lothal and realized Anakin and Vader were the same person. In her heart-twisting vision, Anakin scolded her for abandoning him. Was this a manifestation of guilt she experienced over leaving the Jedi? It's hard to say, but the revelation certainly marked a turning point in their relationship.

What are your favorite Anakin and Ahsoka moments? Share them in the comments.

"Twilight of the Apprentice" will air on Wednesday, March 30, at 9 p.m. on Disney XD. Remember, it's an hour, so plan accordingly!