Look back at some of the Sith Lord's greatest hits.

Darth Vader was the first villain we met in the Star Wars universe. He swept onto the scene with his imposing height, intimidating mask, and flowing black cape and made an impression. We learned to fear him not just because of his actions but also by the way his fellow Imperials reacted to his presence. He commanded respect and a sort of hushed awe from almost everyone around him. In the years since A New Hope, we've become more well-acquainted with Vader and seen him in different stages of his career. He scared us repeatedly, but these five moments stick out.

1. Clearing Out the Temple

One of Anakin Skywalker's first acts as Darth Vader involved him purging the remnants of the Jedi at the Temple on Coruscant. Like, all the Jedi. Vader was responsible for a countless number of deaths during his time serving Emperor Palpatine, but perhaps none were more chilling than when he wiped out the younglings -- especially considering they turned to him for help because they thought he was their friend and teacher. This was frightening since it was a point of no return and also heartrending. 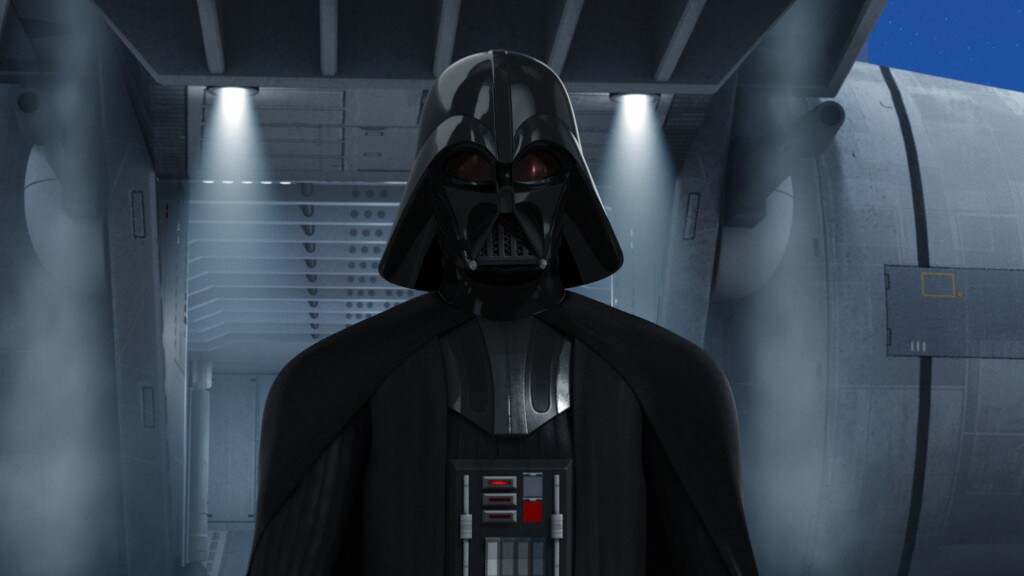 Darth Vader made his entrance on Star Wars Rebels in style. In one especially striking scene, he used the Force to lift an AT-AT off himself and thrust it into the air. The almost casual way in which he showed his extreme power to Kanan and Ezra was chilling. He knew he outmatched the duo in every way, and his demonstration was effective in eliciting fear.

Princess Leia Organa stood toe to toe with Darth Vader when we first met her. She insisted she was part of a diplomatic mission to Alderaan and didn't back down. Later, though, Vader visited her detention cell with an interrogation droid. Leia shrunk back and imagining what happened to her was frightening enough without having to see it.

The Empire Strikes Back brought us a look at where Vader spent his time when he wasn't giving orders or delivering throat hugs. Admiral Piett stopped by Vader's meditation chamber before the Sith had finished putting on his mask and gave us a look under the helmet. We saw the back of his scarred, pale head, and it was right out of a horror movie.

Anakin, Obi-Wan, and Ahsoka visited Mortis in Star Wars: The Clone Wars, and the Son showed Anakin his future. During this vision, we saw glimpses of what was ahead in the prequels and we caught a brief glimpse of Darth Vader. His visage appeared, and we heard his distinctive breathing. It was ominous and goose bump-inducing.

When did you find yourself scared by Darth Vader? Let us know in the comments!