11 Revelations from Claudia Gray on Leia, Princess of Alderaan

The author of the new novel takes StarWars.com inside her critically-acclaimed book.

When you think of Leia Organa, there’s almost always a word that comes before her name: Princess. Even when she becomes the general, leading the Resistance, she’ll always be royalty to those who have known her longer. Princess Leia takes center stage in a new young adult novel, Leia, Princess of Alderaan, which came out on Force Friday II from Disney-Lucasfilm Press as part of the Journey to Star Wars: The Last Jedi publishing program. Claudia Gray, whose previous Star Wars works include Lost Stars and the Leia-centric novel Bloodline, returns to show how a young Leia first gets involved in the Rebel Alliance. Now that there’s been some time for readers to enjoy the story, StarWars.com has asked Claudia Gray via e-mail to share some of the secrets of Leia, Princess of Alderaan. 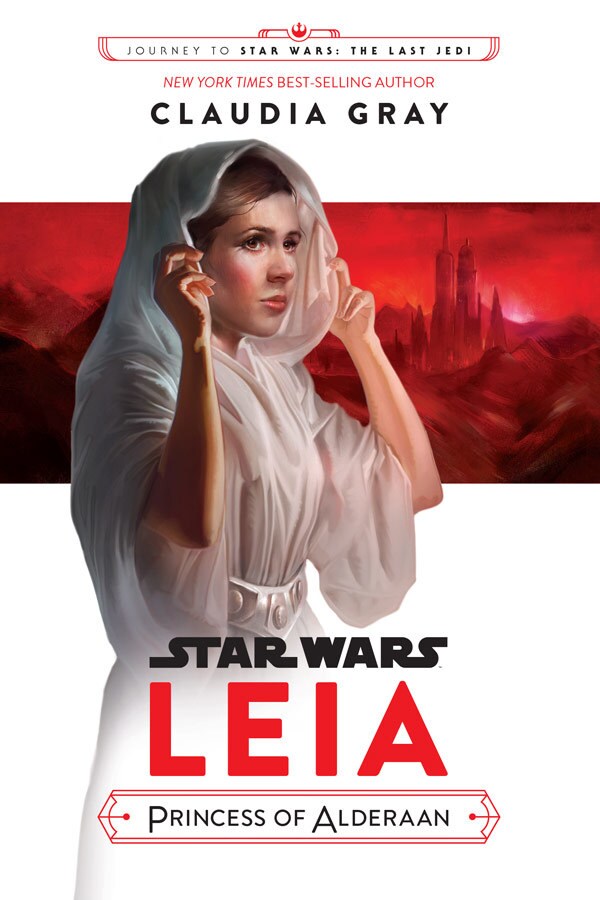 Spoiler warning! This article delves into plot points and characters in the book!

With Leia, Princess of Alderaan taking place when Leia is 16, writing the princess as she navigates her way toward adulthood meant getting into a different point of view for this legendary character. “This is such an interesting period in Leia’s life for me because it’s literally the only time she will ever -- ever -- not be contending with the fate of the entire galaxy,” explains Gray. “She’s someone whose entire life is about duty, responsibility, and the bigger fight. It was fascinating to ask what Leia was like before she ever went to war, back when she was still somewhat sheltered and figuring herself out.”

While Leia is the titular protagonist of this novel, her parents, Breha and Bail, are also major characters, trying their best to be monarchs, rebels, and mother and father to a teenager. “I loved writing Bail and Breha,” Gray shares. “In some ways, I feel that Leia, Princess of Alderaan is also a novel about them, one seen through their daughter’s eyes. We know that they were deeply loving parents and early, steadfast backers of the Rebellion -- and sometimes it’s a challenge, making fundamentally good people and strong relationships interesting. But with these characters, I felt like it came naturally. They have so many challenges to deal with, and so many secrets to keep. Even relationships as strong as theirs are tested under that kind of pressure. It was especially great to get to write Breha. I figured Leia wasn’t raised by a woman who was some sort of shy, retiring, passive creature. So it was a real honor to breathe some life into the last queen of Alderaan.”

3. A princess of many talents.

“In Leia, Princess of Alderaan, Leia is at the point where she has to earn her right to inherit the crown of Alderaan” says Gray. “As tradition demands, she takes on challenges of Mind, Body, and Heart.” As part of these challenges, Leia develops her own skills and character through an outdoors pathfinding program and working in the Empire’s Apprentice Legislature. “She thinks they’ll be simple tasks to perform -- or, in the case of the Apprentice Legislature, things she believes she already understands and has a good grasp of. But each challenge winds up offering its own unique challenges, each one of which pushes her closer to becoming the Leia we see in Episode IV.”

A new character that has been receiving buzz from the fans is one of Leia’s friends, Amilyn Holdo, who will appear in The Last Jedi. “It’s so great to see people responding positively to Amilyn Holdo!” exclaims Gray. “Some people have compared her to Luna Lovegood from Harry Potter, which is both kind of true and kind of awesome. (I love Luna.) She’s somebody who’s a bit off-kilter, who sees the world through a prism most others don’t understand. At first Leia thinks she’s pleasant but weird, but as time goes on, it becomes apparent that there’s much more to Holdo than you might guess when you first met her. We don’t really have a lot of true oddballs in Star Wars, so it was fun to introduce one!”

When it comes to love, Leia finds herself attracted to another member of her circle of friends, Kier Domadi. “Although obviously neither Kier nor Leia can know this yet,” Gray explains, “Kier is basically the anti-Han: He’s totally suitable for her, smart and stable, totally dedicated to Alderaan, and a pacifist. That said, he has one thing in common with Han: The belief that Leia ought to get to have a personal life instead of living her duty every hour of the day. But there’s a right way and a wrong way to go about that, and in the end, I think Kier’s idea of Leia’s duty may be very different from her own. However, he’s still someone who cares for Leia deeply, and her first big romance.”

“Mon Mothma’s always fun -- at least, I think so,” enthuses Gray. “To me, it seems clear that anybody who could put together and (maybe more significantly) hold together a Rebel Alliance would have the ability to size people up clearly, to connect with a lot of different attitudes and personalities, and a fundamentally pragmatic approach to most things. So when Leia begins showing interest in the Rebellion, Mon Mothma doesn’t dismiss her out of hand as “too young” or “too sheltered.” She assesses Leia neither as a princess nor a daughter, just as herself alone -- and she’s probably the first person to ever do so.”

Another familiar face in Leia, Princess of Alderaan, is Quarsh Panaka, former security chief to Queen Amidala. “Panaka! Originally I thought of having him be a part of the Rebellion,” shares Gray, “but then Pablo Hidalgo reminded me that in Legends, Quarsh Panaka became a moff loyal to Emperor Palpatine. That was too great a detail not to bring into canon, too. Plus once I really started thinking about that, and the potential inherent in having someone from Padmé’s life show up in Leia’s too…well, it offered one of my favorite turns in the entire story. Of course, Leia has no idea why anyone from Naboo would be connected to her, but her parents are all too aware.”

8. Charming from the start.

One of the highlights in the novel is Leia’s interaction with Grand Moff Tarkin -- their verbal sparring in Leia, Princess of Alderaan adds so much to their encounter in A New Hope. “Tarkin had to be a part of this one!” exclaims Gray. “When we see Leia and Tarkin interact in Episode IV, it’s clear that they already know -- and strongly dislike and distrust -- each other. Where better to set that up than in Leia’s ‘origin story’ as a rebel? At first his presence in the book is very slight, only on the periphery. However, as Leia gets closer to the burgeoning Rebellion and begins acting more independently, Tarkin becomes a more immediate, menacing figure.”

Sharp readers have noticed references to Director Krennic, the Millennium Falcon, the salt-flat covered planet Crait (which will appear in The Last Jedi), and more. When asked for other cameos or Easter eggs, Gray responds, “You’ve called out the best Easter eggs already! But there’s a Chronicles of Narnia reference in the first chapter that only a few people have caught so far…” 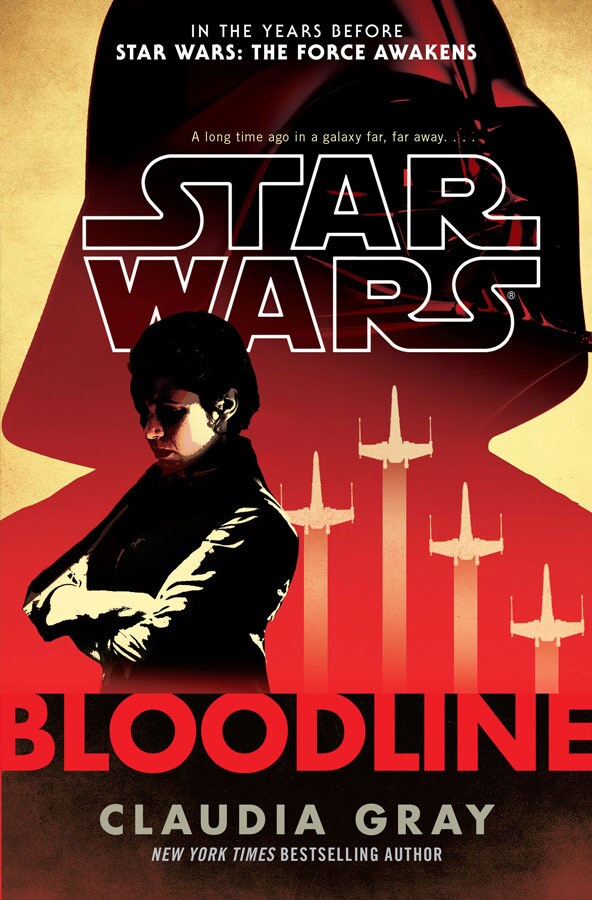 10. The circle is now complete.

With Bloodline and Leia, Princess of Alderaan, Claudia Gray has now written Leia Organa in two different stages in her life, yet both carry a similar theme: becoming leader of a rebellion against evil. “I’ve loved Princess Leia my entire life,” says Gray about making this journey as a writer, “and it’s been incredibly meaningful to have the chance to write one adventure later in her journey through life, and one that’s earlier. The Leia of Bloodline is only a few years older than I am now; the Leia of Leia, Princess of Alderaan is only a few years older than I was when I saw Episode VI. So it’s like our paths crossed at both of these important junctures.”

For those who have read Leia, Princess of Alderaan, the last few sentences of the novel are among some of the most gut-punching and heart-ripping in any Star Wars story. “All I know to tell you is that those last lines came to me almost as soon as I started thinking of the book,” describes Gray. “That was always, to me, the way the story had to conclude. Certainly it’s one of the many points in the book where the reader knows more than Leia does about her future, and so we read her words and thoughts much differently than she’s experiencing them. Sometimes that’s mined for humor (think Breha’s conversation with Leia about Kier), but the ending might be the most serious moment in the novel.” 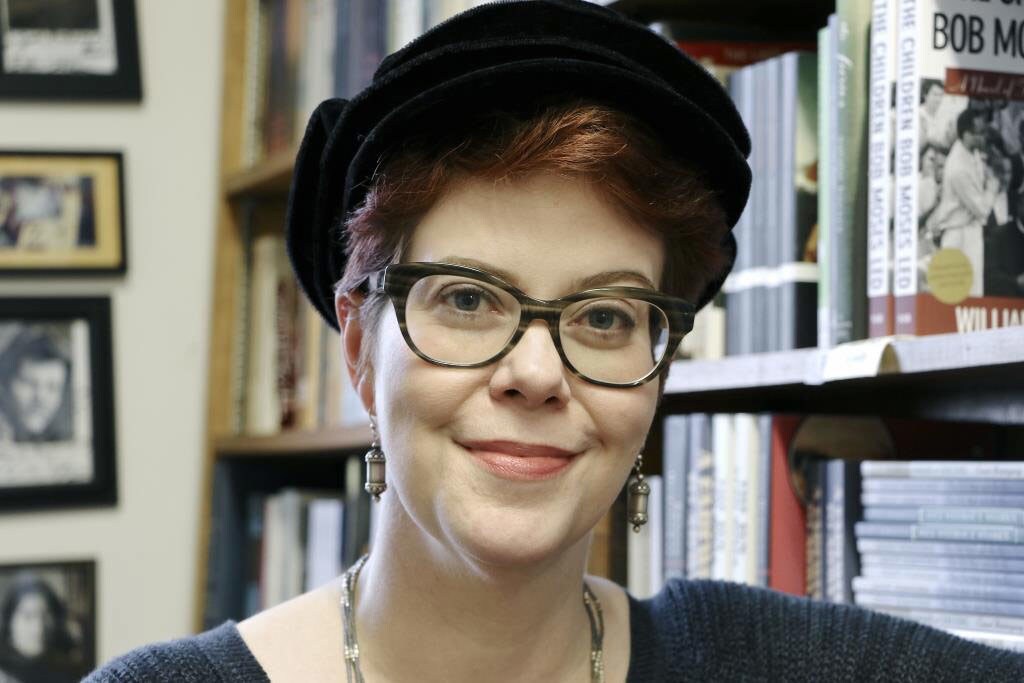 Leia, Princess of Alderaan is available now in hardcover and ebook from Disney-Lucasfilm Press and as an unabridged audiobook, narrated by Saskia Maarleveld, from Listening Library.