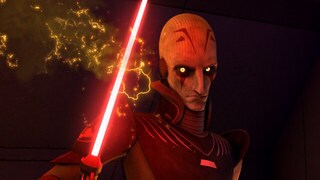 Not much is known about the Empire’s Grand Inquisitor. A Pau’an male, he was tasked by Darth Vader to hunt down any surviving Jedi Knights. The Inquistor was an intimidating figure, dressed in all black and wielding a red, double-bladed lightsaber. After several encounters with Kanan Jarrus and his Padawan Ezra Bridger, the Inquisitor died in a lightsaber duel with Kanan – but warned the rogue Jedi that his victory had unleashed something terrible. 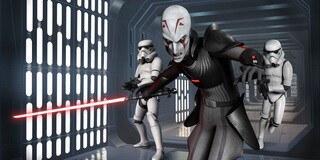 Hear from the actor and creators behind the Jedi’s newest enemy. 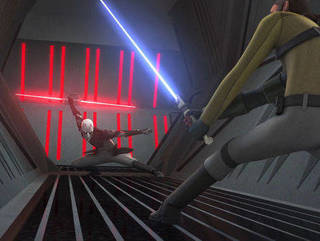 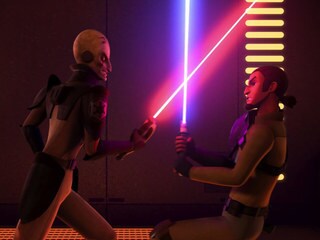 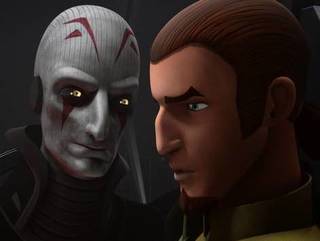 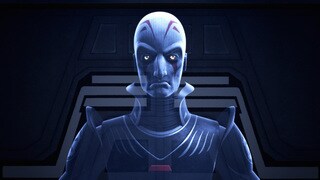 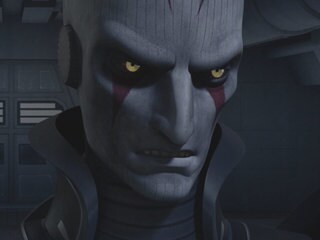 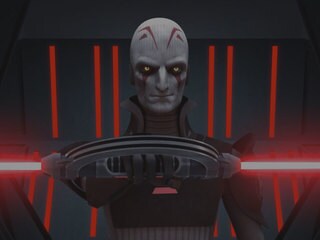 “I do so admire your persistence. Ready to die?” 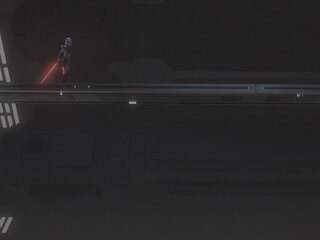 “There are some things far more frightening than death.” 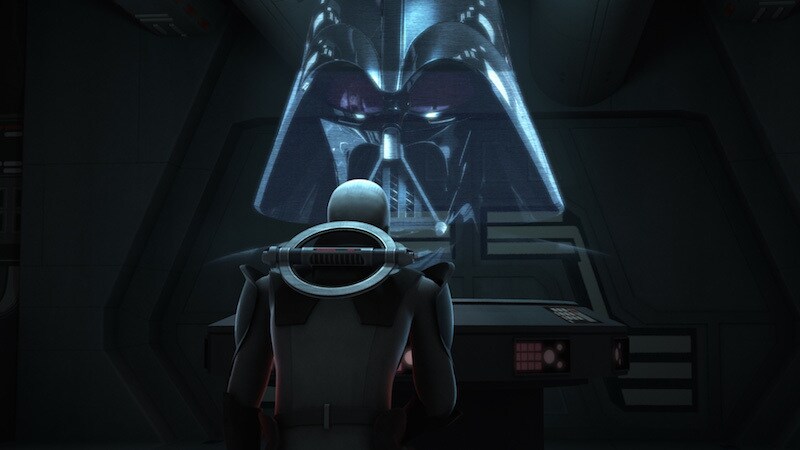 A Pau’an Jedi hunter with dark-side Force powers, the being known as the Grand Inquisitor served Darth Vader. He followed the Sith Lord’s orders to seek out fugitive Jedi and Force-sensitive youths, preventing them from becoming a threat to the Empire. 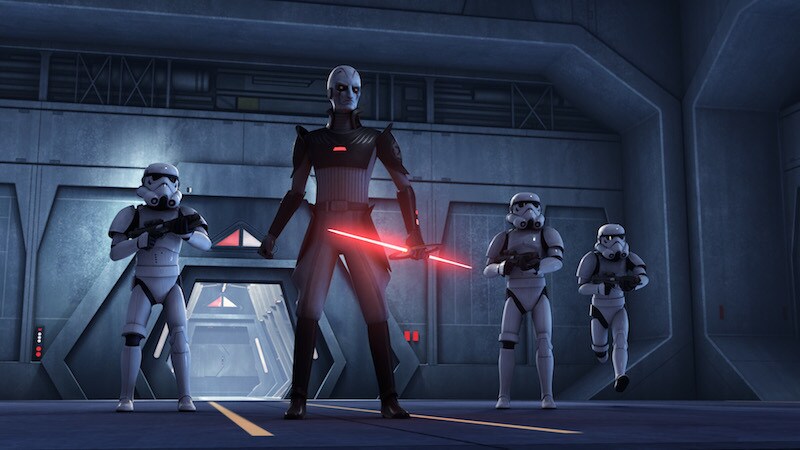 Responding to reports of a Jedi on Lothal, the Inquisitor relentlessly pursued Kanan Jarrus and his Padawan Ezra Bridger. The Inquisitor was far more powerful than either, yet both repeatedly escaped him. But that only made for a more interesting challenge. 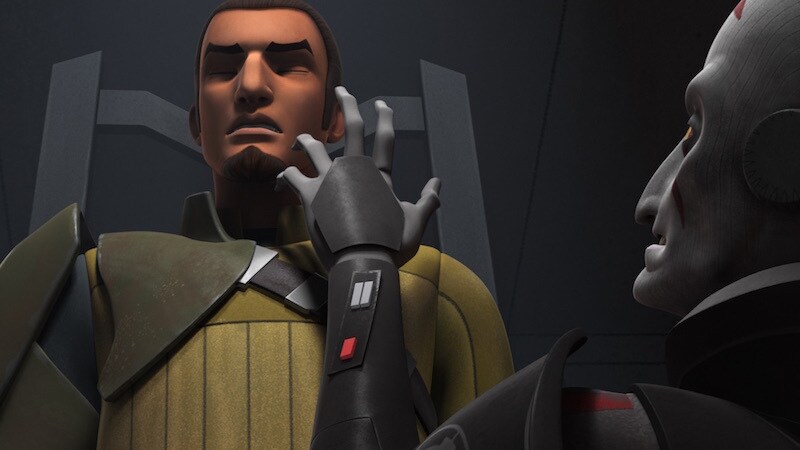 After several encounters, the Inquisitor had finally captured the rebel Jedi, Kanan. Taking him aboard a Star Destroyer to Mustafar, he tortured Kanan for information, but the Jedi would not break. Finally, the Ghost crew came to rescue their friend, pulling off an impossible mission to board the Star Destroyer and break Kanan out. Ezra, Kanan’s Padawan learner, freed his Master from his cell, but leaving would not be easy. The Inquisitor was ready for a final battle, eagerly anticipating the chance to destroy Master and apprentice together. But it did not go as planned. 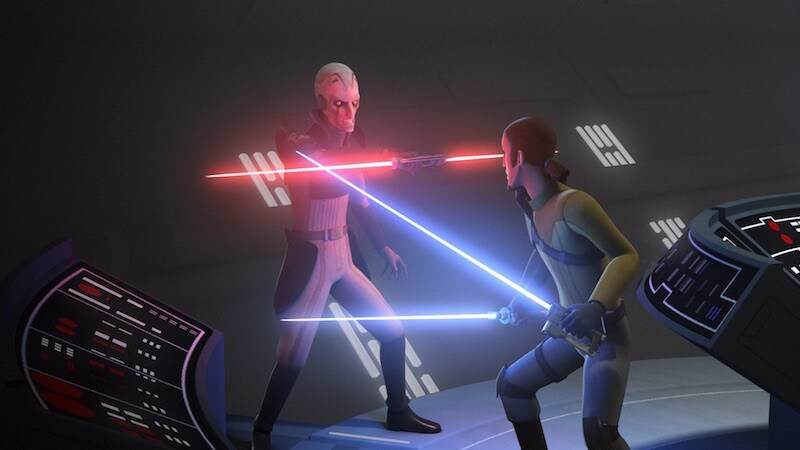 After the Inquisitor seemingly killed the younger Jedi, Kanan became calm and confident. He had nothing left to fear, and expertly destroyed the dark side warrior’s lightsaber, sending the blades down into the craft’s engines and the Inquisitor tumbling backwards. As the Inquisitor dangled above growing explosions and fire, he realized he had been defeated — yet he was more afraid of his Master’s wrath for his failure. He chose death, warning Kanan that he had unleashed something terrible, and let go. Meanwhile, the Padawan survived, and the rebels escaped with a major victory as the Star Destroyer exploded. 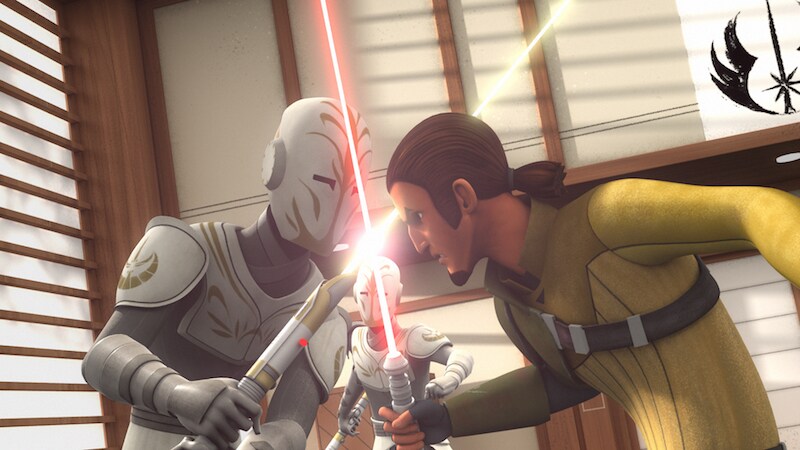 When Kanan Jarrus visited the Jedi Temple searching for guidance, he was met by a Temple guard. Masked, the guard warned the Jedi that his Padawan was being seduced by the dark side. They dueled, and the Temple warrior was relentless. Only when Kanan laid down his lightsaber, acknowledging that he could only do his best as Ezra’s Master, did the guard relent. While Kanan was expecting a final strike, the guard instead knighted him…and finally removed his helmet. The guard was the Grand Inquisitor. He said that he was once a Jedi Knight, as well. At that moment, the Fifth Brother and Seventh Sister arrived, and the Grand Inquisitor held them off while Kanan escaped.