Near impenetrable, the Spire is one of the galaxy's most notorious prisons. Sith Lord Darth Sidious used the Spire to hold his former apprentice, Darth Maul, during the Clone Wars; later, the Spire became an Imperial jail, and was blast-proof, ray-shielded, and protected by anti-ship weapons, TIE fighters, and scanners.

During an ordinary HoloNet News brief, an underground transmission by exiled Senator Gall Trayvis interrupted the broadcast. Trayvis revealed that Jedi Master Luminara Unduli, long thought dead, was alive, and held in the Spire by the Empire. In response, a small group of Lothal rebels hatched a rescue mission and broke into the prison. They found, however, that Trayvis' information was wrong -- and part of a larger Imperial trap. Luminara was truly dead, and the Empire's Inquisitor was waiting to destroy the rebels' Jedi, Kanan, and his Padawan, Ezra. After an intense duel, Kanan and Ezra survived their encounter with the Imperial menace, and the rebel crew escaped the planet. 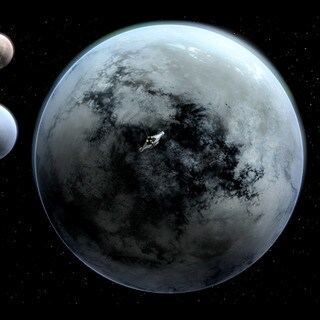