Why We Love Star Wars: The Clone Wars

The animated series about clones, clankers, Jedi, and Sith made an impact that is still felt 10 years later.

“Begun, the Clone War has.” Yoda uttered those ominous words at the end of Attack of the Clones and set up the premise of Star Wars: The Clone Wars. Fans thought the animated series was over, but we learned about #CloneWarsSaved at San Diego Comic-Con. With the beloved show returning with new episodes -- and this week marking the 10th anniversary of the animated feature that started it all -- it's the ideal time to look at what makes The Clone Wars so special. 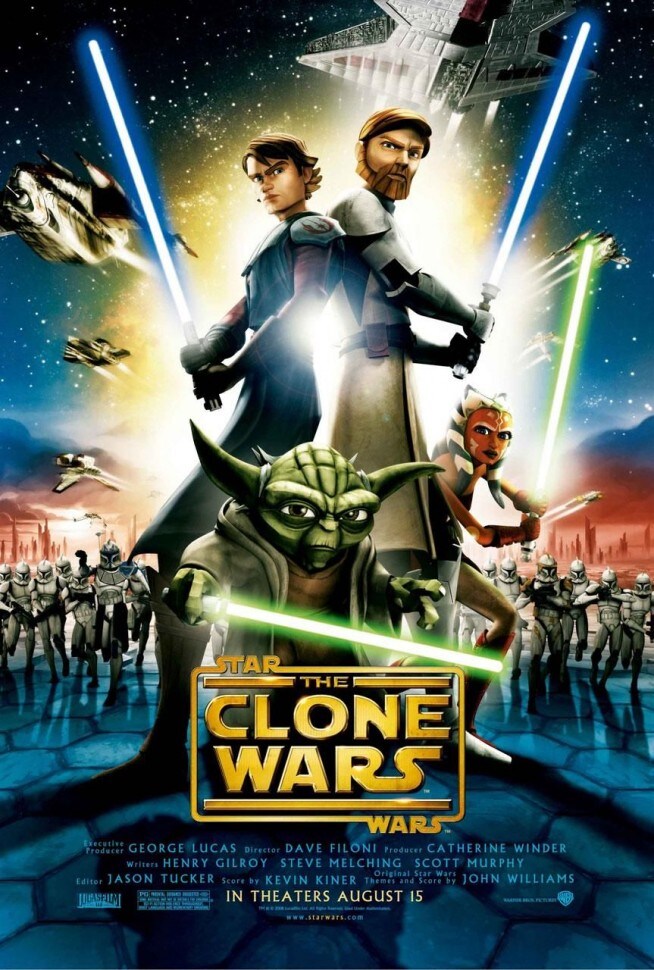 Set between Episodes II and III, The Clone Wars explored the conflict between the Republic and the Separatists, the former fighting with clone troopers and Jedi and the latter fighting with droids and dark side wielders. The right and wrong sides of the war seem clear from that distilled description, but in reality, it wasn't so simple. From its theatrical movie debut in 2008 to its then-final episodes released as "The Lost Missions" in 2014, The Clone Wars, driven by stories George Lucas wanted to tell, showed battles on epic and personal levels. It started with more episodic plots and evolved over the years to feature longer story arcs comprised of three or four installments.

One of the many reasons fans latched onto The Clone Wars was because of who was often at the heart of those stories: Anakin Skywalker, Obi-Wan Kenobi, and a character created for the show, Ahsoka Tano. Blending the familiar with the fresh is one of the things The Clone Wars did best. It built upon what was shown of Anakin in the prequels and depicted more of his personality and struggles. His relationship with Padmé and its up and downs got more attention. His ace piloting skills were on display more frequently. His temper was there, but so was his heroism. The series spends enough time with Anakin for fans to track and acutely feel his path to the dark side.

And this kind of expansion happened for other characters that got their start outside of the series, too. Want to learn more about Obi-Wan's past and missteps? How about teenage Boba Fett trying to exact revenge upon Mace Windu for killing his father? The Clone Wars goes there and beyond. It connects dots to existing points in the films too, by showing Palpatine's devious, patient mind in action covering up how he orchestrated Order 66 and by visiting Darth Maul in a literal trash pile and explaining how he survived his fall on Naboo in The Phantom Menace.

For all The Clone Wars adds to established areas, its impact on fandom is also weighty because of the new characters it introduced. Fans of Ahsoka Tano, Anakin's Padawan, are legion. Viewers could put themselves in Ahsoka's place in the show; they went on missions alongside Anakin and learned about the gray areas of the war. As Ahsoka matured over the series, fans identified with her growth and the difficult decision she had to make about the Jedi and her beliefs. Fans connected with the clones (especially Captain Rex), Asajj Ventress, Cad Bane, Satine Kryze, and so many more.

Since an animated series doesn't have the same time constraints as a film, The Clone Wars had the luxury to flex and travel into different kinds of stories -- the likes of which we hadn't seen on screen in Star Wars before. Remember the time parasitic Geonosian brain worms slithered into nostrils and took control of clone troopers and a Jedi? Brain worms, droid-centric escapades, witchy magick, deep explorations of the Force. All of that and more had places in the show. The storytellers stretched the canvas and found ways to add wild and sometimes weird (in the best way) elements to the space fantasy.

The Clone Wars premiered in a time when we didn't know more Star Wars films were on the horizon. The show was a Star Wars lifeline for longtime fans and a dazzling entry point for new ones. With weekly doses of adventure, emotion, increasingly beautiful animation, memorable music, and extraordinary voice performances, The Clone Wars captured the hearts of countless fans. They have shared their passion for the series so enthusiastically and endlessly they helped bring it back. That's the strongest endorsement any series can claim.

When you're ready to watch The Clone Wars for the first time or revisit the series, we would be honored if you would join us in our chronological rewatch.