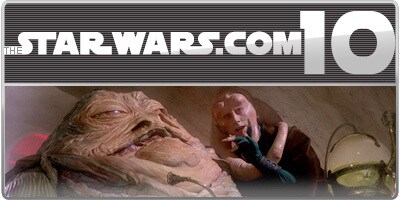 We love our Star Wars heroes and villains. They fight in lightsaber duels, blow up Death Stars, destroy shield generators -- but where would they be without their trusty sidekicks? Whether it's laughing uproariously at the idea of your master's enemies being digested by the Sarlacc or repairing a hyperdrive, sidekicks are essential to Star Wars, and the StarWars.com team honors them this week. For this list, we looked at sidekicks in the Star Wars films and on Star Wars: The Clone Wars, ranking them on loyalty to their friends, impact in important situations, and overall likeability. Note: Jedi and Sith apprentices were ruled ineligible as sidekicks.

As one member of the StarWars.com team describes him, Kitster is the Milhouse of Star Wars. He's not quite the coolest kid on the block, but a loyal -- and honest -- friend nonetheless. In The Phantom Menace, he teases Anakin for the beat-up look of his Podracer, but also serves on his pit crew. One wonders what became of Kitster... 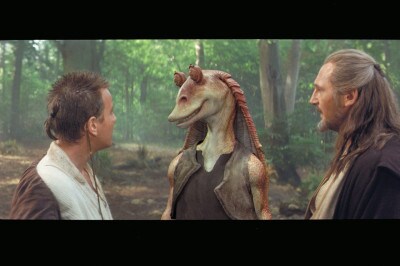 While it's a life debt that makes Jar Jar accompany Qui-Gon Jinn and Obi-Wan Kenobi on Naboo, it quickly becomes apparent that it's more the Gungan's friendly nature and willingness to help that makes him stick around over any kind of binding obligation. Jar Jar, as clumsy as he is, never fails to support his friends, whether it's listening to Queen Amidala's concerns over her people or leading the charge in the Battle of Naboo.

8. Bib Fortuna, Return of the Jedi 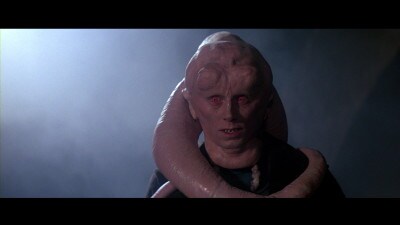 Bib Fortuna is the type of sidekick who begs the question: If he wasn't well paid, would he remain at Jabba's side? He falls easily for Luke's Jedi Mind Trick, centered around material reward, but also seems to take joy in the suffering of anyone who opposes his master. It's that grey line that makes Fortuna an interesting character; and while he's creepy, he seems like a more or less effective sidekick...provided you have deep pockets.

7. Nien Nunb, Return of the Jedi 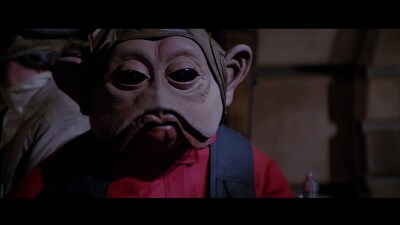 Lando's co-pilot during the attack on Death Star II in Return of the Jedi, Nien Nunb is capable -- the first to detect that the Empire is jamming the Rebels' communications -- and expressive, whether it's worry or joy. Unlike other sidekicks here though, Nien doesn't appear subservient. He supports Lando, but is clearly an able Rebel pilot on his own.

6. Lobot, The Empire Strikes Back 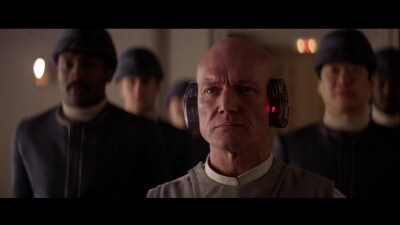 Lobot was Lando's aide on Bespin, never far from his side, and sports a distinctive device that wrapped around the back of his head, allowing him to contact directly with the city's central computer. He successfully captures a squad of Stormtroopers on Lando's orders, ensuring the escape of Lando, Leia, Chewie, C-3PO, and R2-D2. When it comes to reliability in a tight spot, Lobot can't be beat. 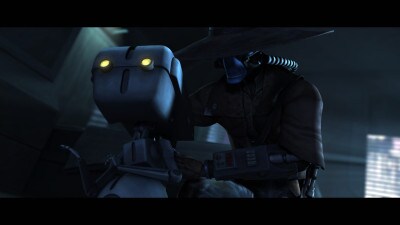 A deceptively cute, benign-looking droid, Todo 360 (known as Todo, for short) is conniving and devious, making him an apt assistant to his master, bounty hunter Cad Bane. Todo helped Bane on numerous missions, including the theft of a Jedi holocron and the abduction of R2-D2 and C-3PO. At one point, Bane used Todo as a bomb against the Jedi, unbeknownst to the droid; when Anakin rebuilt him to gain information, Todo went right back to his master, despite his betrayal. That's loyalty.

4. Salacious Crumb, Return of the Jedi 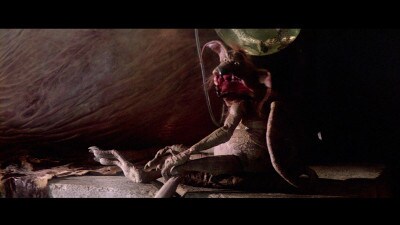 Sometimes, all you want is someone who will laugh at your jokes...and maybe peck out the eyes of your enemies' droid. And that's what you get in Salacious Crumb, Jabba's monkey-lizard who stayed true to the vile crime lord until the bitter end. Salacious, with his shrill laugh and unabashed glee at the misfortune of others, was a perfect match for Jabba, who probably would not have tolerated anything less. 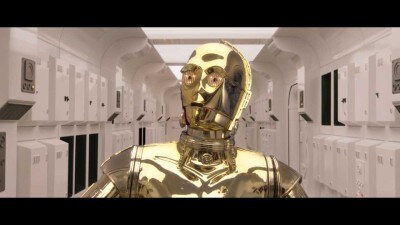 As one half of Star Wars' dynamic droid duo, C-3PO plays sidekick to our Rebel heroes throughout the Star Wars saga. Despite a sometimes cowardly demeanor, C-3PO often digs deep in the name of friendship: see his quick-thinking on the Death Star when confronted with Imperials, his volunteering of parts to help repair Artoo, and his attempts to warn Luke about the rancor pit. 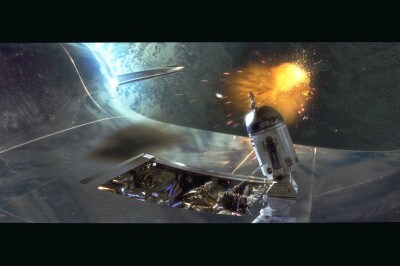 R2-D2 takes a licking throughout the Star Wars films and Star Wars: The Clone Wars, and it's usually in service of his friends. He never asks for anything in return or complains, but is always there, regardless of the challenge. And he's not some bit player; Artoo makes a big impact on the outcome of several major events and battles, including last-second repairs of the Naboo Royal Starship's shields, the destruction of the Death Star, and the rescue of Han Solo. What Artoo lacks in size and strength, he makes up for in heart, and our heroes would not be the same without him. 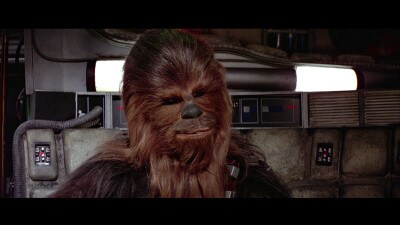 The ultimate best friend in Star Wars. Despite Han Solo's loner nature, it's hard to picture him without Chewbacca, and for good reason: he relies on Chewie in life or death situations, and the "walking carpet" always comes through. Chewbacca can hold his own in a fight, in a cockpit, and he has a sense of humor, always there to build Han up or take him down a peg. And the Wookiee expresses true emotions when it comes to Han: he's in pain when Han is lowered into the carbon freezing chamber, and he's joyous when they're reunited in Jabba's holding cells. Ultimately, if you ask someone who they'd want sitting next to them at the controls of the Millennium Falcon or in the Mos Eisley cantina, the answer is probably this guy.

That’s it. What do you think? Did we nail it? Are we out of our minds? Did we overlook something? Let us know in the comments below!

5 of the Scariest Star Wars Sidekicks