Get a first look at Marco Checchetto's stunning take on the destruction of Death Star II.

The second Death Star has been destroyed. The Emperor is dead. The galaxy celebrates. What happens next?

That's where Marvel's upcoming series, Star Wars: Shattered Empire, comes in. Written by Greg Rucka and illustrated by Marco Checchetto, Shattered Empire is part of the larger Journey to Star Wars: The Force Awakens publishing program, and will help tell the story of what happened following the collapse of the Empire. Here's your first look at Checchetto's great variant cover to issue #1 -- a dynamic depiction of the Death Star II's destruction, with the iconic stormtrooper helmet looming overhead. 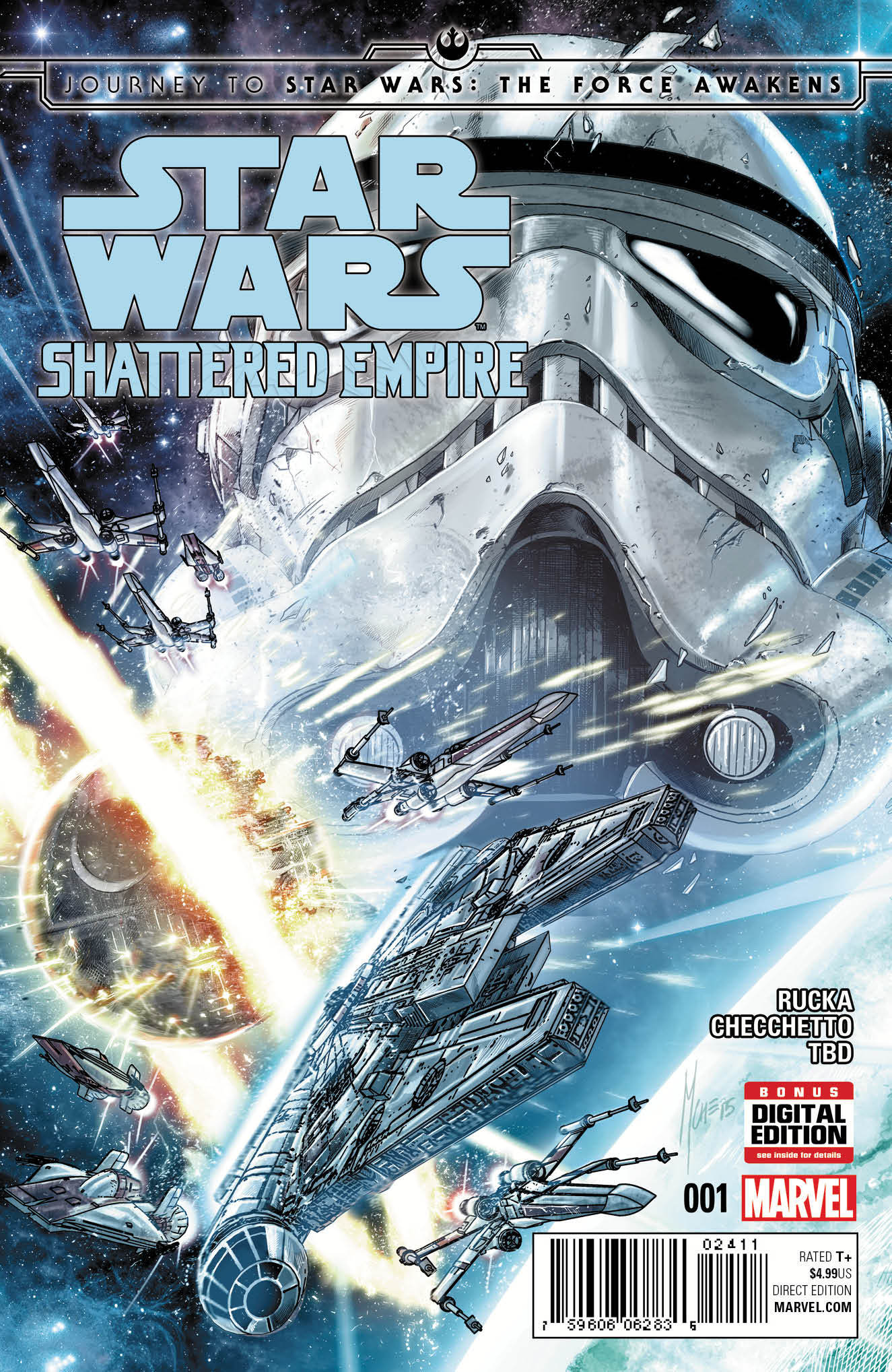 "I will never, ever get tired of writing the words, 'A long time ago, in a galaxy far, far away…'," Rucka said. "This is the mythology of my life, and to be a part of it, no matter how small, is both humbling and exciting. Working with Marco on this is only making it better, and being able to work in this mythology is an honor and a responsibility we’re both taking very, very seriously!"

"It's amazing that a boy from a small town near Venice in Italy has the opportunity to be part of Star Wars," Checchetto said. "I grew up with this mythos and it’s an honor to work on it with Greg. I’m very happy to draw again his fantastic scripts. We will do our best to add a little piece of history to that galaxy far, far away…"

Stay tuned to StarWars.com and Marvel.com for more on Shattered Empire -- coming this September!