Telling the Untold in Dark Disciple

In a special guest post, author Christie Golden discusses how she adapted eight unaired episodes of Star Wars: The Clone Wars into an essential new novel.

When I was contacted by Shelly Shapiro about the possibility of turning eight episodes of the Star Wars: The Clone Wars television show into a novel, I was interested. When she told me the arc was to visit the “gray” area between the dark and the light side, and that the focus would be on a romance between two characters who each had their own fascinating histories, I was excited. And when I had a chance to read the scripts and watch the animatics of the first four episodes, I was well and truly hooked.

Novels, novelizations, media tie-ins...they’ve all got a lot in common, and yet each is its own distinct animal. One thing is certain for me in everything I do, and that is that I try to make it the very best book I possibly can, whether it’s just to please me, to please the creators of the IP, or to satisfy the legions of fans of what’s arguably the biggest franchise out there.

While I was excited to be writing a book that plays to my interests and strengths -- tight focus, the descent into the darkness, the heady positives and anguished negatives of an intense love, and characters for whom writing dialogue was a constant delight -- Dark Disciple posed its share of challenges. First, as a novelization, it had to feel completely “of” the television show, while also going beyond it to take advantage of a different medium of storytelling. Second, in Asajj Ventress it featured a character who was well known and well loved, with a complicated background that placed her solidly in a not-solid space between “good guy” and “bad guy.” Would I be able to rise to the challenge of capturing her personality? It also co-starred Quinlan Vos, whom we knew canon-wise from a single Clone Wars episode and Legends-wise from the comics. Which Vos would we be “seeing,” and would readers like him? (Answer: Both of them. And yes, I hope!) 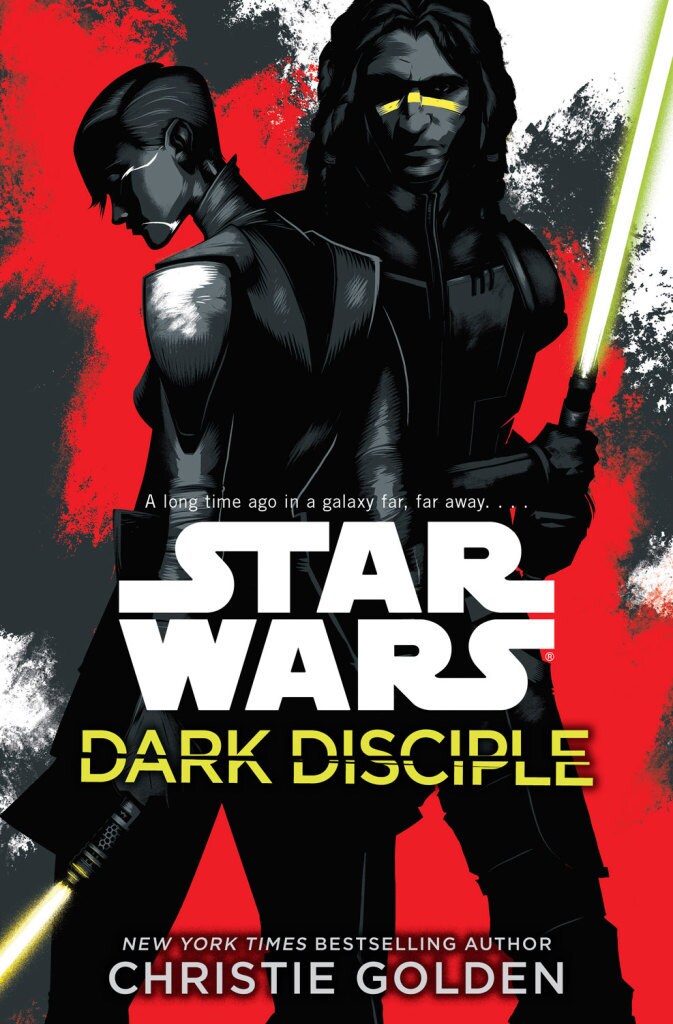 I always like to go to the source, and fortunately, everything I needed to know about preparing to write the book was contained and accessible. I took on the happy task of watching every episode of The Clone Wars, many of them more than once. I grew to become a great fan of the show, and more than once had to reach for a Kleenex. I watched and listened, absorbing Ventress’ voice and body language so that it became second nature. With Vos, I watched the four animatics available to me and viewed “Hunt for Ziro” many times. (Maybe more than I actually needed to…it’s a particularly fun episode. Okay, maybe I watched a lot of episodes more than I needed to!)

The scripts were solid, but they had been written for a specific medium -- safe for the younger crowd, designed to run 22 minutes with a big action sequence in each episode, and so on. They needed to be expanded and deepened in a believable way, and in consultation with Shelly Shapiro, Jennifer Heddle, and the Lucasfilm Story Group, I slowed the pace of the relationship to something that felt organic, comfortable -- and fun. Fun, until, of course, the dark side's shadow started to fall over two characters (let’s be real, two friends of mine) by the end of it.

Robert Frost wrote, “No tears in the writer, no tears in the reader.” I admit that sometimes the adventures of Vos and Ventress cracked me up as I visualized them, and other times...did I mention Kleenex? I think I mentioned Kleenex.

In the end, challenging as it was, this was definitely one of those books that I cherish having written. What great characters, what fun ideas; what eternal questions I got to play with. I hope my readers find the ride as worthwhile as I did.