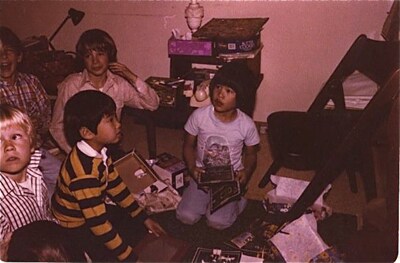 A huge thank you to everyone who helped pack the house at the Holocron 101 panel at Star Wars University this morning. In case you missed it, here's a quick recap:

I started off the panel with a brief history of my life by Star Wars movie release date starting in 1977 with my my first viewing of Star Wars at age 6 up through the premiere of the Star Wars Special Edition in 1997 which was also the day that I first heard that I'd gotten a job at LucasArts.

I later showed screenshots from the Holocron covering all the fields of data that we track. I discussed some of the other tools I use to track continuity, including a never-before-seen glimpse of the Jedi Casualties board we had created back on 2002. I also managed to sneak in a quick little peak of the work-in-progress The Clone Wars episode timeline that I use to track the chronological order of the series.

Finally, I went through the major, non-movie tentpoles of Star Wars transmedia storytelling starting with Shadows of the Empire in 1996, and then on to Clone Wars 2002-2005, The Force Unleashed, and The Old Republic. I also mentioned the potential for 1313 as a tentpole.

We wrapped up the final minutes of the session with some great Q&A.

Thank you again for those who attended and for sharing with me your passion for Star Wars.