11/15 UPDATE: Star Wars: The Force Awakens 3D Collector's Edition has arrived in the US and Canada! Get full details on the landmark set below, including J.J. Abrams' audio commentary, deleted scenes, and much more. It's a big deal.

The Force is calling to you again. Only this time, in 3D.

The latest film in Star Wars saga is coming home -- for the first time in immersive 3D -- with Star Wars: The Force Awakens 3D Collector's Edition. Announced today, the four-disc collection will release this fall, rolling out October 31 and arriving in the US and Canada on November 15. Encased in stunning collectible packaging, the set contains the film's original theatrical release on Blu-ray 3D, Blu-ray, Digital HD, and DVD, along with originally released bonus features and brand-new bonus material, including additional deleted scenes, behind-the-scenes conversations with cast and crew, and revealing, never-before released audio commentary by director J.J. Abrams. (Note that Collector’s Edition configuration may vary by territory.) Not even Maz's castle has a treasure like this. Get a first look below! 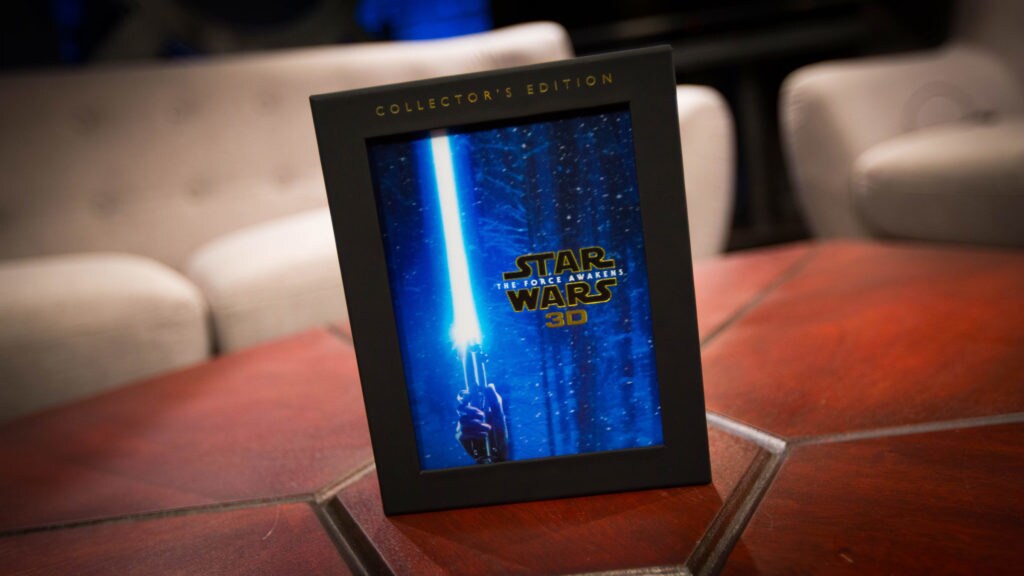 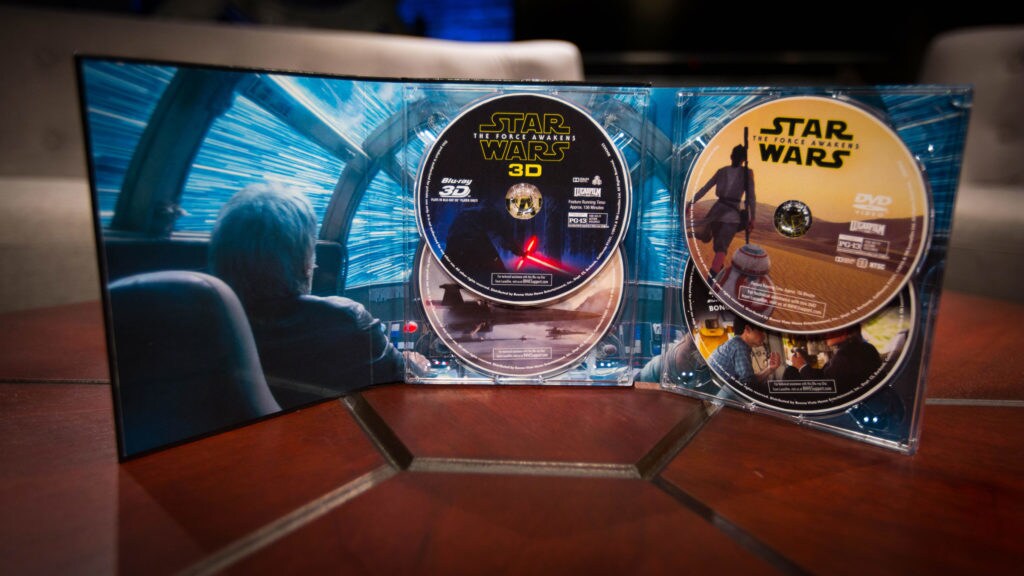 
* Digital bonus offerings may vary by retailer. New bonus content is available in the 3D Collector’s Edition package only.


Star Wars: The Force Awakens shattered box office records upon its debut, grossing over $936 million domestic and $2 billion worldwide. With rave reviews from critics and fans alike, it garnered five Academy Award nominations and took home the BAFTA Award for Special Visual Effects. Featuring new heroes and villains, along with classic characters, thrilling action, and a heartfelt story, Star Wars: The Force Awakens connected with fans and deepened the mythology of Star Wars -- and kicked off a new era of Star Wars that will continue with the first in a series of standalone films, Rogue One: A Star Wars Story, premiering December 16, 2016.