Check out a thrilling look at the upcoming Original Series in advance of its September 21 debut on Disney+.

The Cassian Andor actor debuted a brand-new, action-filled trailer for the upcoming Disney+ Original Series, revealing more story and character details than ever before. It was also announced that Andor will now premiere September 21 with three episodes, with subsequent episodes following every Wednesday. You can check out the trailer and a new official poster below. 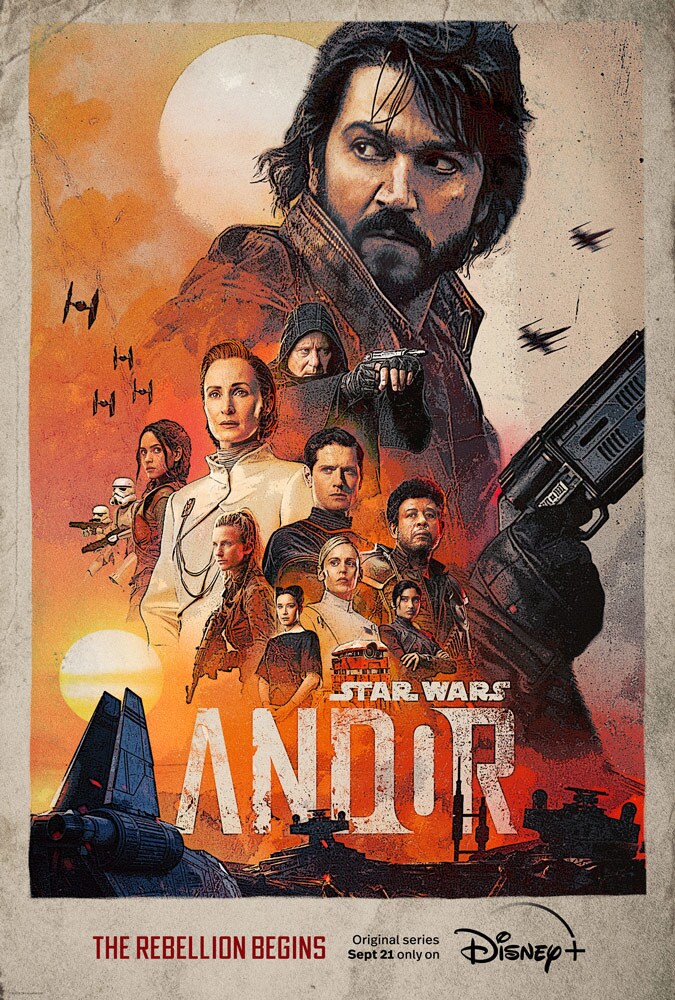 Andor, created by Tony Gilroy, stars Diego Luna, reprising the role of rebel spy Cassian Andor from Rogue One: A Star Wars Story in a tale set five years prior to the events of the film. Joining Luna is Genevieve O’Reilly, who will return as Mon Mothma, as well as Stellan Skarsgard, Denise Gough, and Kyle Soller.