Creating a Winter Wonderland on Hoth

Escape the summer heat with a closer look at the making of the ice planet in Star Wars: The Empire Strikes Back.

Stepping onto Hoth’s icy surface feels like a fantastical winter wonderland. Herds of tauntauns search for lichen among crevasses of ice. Snow glitters on rolling hills and sharp-edged cliffs. The air is brittle and cold, fouling up engines as surely as it freezes any human unlucky enough to be caught outside for too long. Danger awaits within the caves, where wampas search for living prey -- and all of this is evoked through the special effects and music developed for the film starting in late 1977. The crew of Star Wars: The Empire Strikes Back, from composer John Williams and the London Symphony Orchestra to actors and model-makers, built the world of Hoth in conditions as harrowing as those faced by the Rebels in their hidden snow base. As we try to escape the summer heat, StarWars.com explores what it took to make a planet of snow and ice.

A top-down look at the practical effects used on the Hoth sets begins with why the Star Wars sequel ended up on the snow planet in the first place. George Lucas recruited science fiction writer Leigh Brackett to pen a first draft based on his original story. She detailed the ice planet, the attack by the wampa, and the Imperial assault that forces the Rebels to flee. Lucas’s second draft changed the tone and some detail, but much of Hoth remained the same. 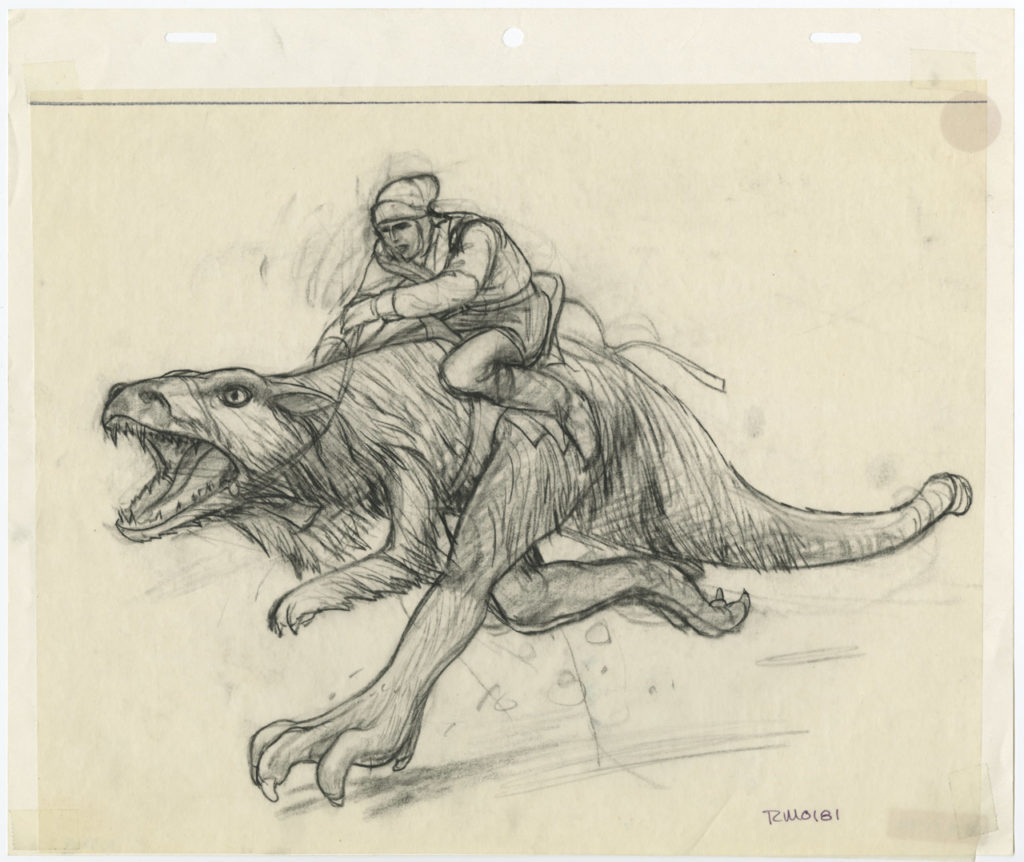 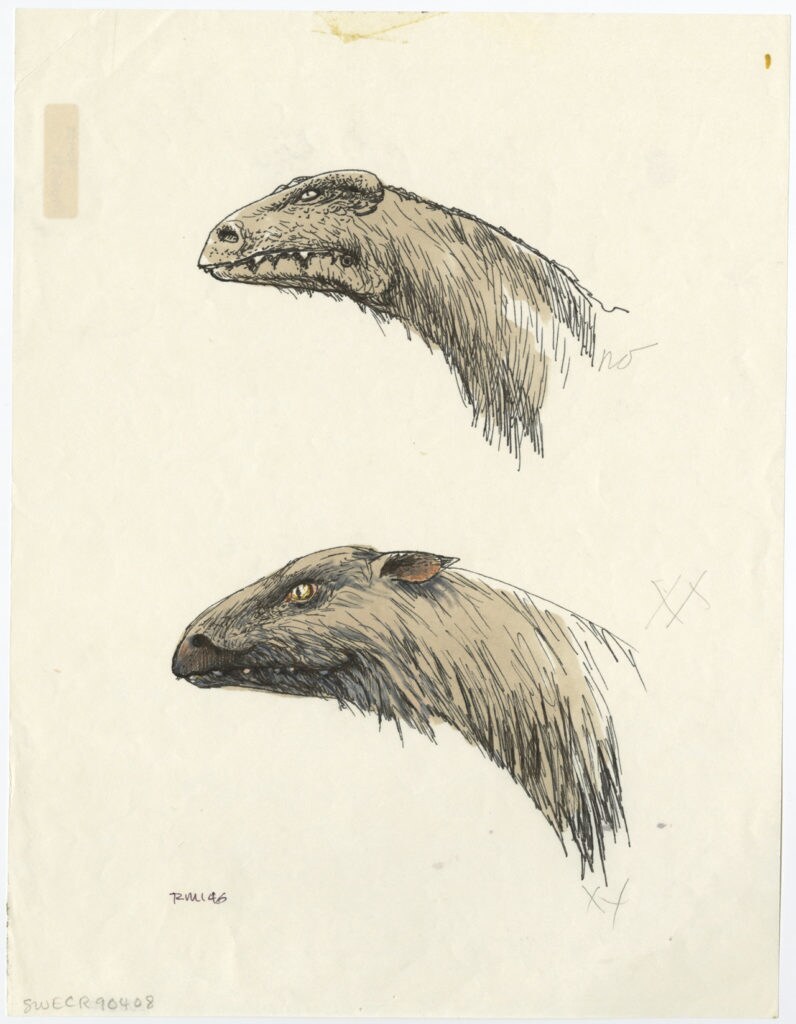 That script had a lot to live up to. By late 1977, the same year Star Wars: A New Hope released to incredible success, development on Hoth concepts was in full swing. Far from evoking warm hearths on a peaceful snowy afternoon, Hoth was designed to be a place where the rebel heroes would face an unwinnable battle. Concept artists, including the legendary Ralph McQuarrie, began work on the rebel base. Some of the initial ideas for it were adapted from a location from Brackett’s script called “Vader’s Castle,” which would later become the rebel base. McQuarrie and model maker Phil Tippett both worked on the design of the tauntaun, which McQuarrie originally drew as a scaly dinosaurian creature, adapted for the desert. Lucas told him that it needed to suit a snowy environment and that instead of a dinosaur, it should look more reminiscent of a rat. The furry creature seen on screen eventually was developed from these concepts.

Along with the tauntauns, AT-AT walkers, gun emplacements, and snow speeders also needed to be created as practical props. Effects artist Joe Johnston was tasked with creating the AT-AT walkers, originally pitched as tanks. He plucked the idea of mechanical legs from General Electric’s Walking Truck, a four-legged robot concept designed by Ralph Mosher, as well as art created by science fiction concept artist Syd Mead for a US Steel promotional brochure about the future of steel. Meanwhile, George Lucas kept in mind the Martian vehicles from War of the Worlds.

Initial design work was done in late 1977 and early 1978, shortly before filming began. Although this is not always or even often the case when it comes to making movies, the first major scene in The Empire Strikes Back was also the first section to be filmed. (The ground scene, that is, as opposed to the establishing sequence of the Star Destroyer and probe droid in space.) Finse, Norway was chosen for the outside scenes, while the interiors and some effects shots would be created inside Elstree Studios in England.

The Shining was being filmed at the same studio at the time, and even borrowed some studio space from Empire when one of the stages was rendered unusable after a fire. The snow in the studio sets was artificial, coated with salt for the shine. But temperatures there could be uncomfortable on a typical day too, with director Irvin Kershner recalling that it reached 100 degrees.

The fire would not be the only unexpected setback during filming. All of that picturesque snow in Norway proved to be a real problem for the crew. On the Hardangerjøkulen glacier, which Kershner said was chosen in part because it was “much easier than building an entire camp to support the crew in some remote spot in the Arctic,” the crew faced their own troubles. With snowfall and avalanches severe enough to block roads and train tracks, the crew was effectively stuck in their winter wonderland during the shoot. The scene where Luke Skywalker collapses into the snow was shot just outside the crew’s hotel, with the camera remaining inside the hallway while Mark Hamill shook with cold outside. The wampa attack, battle scenes, and Han rescuing Luke were all shot in these inhospitable conditions. Producer Gary Kurtz recalled 18 feet of snow during the shoot. 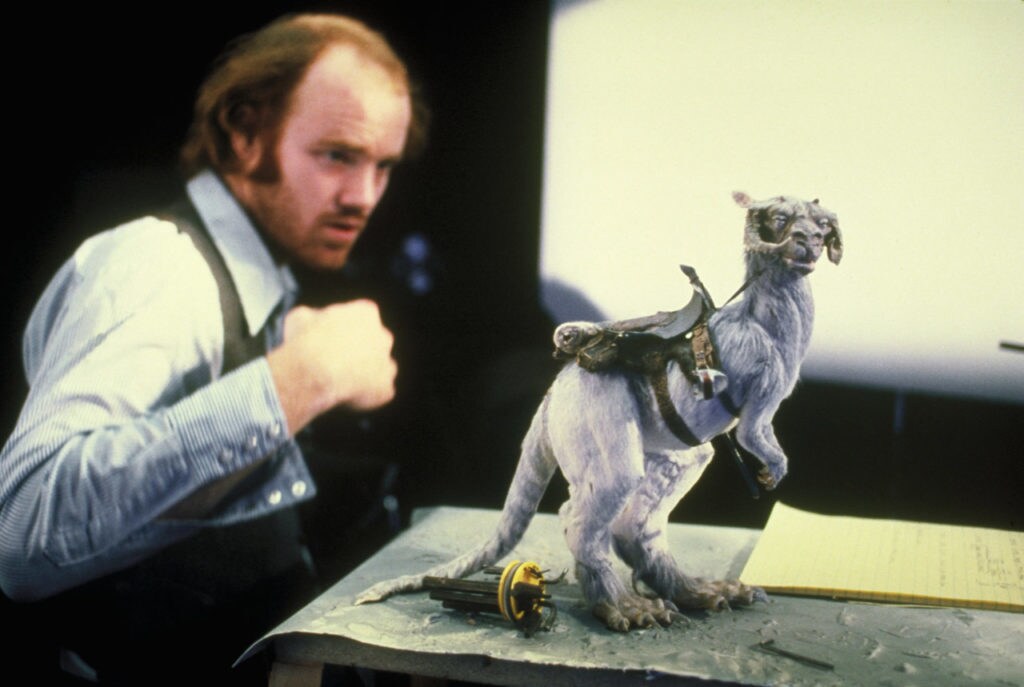 Meanwhile, the practical task of creating both tauntauns and walkers, along with other vehicles and droids, went to the stop-motion artists at ILM. Like the Rebellion, ILM was growing -- and sometimes struggling to find enough people to man the trenches. Empire’s creatures and ships demanded trial and error. Effects artists considered having an actor in a suit perform as the full-scale tauntaun in some shots, but the end result was more like a puppet, with technicians animating a half-tauntaun from inside for closeups such as the creature’s last breaths. One full-scale tauntaun was built for the scene in which Han cuts the creature open. Models were used for stop-motion shots, then laboriously layered into live footage of the snowfields.

The wampa was also originally planned to include an actor in a suit. Actor Des Webb was cast, but the suit was too heavy and hot to be practical, especially considering that Webb needed to wear stilts. A scene where a wampa attacks inside the base was laboriously filmed, but eventually cut. ILM then built a puppet version of just the torso and face, which could be used in the shots of the wampa attacking.

As was the case throughout the original trilogy, vehicles were meticulously built and shot as practical models. The original plan was for the models of creatures, vehicles, and actors to be filmed in front of a blue screen and comped into the location shots, according to Phil Tippett in the 2004 documentary Empire of Dreams. However, they ended up being able to do many of the shots against painted backgrounds. The wide shot of the rebel hangar was also a matte painting, done by McQuarrie. Between them, McQuarrie, matte department supervisor and painter Harrison Ellenshaw, and painter Michael Pangrazio made every matte painting in the film.

Even though Hoth’s wintery scenes are more struggle than celebration (for both the characters, and sometimes, the people behind the scenes), Empire has endured as perhaps the most universally loved film in the Star Wars saga -- and as proof that people can get through the harshest of winters to build marvels on the other side.

Of course, the story of Hoth’s creation is long and detailed -- much of this information is sourced from and expanded upon in The Making of The Empire Strikes Back by J.W. Rinzler and Empire of Dreams: The Story of the Star Wars Trilogy directed by Kevin Burns.

"We Could Start on the Ice Planet": Learn How Hoth Came to Be in the Star Wars: The Empire Strikes Back 40th Anniversary Special - Exclusive Excerpt