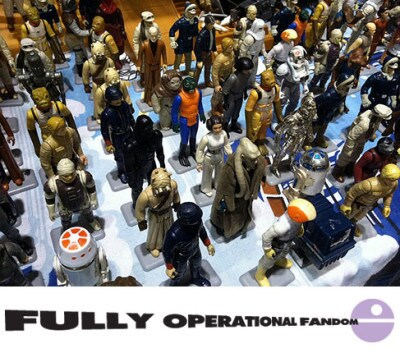 Have you ever felt frustrated when you walk down the toy aisle at any given store and don't see a figure of your favorite Star Wars character? As awesome as it would be to have at least one of every character ever seen on screen or mentioned in the Expanded Universe, it's impossible for Hasbro to do. The costs of manufacturing all those figures and the accompanying packaging would be high enough to make Darth Vader come in to uh, cut some corners. Who needs consultants? A little Force choking will do the trick.

You don't have to lose hope when you can't find what you're looking for; even if you dress like a Stormtrooper, you probably don't give up as easily. With a handful of materials and patience, you can transform existing action figures into whatever you want. Tired of seeing Mara Jade in the black catsuit? Obtain a Mara figure and change her wardrobe. Don't like the only Corran Horn figure on the market? Create your own.

You can make modifications from top to bottom and besides working on existing characters in the Star Wars universe, you can make an entirely new action figure. Build the bounty hunter you're portraying in the Star Wars: Edge of the Empire role-playing game or mash-up a character from the galaxy far, far way with a superhero. Sure, the Avengers are terrific, but what about the Defenders of Coruscant? I'd buy that comic. 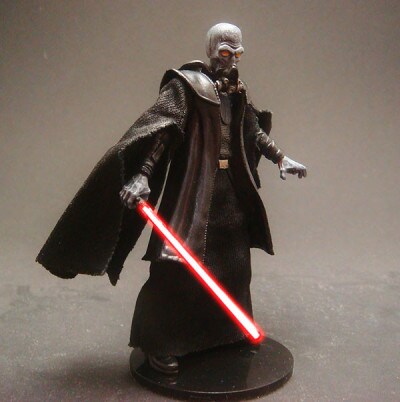 
What it boils down to is that custom action figures are yet another way to express your fandom. As I'm sure you've noticed, Star Wars fans are exceptionally good at that. If you search for custom action figures on the web, you'll find everything from Darth Plagueis to Bo-Katan. Choose a character, any character, and you'll be impressed by what others have created. Use their examples to fuel your inspiration.

It's easy to start customizing action figures. The first step: research. Rebelscum.com has a handy guide with the basics, resources, and tutorials. I'll warn you that it is all too easy to lose track of time looking at all the reference material. Next: decide what sort of project you want to tackle first. Remember, it's not limited to just action figures; you can also modify vehicles and accessories. Since Hasbro's 3.75-inch figures are the most common and widely available, they make a great starting point. While you're considering the scale of your project, think about the character you want to build. Is it someone who doesn't have an existing action figure or are you able to alter a product already on shelves? 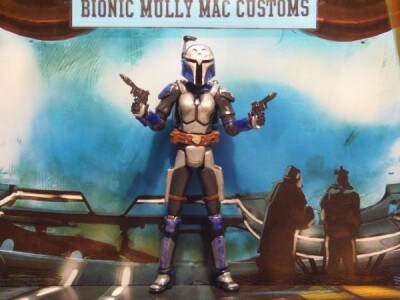 
For example, say you want a Death Trooper of your very own -- it's easy to find a 3.75-inch Stormtrooper base. Bins of cheaper, loose action figures at toy stores, conventions, and yard sales are the ideal place to rummage for resources. In this case, a dirty and beat up Stormtrooper would work well. Gather reference images of Death Troopers online and compare it to the figure you have. Make a list of what you want to change: cut armor, add blood and gore, paint on bullet holes and grunge, etc. Sketches are helpful.

Once you know what you need to mod, plan out each step. Here's where the resources linked above come in really handy. Not all kinds of paint will stick to the plastic on action figures. You want acrylic enamels. To apply the paint, you'll need some tiny brushes. If you want to cut up armor, you'll need to carefully wield an X-acto knife. I recommend practicing slicing and dicing on an action figure part you don't need before you begin your project.

When you know all the steps you need to take, reference the guide linked above and gather materials from your local craft store or the internet. I recommend reading as many tutorials as you need to feel comfortable with making customs and reaching out to the customs community for advice, but remember that nothing is quite like diving in and trying it out. You'll learn what works and what doesn't pretty quickly, and you'll only get better with practice.

The possibilities are endless. I feel like that's something I say a lot in this column but only because it's true. Creativity, time, and the willingness to learn new skills can lead to fantastic creations and projects that only make fandom more wonderful and personal.

"Oh, No!" The Rancor May Join The Black Series Via HasLab

Begun The Clone Wars Have in Hasbro's Star Wars: The Black Series — Exclusive