Creature Feature: 5 Things You May Not Know About Varactyls

Find out all about these lizard/bird hybrids from Revenge of the Sith -- without having to travel to Utapau.

Creature Feature explores the ins and outs of monsters and beasts in the Star Wars universe, from in-universe facts to behind-the-scenes secrets. While you'll learn a lot here, we still suggest caution when checking out meteorites on ice planets or landing on large asteroids.

Where would Obi-Wan Kenobi be without Boga? If this isn't one of the most pressing questions in Star Wars, I don't know what is. The varactyl transported him around Utapau in Revenge of the Sith and helped him locate General Grievous. Though they weren't acquainted long, Boga was loyal to Obi-Wan and stuck by his side until Commander Cody executed Order 66. Aww. #RememberBoga

Let's leave the sadness behind and take a closer look at this lizard/bird mashup of a creature. Here are five things you might not know about varactyls:

Varactyls call the planet Utapau home, and hang their hats in the many sinkholes or arid areas. When trained, they're obedient and faithful -- reference the note above about Boga being loyal to Obi-Wan. 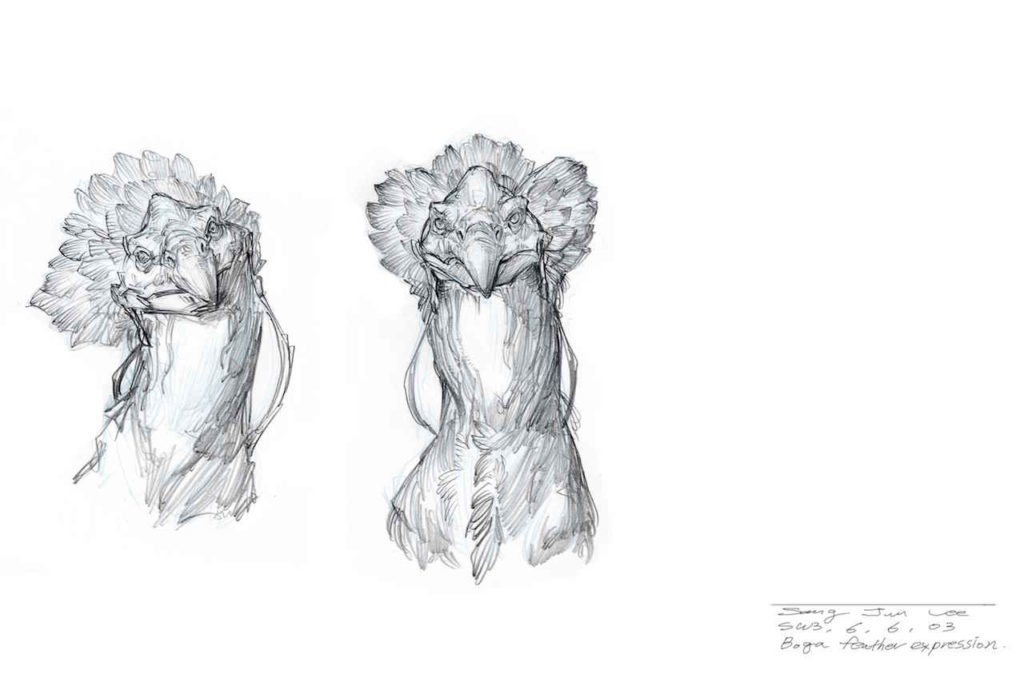 The Skywalker Sound library sounds like a magical place. I realize most of the collection is digital, but I like to imagine walking into a vault surrounded with boxes labeled with notes like, "Walrus noises, recorded March 1980." I don't know if walrus sounds exist in the archive, but the sound stash does include a Tasmanian devil, which was recorded for the 1988 film Willow. Its sounds were combined with dog and coyote yelps to create the distinct varactyl yelps in Episode III.

The varactyl's design combines elements from birds and lizards; it's reptavian. In order to combine the two different textures effectively, Industrial Light & Magic (ILM) created feather diagrams and studied the shape and look of both reptilian scales and bird feathers. They looked at various lizards in motion in order to make a believable set of movements for the varactyl. 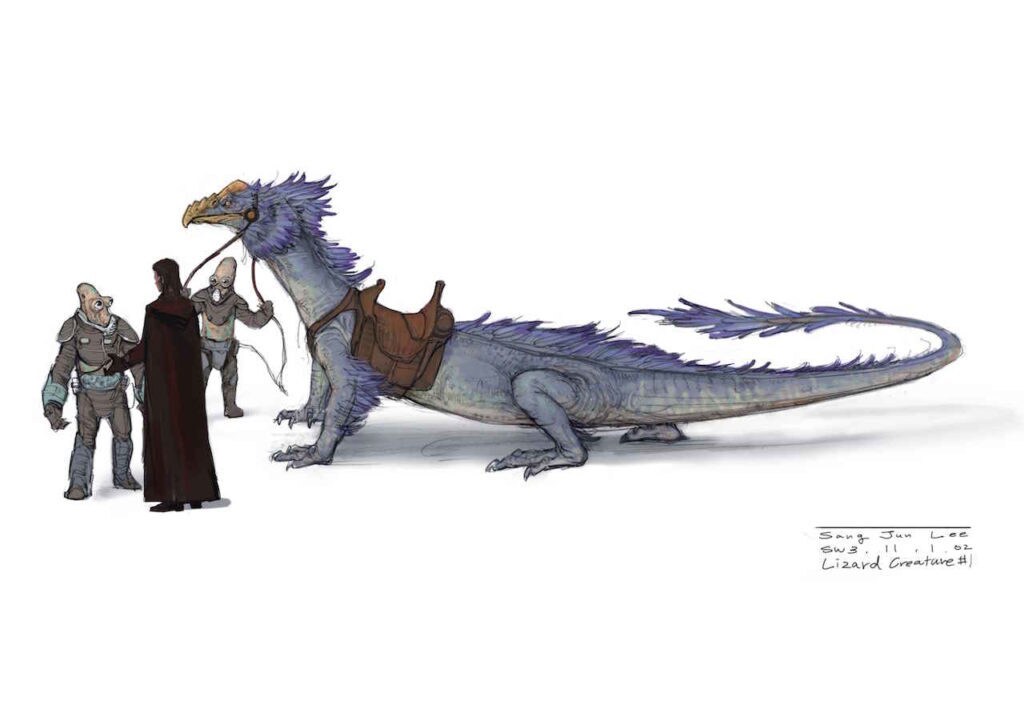 The varactyl design initially included more variety. In addition to lizards that looked like Boga, concept sculptor Robert Barnes said they came up with various lizard shapes and types of lizards. Boga had gecko pads that allowed the creature to stick to the walls, but they also thought they might have lizards that could glide. Ultimately, Boga's design was it. Her feathery mane came from the mind of George Lucas. Barnes said the addition gave more expression to the creature. 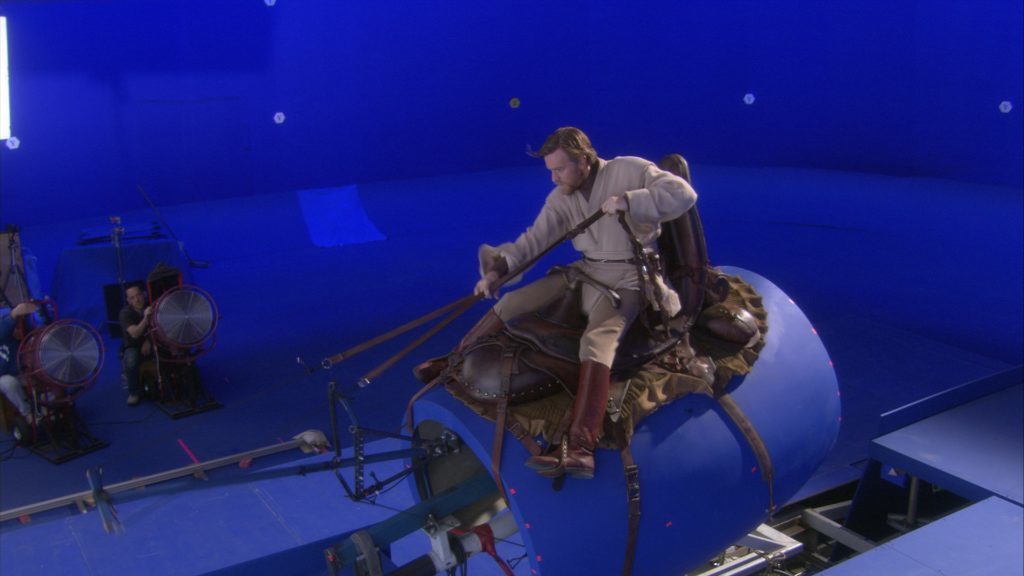 Being an entirely digital construction, the varactyl wasn't built for practical use on set. Instead, Ewan McGregor rode a blue barrel on a hydraulic rig against a blue screen. The varactyl stand-in had a harness and reins, and that helped the animators map the creature and match every movement to McGregor's. According to Star Wars Chronicles: The Prequels, "During post-production, the animators studied this motion and extracted what movements they could to apply to the lizard's animated run cycle. This required extensive digital repositioning and massaging to align properly." In wide shots, they made both Obi-Wan and Boga digital.