Learn which line of dialogue was a Star Wars Rebels reference and much more!

Star Wars Resistance is here! The animated series follows Kazuda “Kaz” Xiono, a young pilot recruited by the Resistance and tasked with a top-secret mission to spy on the growing threat of the First Order. Visit StarWars.com following each episode for “Bucket’s List Extra,” an expansion of our weekly fun-facts video series Bucket’s List. In this installment, we look at “Dangerous Business.” 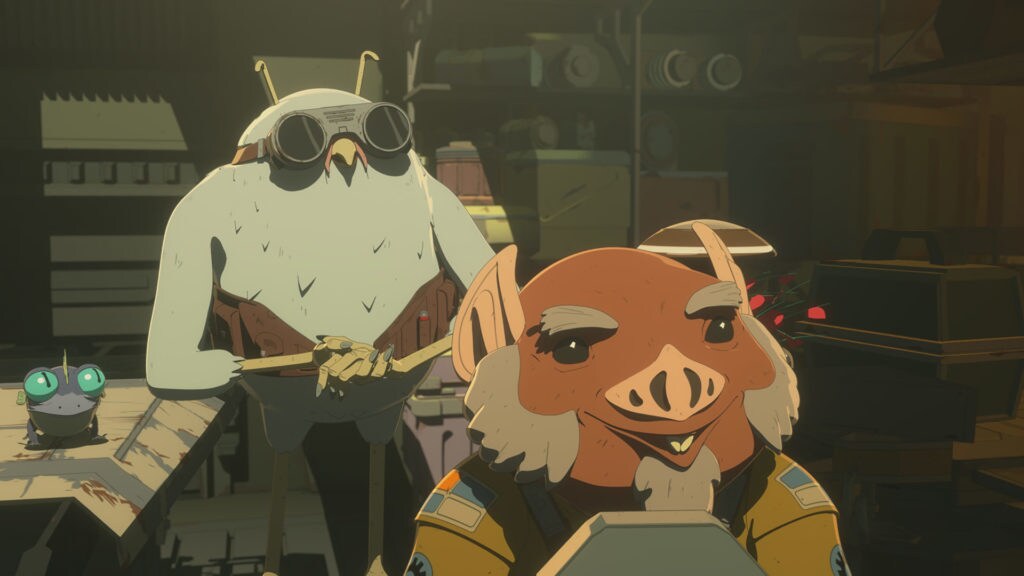 The original outline for the episode had Flix and Orka leaving the platform to deal with “a major shipment problem.” It then changed to leaving to “seal the biggest deal of the year.” By the second draft of the script, this had been changed once again to visiting Flix’s mother. 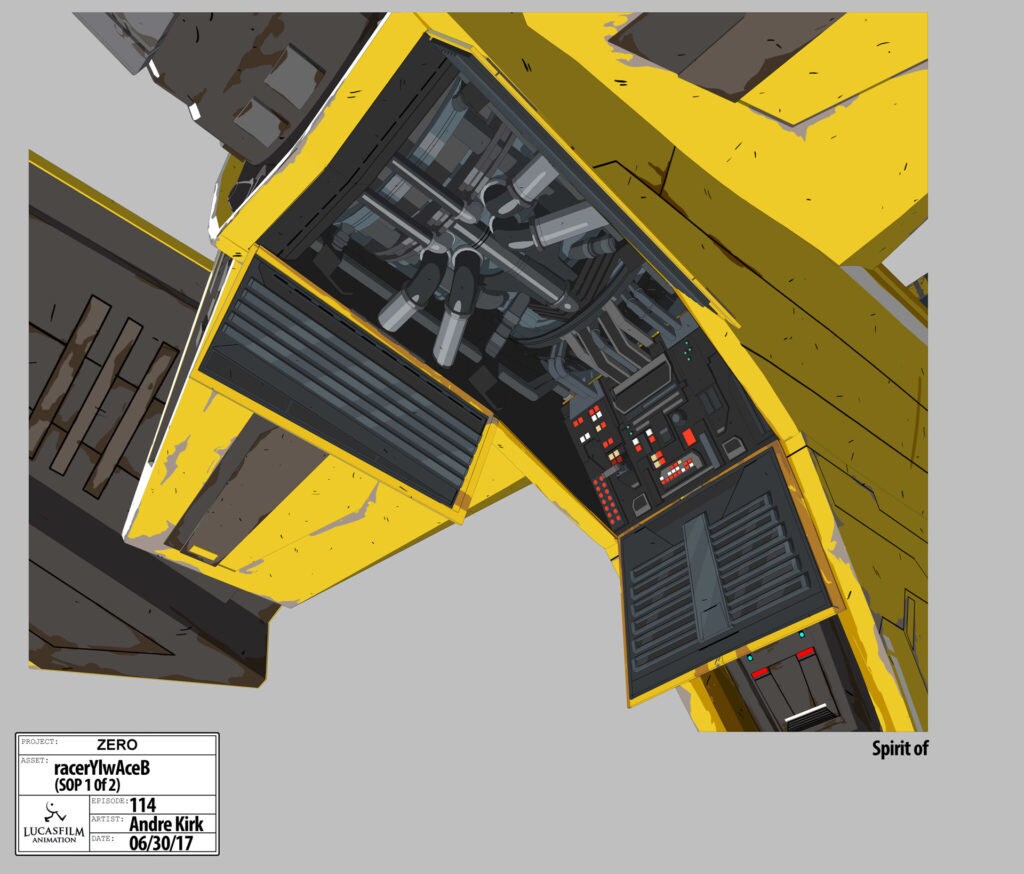 In an earlier version of the script, Yeager’s crew was working on Bo Keevil’s racer. Artwork showing the interior engine sections of the Yellow Ace ship was developed to that end (see image above), but the final draft of the script changed it to the Fireball. 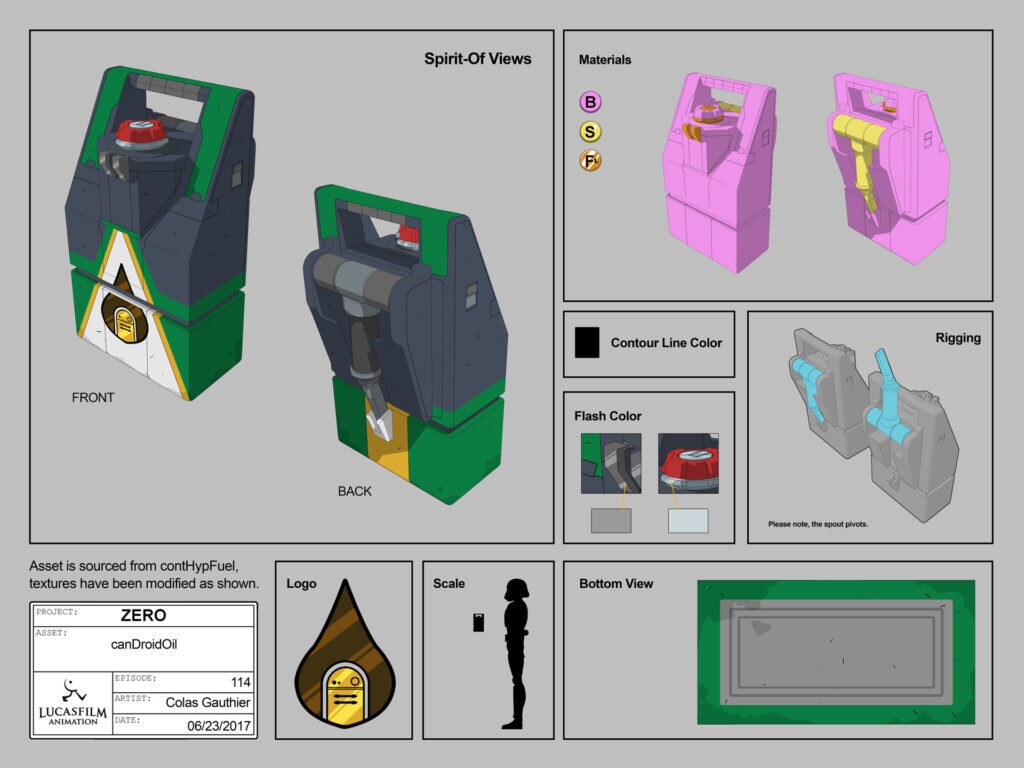 3. For fancy droids only.

The premium droid oil that Jooks picks up comes in the same type of container as the hyperfuel seen in an earlier episode, but with a logo of a stylized astromech droid indicating its contents. 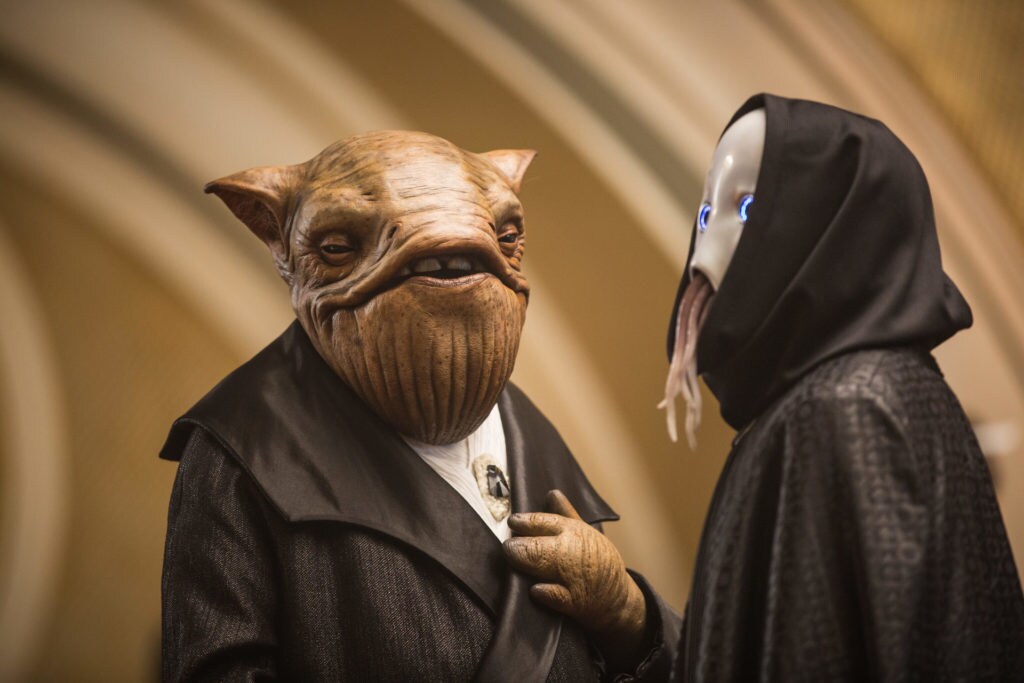 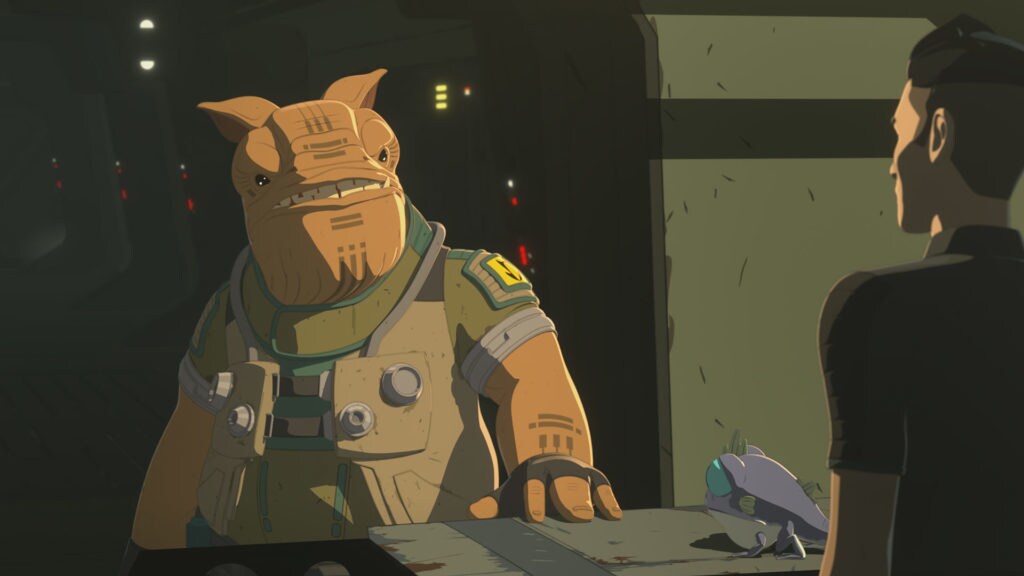 Teroj Kee’s design is based on a Keteerian alien lurking in the Canto Bight casino in The Last Jedi. In the film, he’s creature design K020 (using the creature shop’s coding system), a hotel concierge named Teerib Igmusk played by Keith De’Winter. 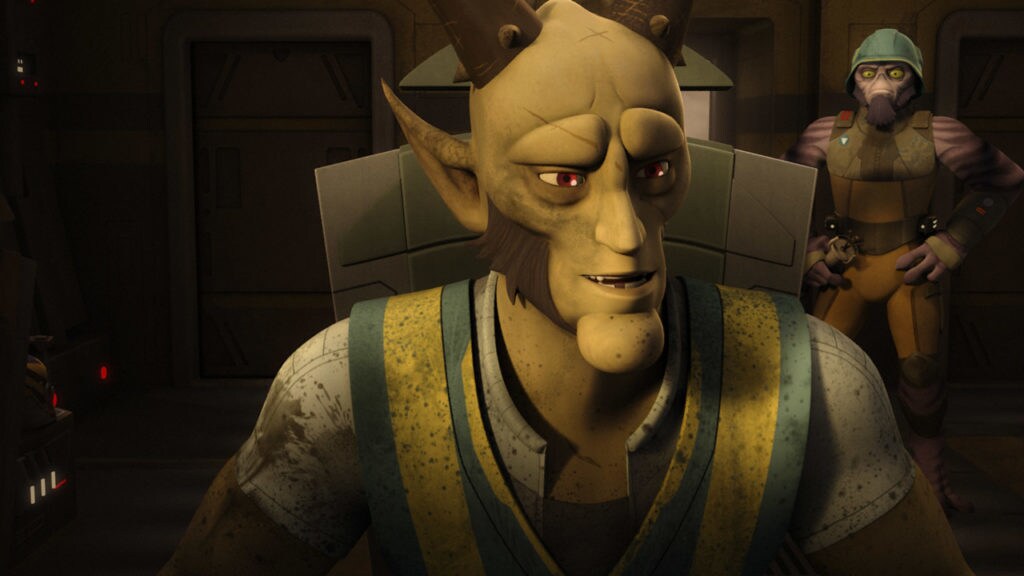 An exasperated Orka evokes the “Moons of Gozgo” in a curse, which is something Cikatro Vizago would do in Star Wars Rebels. 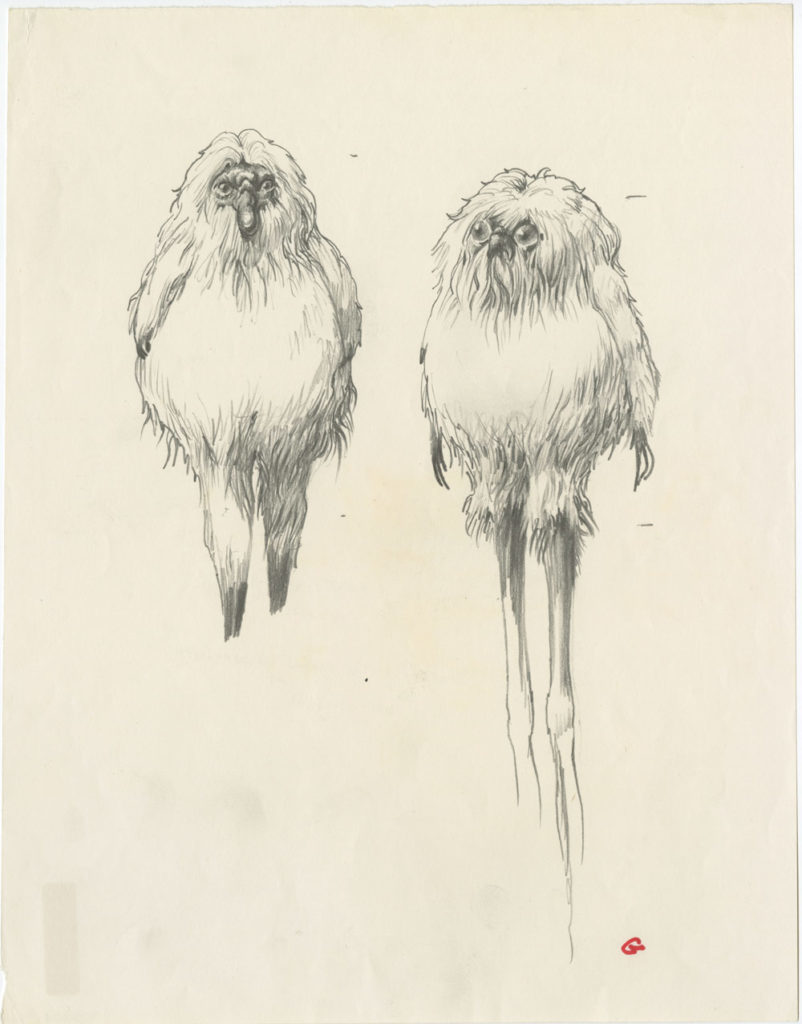 6. Inspired by the master.

While Flix isn’t exactly part Gungan, as he claims, he is a new alien species -- Gozzo -- designed for the show, but based off an original Ewok sketch by Ralph McQuarrie. Some of these same sketches ended up becoming Yuzzum. The more bird-like sketches were used as inspiration for Flix.