6 Things You Might Not Know About the Prequel Trilogy Costumes

The Star Wars prequels explored a new era. They showed a more prosperous time in the galaxy. The Clone Wars had only just begun, and the Empire wasn't in charge. As you would imagine, such a different time period means a change in fashion. Additionally, the prequels showed us a broader range of citizens. It wasn't just about the members of the Rebel Alliance and the Empire. We met senators, queens, bounty hunters, and more everyday sort of people. The variety let costume designer Trisha Biggar and concept artist Iain McCaig stretch their legs. They enriched the universe and storytelling with their work. Here are six things you might not know about costumes in the prequel trilogy: 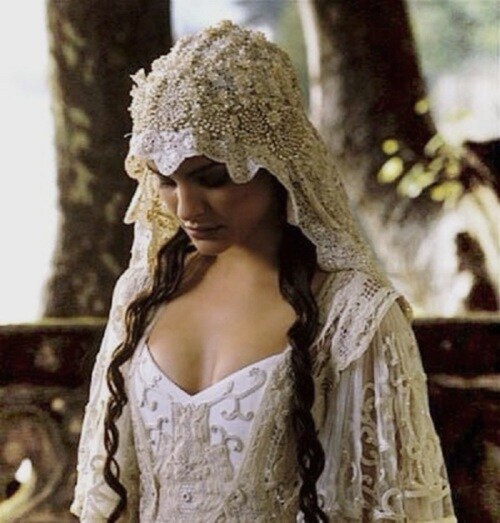 1. Padmé's wedding dress was a bedspread.

The elegant white gown worn by Padmé at her wedding to Anakin in Attack of the Clones began life as an antique lace bedspread. Biggar found the material in a thrift store and worked with Sandra Fullerton and her embroidery facility to applique sections of the bedspread onto silk tulle. The amount of vintage fabric from the bedspread was limited so Fullerton's team made an additional 300 yards of braid in order to piece the dress together. Biggar and her crew added pearls by hand. [Source: Laela French, Dressing a Galaxy: The Costumes of Star Wars] 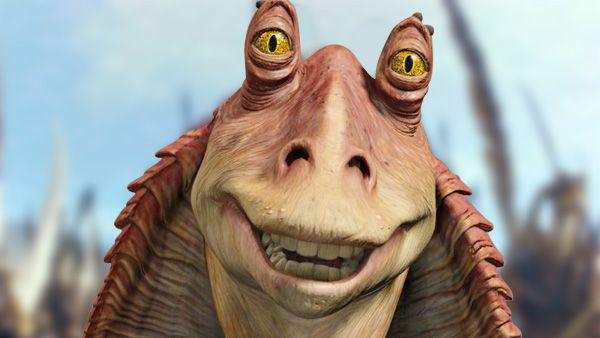 Characters like Jar Jar Binks were entirely digital down to the costume. However, in order make the representation of the fabric as realistic as possible, real costumes were made. George Lucas said, "In a lot of cases, we built a digital costume, but she [Biggar] built the real costume first. And then we have the actor walk around in the costume, and we watch how it moves. They photograph it, so it tells you what the different fabrics do and how they move." [Source: Dressing a Galaxy: The Costumes of Star Wars runway show interview] 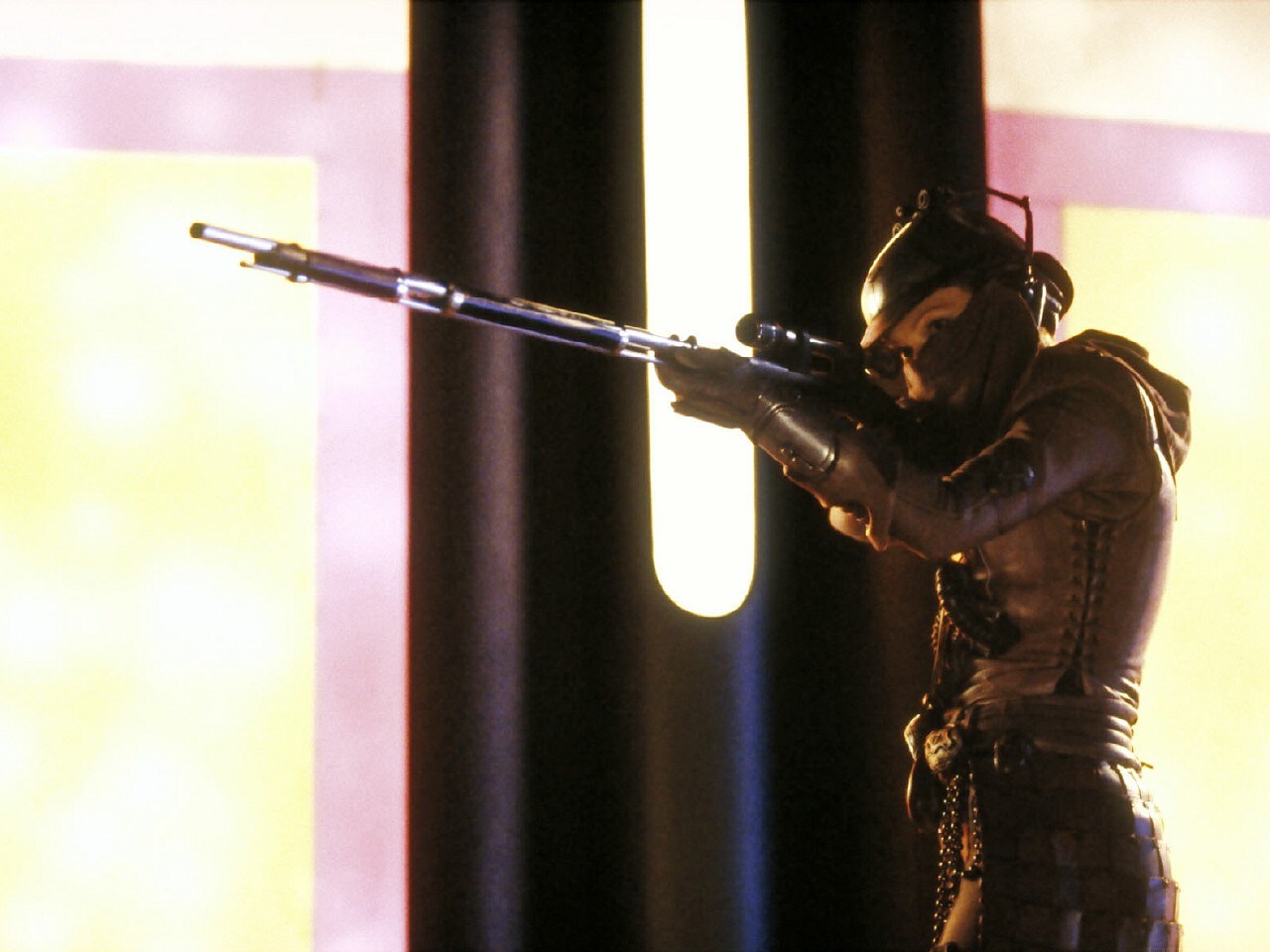 The various components in Zam Wesell's costume -- armor, leather, and props -- required the costume designer to work closely with other departments such as costume props and stunts (this happened with several costumes in the prequel trilogy). Biggar visited a private collection of samurai armor and clothing during a trip to Japan in early 2000, and the pieces she saw inspired the techniques used to bring all the elements of Zam's costumes together. [Source: Dressing a Galaxy: The Costumes of Star Wars] 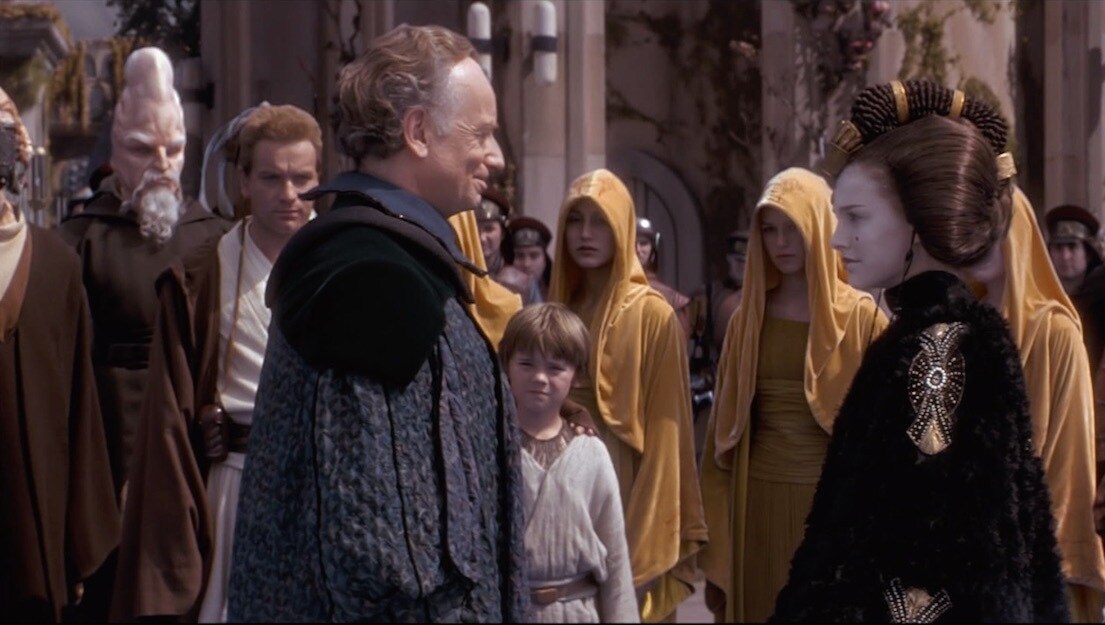 When Sheev Palpatine first appeared in The Phantom Menace, he seemed like a kind mentor. We all know how that ends. Biggar used color throughout the prequels to show his transformation. Over time his robes became darker and more ornate. Biggar also used texture to communicate how Palpatine's true nature was coming through and decaying. For his first costume in Revenge of the Sith, they used a latex layered wood fabric. Biggar said, "The rubberized materials' corroded and decomposing appearance has the look of a loathsome creature, reflecting and emphasizing the advanced decay of his inner character." [Source: Dressing a Galaxy: The Costumes of Star Wars]

5. Padmé's elaborate costumes could be put on and taken off quickly.

Production schedules are usually tight, and that means everything has to be optimized whenever possible. In regards to Padmé's extravagant Queen Amidala wardrobe in The Phantom Menace, the robes and layers were designed so they could be easy to remove. Natalie Portman complimented Biggar's work and said the costumes were one of the most special parts of Episode I, but also said, "I wasn't the happiest of people having to wear the Senate costume with the big hairpiece, however. The outfits were made so they could be easily taken on and off because if you have to go to the bathroom at some point during the day, you can't spend five hours for a bathroom break. The hair and makeup usually took about two, two and a half half hours, but the costumes took 15 minutes." [Source: Starlog Magazine #270] 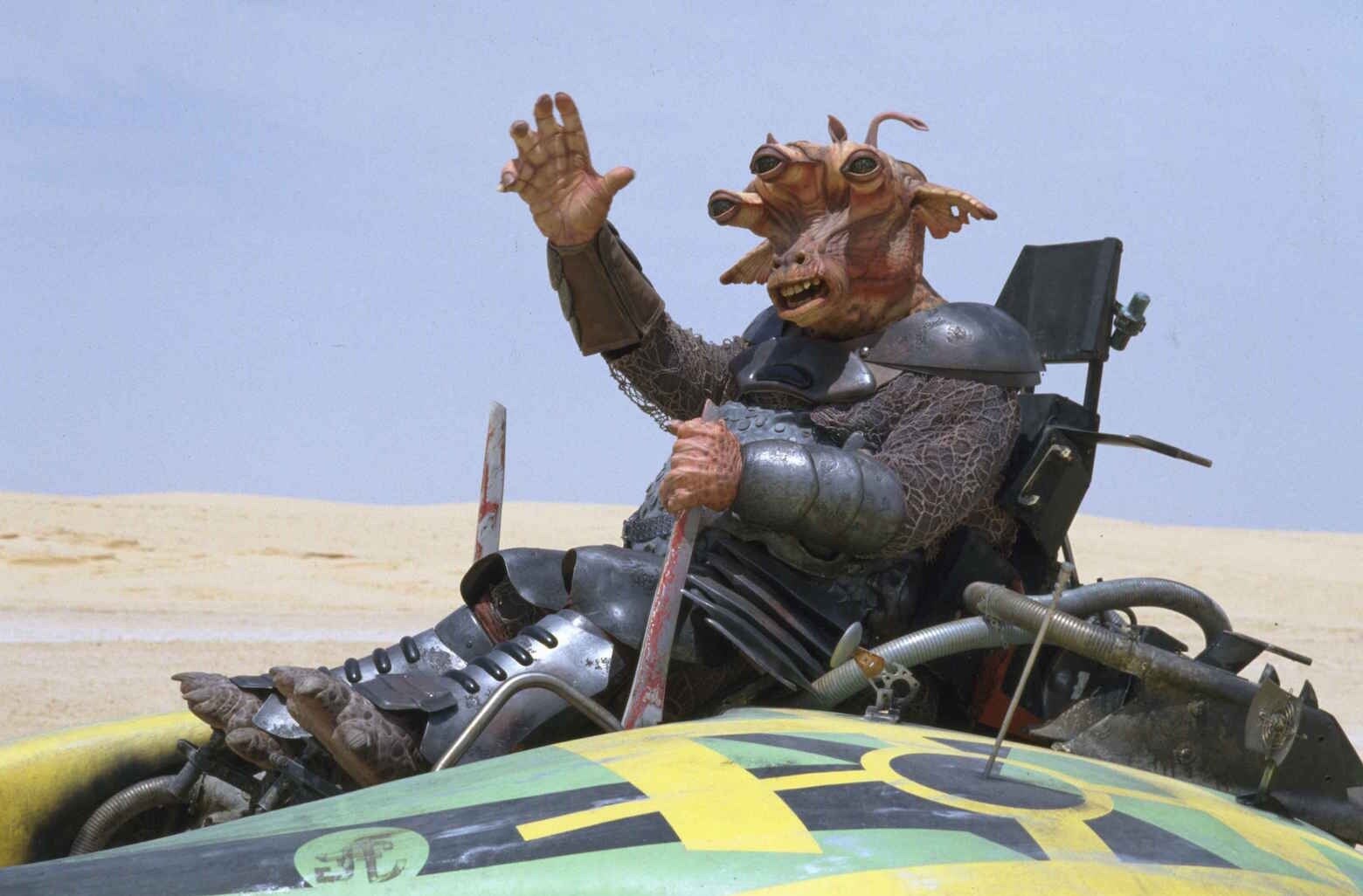 6. Nature was used as a material in at least one costume.

Why go to the fabric district when you can look to nature? The podracer Mawhonic's costume featured fabrics made with actual pebbles. A textile student used small stones collected from the English seashore and latex in the costume. However, the stones ended up popping out of the fabric during filming due to the blazing heat of the Tunisian sun. [Source: Dressing a Galaxy: The Costumes of Star Wars]

Which of the prequels costumes are your favorites? Let me know in the comments!