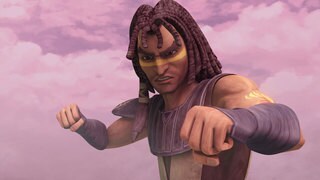 A Jedi with a sarcastic sense of humor and a reputation for not playing by the rules, Quinlan Vos was an expert tracker renowned for his ability to read memories from objects people handled. The Jedi Council sent him on a mission to assassinate Count Dooku, during which Vos fell in love with the assassin Asajj Ventress and was forced to learn the ways of the dark side of the Force. Get to know the unique story of a fan-favorite Jedi. Bane Vs. Quinlan Vos and Kenobi

Though Bane failed to get Ziro the Hutt's incriminating journal, he feels he can cut his losses by collecting the Separatist bounties on two Jedi Knights. 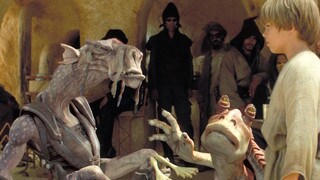 After the bounty hunter Cad Bane freed Ziro the Hutt from a Republic prison, the Jedi Council sent Obi-Wan Kenobi and Quinlan Vos to return Ziro and capture Bane. Vos’s brash ways had given him a reputation as a maverick Jedi, a contrast to the relatively staid Kenobi.

Vos and Obi-Wan tracked Ziro from Nal Hutta to Teth, where they discovered an unknown killer had shot Ziro dead. They skirmished with Cad Bane, who arrived at the same time they did, but the bounty hunter escaped them as well. 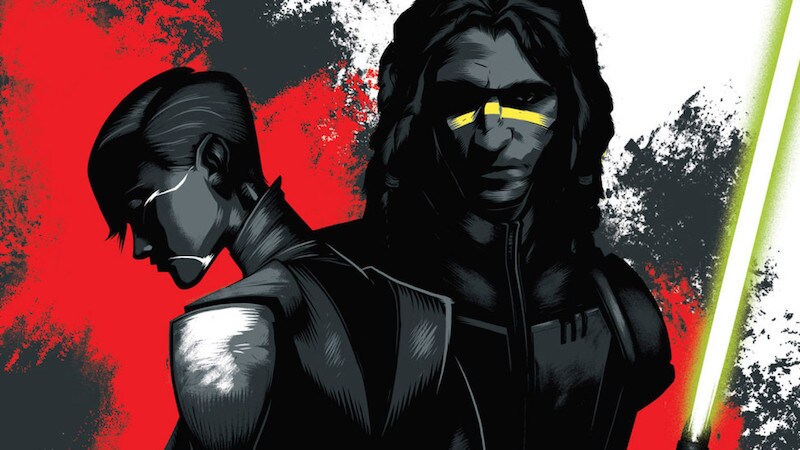 Later, Vos was given a difficult assignment by the Jedi Council: assassinate Count Dooku. Going undercover, he teamed up with Dooku’s former apprentice, the assassin Asajj Ventress. Vos fell in love with Ventress, who persuaded him to learn the ways of the dark side in order to defeat Dooku. As Vos would discover, such dalliances are extremely perilous for Jedi.