Counting down the greatest guardians of peace and justice in the galaxy!

Star Wars is loved for its technological wizardry, starships, designs, shootouts, aliens, and weird creatures. But the heart of Star Wars is the Jedi. Their teachings inspire us, their use of the Force sparks our imaginations, and their struggles -- embodied in the stories of Anakin Skywalker, Luke Skywalker, Ahsoka Tano, and others -- give us insight into our own. For this list, we looked at Jedi in the Star Wars films and Star Wars: The Clone Wars, ranking them on impact on the saga and personal accomplishments. 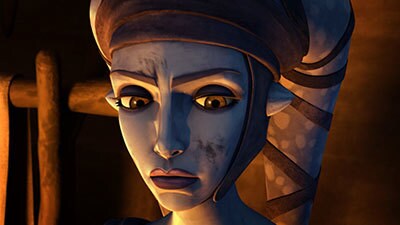 Aayla Secura is a natural leader and one of the most respected Jedi from the Clone War era. Only seen briefly in the Star Wars prequels, her appearances in Star Wars: The Clone Wars reveal her to be level-headed, strategic, and wise. In "Jedi Crash," Aayla is instrumental in helping Ahsoka and the clones survive their starship wreck, as well as teaching Anakin's Padawan to focus on her duty; in "Zillo Beast Strikes Back," she's fearless when confronting one of the largest creatures the galaxy has ever seen. It would take an Order 66 sneak attack for Aayla to meet her end, but she remains a fan favorite. 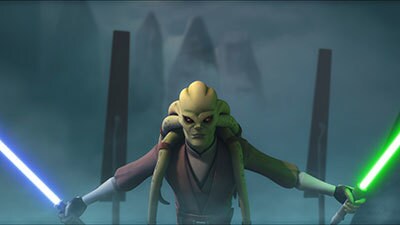 With a killer name, great design, and friendly demeanor, Kit Fisto is one of the most popular Jedi from the Star Wars prequel era. He saves C-3PO from himself during the Battle of Geonosis in Attack of the Clones, and is one of the few Jedi chosen by Mace Windu to help arrest Chancellor Palpatine in Revenge of the Sith. He particularly shines in a battle with General Grievous on Star Wars: The Clone Wars, severing one of the feared Jedi killer's mechanical hands and besting him until reinforcements arrive -- while imparting many words of Jedi wisdom on the General, to no avail. 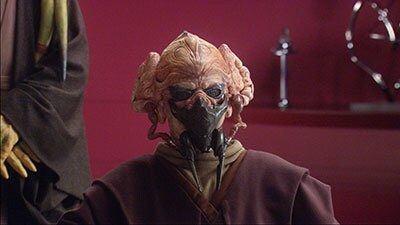 Calm and confident, Plo Koon is a gifted warrior, while at the same time, a paternal figure to many. In his interactions with everyone on Star Wars: The Clone Wars, from Ahsoka to bounty hunter Aurra Sing, he urges thought over action; when Ahsoka is lost to a Trandoshan hunt, it's Plo who implores Anakin to have patience and not let his emotions dictate his being. At the same time, he doesn't shy away from action, leading the rescue of Anakin and Mace from their doomed starship. Combined with with his very-cool breathing apparatus, goggles, and booming voice, there's no other Jedi like him. 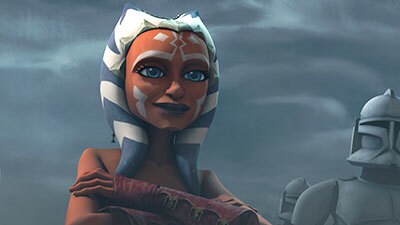 Ahsoka Tano is a true Star Wars icon, one that audiences were able to see grow from an inexperienced Padawan into a great leader. Her exploits on Star Wars: The Clone Wars show just how far-reaching her journey has been, from her failures (disobeying orders during battle and losing many pilots as a result) to her successes (leading other Padawans in a revolt on a Trandoshan hunting world). But it is Ahsoka's decision to leave the Jedi Order that may be her finest moment, as it shows that she's an individual with integrity and no longer a child, with more courage than most Jedi. 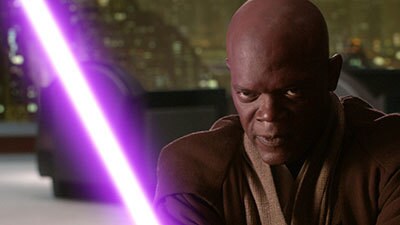 Among the highest ranking members of the Jedi Council in the days of the Old Republic, Mace Windu is one of the most important Jedi to ever live. He and Yoda clearly have a mutual respect, with both valuing the tenets and ideals of the Jedi Order over any personal matter (see their rejection of Anakin's entrance into the Order in The Phantom Menace). An expert swordsman with a grim nature, Mace kills Jango Fett in the Battle of Geonosis and defeats Darth Sidious in combat (until Anakin arrives...) -- something that not even Yoda could accomplish. His death in Revenge of the Sith is a tragic, point-of-no-return moment for Anakin and the saga, illustrating the weight he carried as a Jedi. 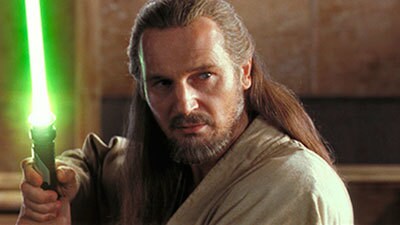 In Qui-Gon Jinn, audiences see that Jedi can be a little more rogue than previously imagined. Qui-Gon takes a big risk in gambling on a Podrace, let alone a child driver, in The Phantom Meance; he dares add Anakin's freedom as a bet; and he is unafraid to butt heads with the Jedi Council. These qualities trickle down throughout all those whose lives he touches, from Anakin and his rebellious streak to Obi-Wan's thoughtfulness. Additionally, he is the Jedi who discovers the path to immortality, which has a major impact on who the Jedi are and their understanding of the Force. Qui-Gon Jinn's importance to the Star Wars saga cannot be understated. 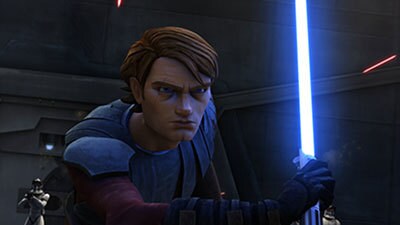 Powerful. Compassionate. Flawed. Anakin Skywalker is all these things, which is why he's one of the most compelling figures in Star Wars. Unusually strong with the Force (and the possible Chosen One prophesied to bring balance to the Force), Anakin is creative and rebellious within his orders and Jedi duty, always managing to get the job done no matter the odds. He's fiercely loyal and a warrior like no other: he is the only Jedi to try and prove Ahsoka's innocence in a terrorist bombing investigation; he kills Count Dooku aboard the Invisible Hand, then leads the escape with an unconscious Obi-Wan on his back ("His fate will be the same ours," Anakin dares tell Palpatine); and he turns over a trusted mentor to the Jedi. But his loyalty and compassion, combined with his ego, form a fatal flaw: fear of loss. Anakin has the hubris to think he could maintain a secret marriage and break Jedi code, commits terrible acts to save his wife from death, and then sets his sights on galactic conquest. It could not right all his wrongs, but Anakin's final act -- sacrificing himself to save his son -- redeems him, and shows how great a Jedi he was and is.

There is no greed in Obi-Wan Kenobi, no need to be recognized, no need to win at all costs. Perhaps the quintessential Jedi, Obi-Wan is an able fighter and leader, but mindful of his duty and respectful of the Council above all else. While nicknamed "The Negotiator," his resume in battle is practically unmatched: he defeats Darth Maul, the first Sith Lord to surface in a millennia; he destroys General Grievous (albeit using an "uncivilized" weapon); and he stops the rampage of Anakin Skywalker, even though it breaks his heart. Years later, Obi-Wan rescues Luke and teaches him the way of the Force, acting as a guide, father-figure, and sacrificing himself for his student. Obi-Wan always puts others and what's right before himself. If Jedi are the heart of Star Wars, Obi-Wan is the heart of the Jedi.

"Do. Or do not. There is no try." "Judge me by my size, do you?" "Great warrior... Wars not make one great." While he is the most powerful Jedi, it's Yoda's wisdom that continues to resonate with fans today. In The Empire Strikes Back, he does much more than instruct Luke Skywalker in combat or prepare him physically to fight Darth Vader; he readies his mind and tries to curb the boy's impatience and anger, which is something that's much harder to do. And through that, Luke -- and the audience -- learns that there's much more to being a Jedi than adventuring. Of course, he also is a great warrior, as seen in the prequels, taking on Count Dooku, clone troopers, and Darth Sidious. Taken together, Yoda is the ultimate Jedi Master.

Luke Skywalker is not perfect. He has his father's anger. He makes mistakes. He's loyal to a fault. It's his ability to overcome all this, learn from the past, and strike a balance between duty and individuality that makes him the greatest Jedi. When we see the Jedi in the prequels, one of their core tenets is to let go of attachments. But did they push it too far? Dave Filoni told StarWars.com, "Is Anakin’s way of being so compassionate wrong? Because on a certain level, you have to accept that the Jedi lose the Clone War. So there is something that they’re doing that’s wrong. There’s something they’re doing that doesn’t work and that the dark side is exploiting." And it is Luke Skywalker who figures it out. He is strong with the Force and a hero of the Rebellion, showcasing his power in amazing ways -- see his decimation of Jabba's crew over the Sarlacc pit. But he is the only Jedi who brings true compassion back to the Order, and that's how he defeats the Emperor where even Yoda failed. Yoda and Obi-Wan both tell Luke that he has to kill his father, which is something he does not want to do. In Return of the Jedi, Luke's hate takes over, and he finds himself ready to deliver a final strike to Darth Vader, with the Emperor goading him on. Then, he pauses. (It's a key moment, often overlooked, that recalls a significant lesson he learned from Yoda: "How will I know the good side from the bad?" he asked Yoda in The Empire Strikes Back. "You will know when you are calm. At peace," his Master said.) With that, Luke throws his weapon away. That act confounds the Emperor -- he needs people to fight, to use their aggressive feelings -- and choosing love over hate is, ultimately, the only way to beat him. Luke's compassion awakens the good in his father, and that good is what restores freedom to the galaxy. Not a blaster, not a proton torpedo, and not a lightsaber. In the end, Luke obeys his mentors by going to confront Vader and the Emperor, but he does it his way. Luke is a true original.

That’s it. What do you think? Did we nail it? Are we out of our minds? Did we overlook something? Let us know in the comments below!