Talking with Creature Effects Legend Chris Walas...Or As I Know Him, Uncle Chris

The creature master behind Gremlins, The Fly, and several of Jabba the Hutt's favorite henchmen looks back on his career.

Chris Walas is hailed by many as a special effects pioneer. His resume boasts an Oscar for Best Makeup and Hairstyling in addition to many iconic scenes we can’t forget even if we wanted to: the melting faces in Raiders of the Lost Ark, the horrifyingly deteriorated Seth Brundle from The Fly, the devious Gremlins and their sweet counterpart, Gizmo -- just to name a few. To some, his work makes him a living legend. To me however, he’s always just been Uncle Chris.

Growing up, I had a vague idea of what he, and my father, Mark Walas, did for a living. As a really small kid I would sometimes visit them at work and get to see the old monsters up close and personal. As a result, the illusion was shattered and those terrifying scenes my uncle helped to create never seemed as scary as they should be to a 10-year-old. Although I knew my family contributed to some awesome films, much of it happened before I was born so I never had a crystal-clear picture of what my uncle had produced throughout his career. So, at the ripe age of 23 and now employed by the same company that helped kick-start my uncle’s career, I decided it was about time to set the record straight. 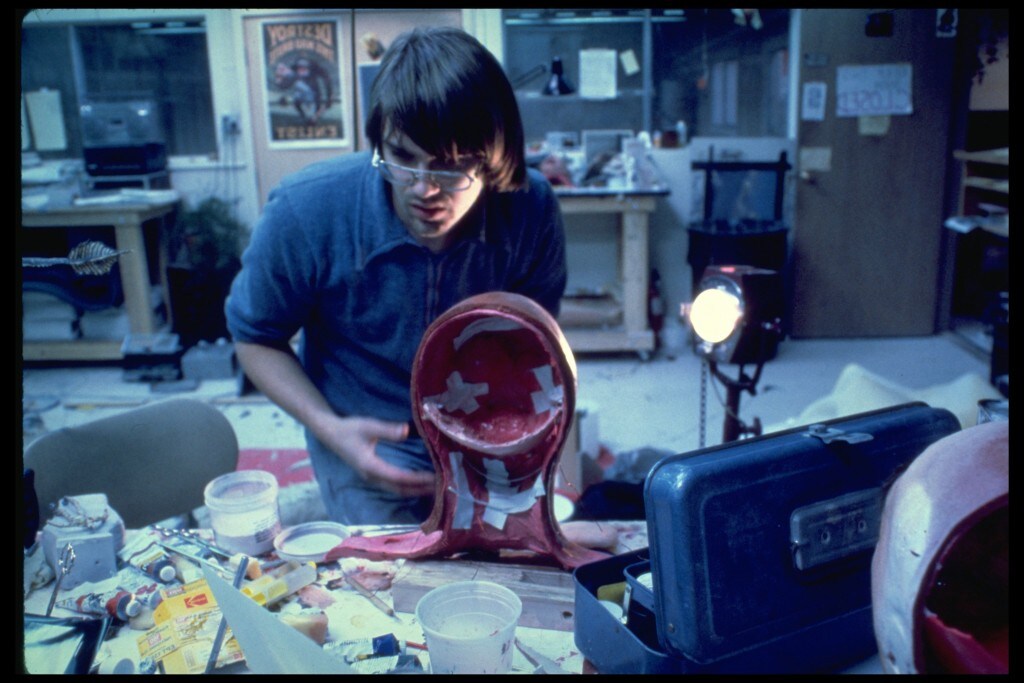 StarWars.com: Let’s start with the basics: When and how did you get to working at ILM (i.e., Industrial Light & Magic)?

Chris Walas: It was Phil Tippett who recruited me up from Los Angeles. We had both worked on a small film, Piranha, in Los Angeles, and Phil needed someone to come up and do molds and rubber running for Dragonslayer. I flew up to meet him and everyone at ILM and I was sold!

StarWars.com: What made you decide to work for ILM?

Chris Walas: At that point in time, ILM was the biggest operation with the highest profile in the entire world. I had been working hard in Los Angeles on numerous projects at the same time and thought a year at ILM would be a vacation compared to the schedule I had been on…it wasn’t!

StarWars.com: What was the energy like there in the early days?

Chris Walas: While it was definitely a company feeling and strongly departmentalized, it was still quite loose and free. There was a very open quality about the atmosphere and a real feeling that we were pushing the known limits of special effects, so that made it a unique time to be there.

StarWars.com: Which Star Wars film(s) did you work on and what were you doing?

Chris Walas: I only worked on [Return of the] Jedi and that was as a creature designer. I worked with Joe Johnston, Nilo Rodis-Jamero, Dave Carson, Ken Ralston, and Phil Tippett, among others. I was working on Raiders of the Lost Ark and Dragonslayer at the same time, so it was a bit of a hectic time for me. I was running between shooting stages and then up to the rubber room to do maquettes. Later, I set up the creature shop for Jedi and hired some of the crew.

StarWars.com: What was your reaction when you found out you’d be working on Star Wars?

Chris Walas: It was a dream come true. Like the rest of the world, I was blown away by Star Wars and it was every creature maker’s dream to be a part of the series. Although I came up to work at ILM specifically for Dragonslayer, it was my secret hope to be able to work on a Star Wars film, so when it happened, I couldn’t be happier!

StarWars.com: Did any of your creature designs make it to the final cut of the film?

Chris Walas: I think there are at least five or six of my designs in Return of the Jedi. I believe they are all in Jabba’s scenes as background characters.

After some research, I found out that Chris was responsible for creating: a Quarren named Tessek, a Gran called Ree-Yees, Tanus Spijek the Elom, an Ishi Tib referred to as Shasa Tiel, and J’Quille who is a Whipid. They all can be seen lurking about Jabba's palace. 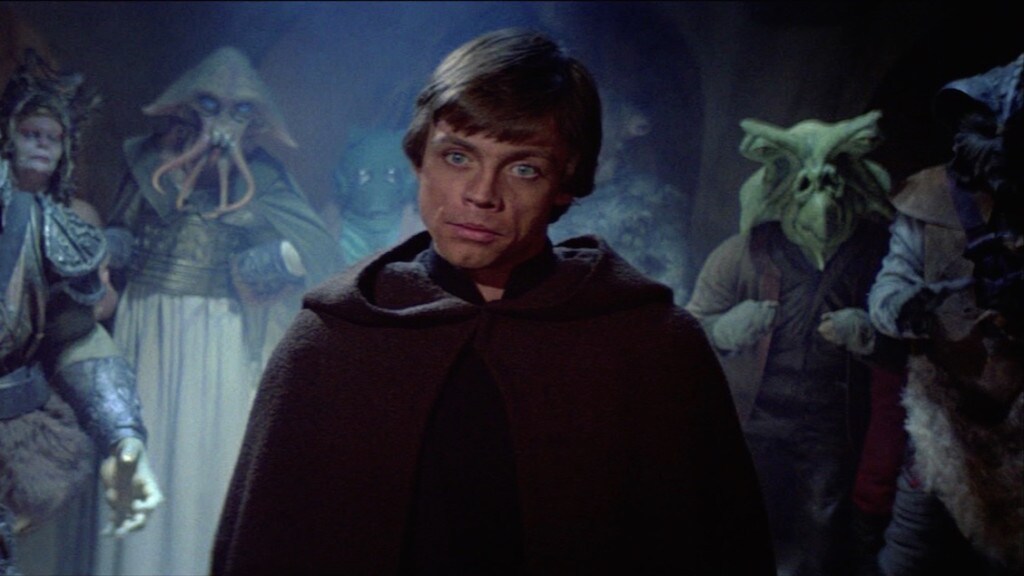 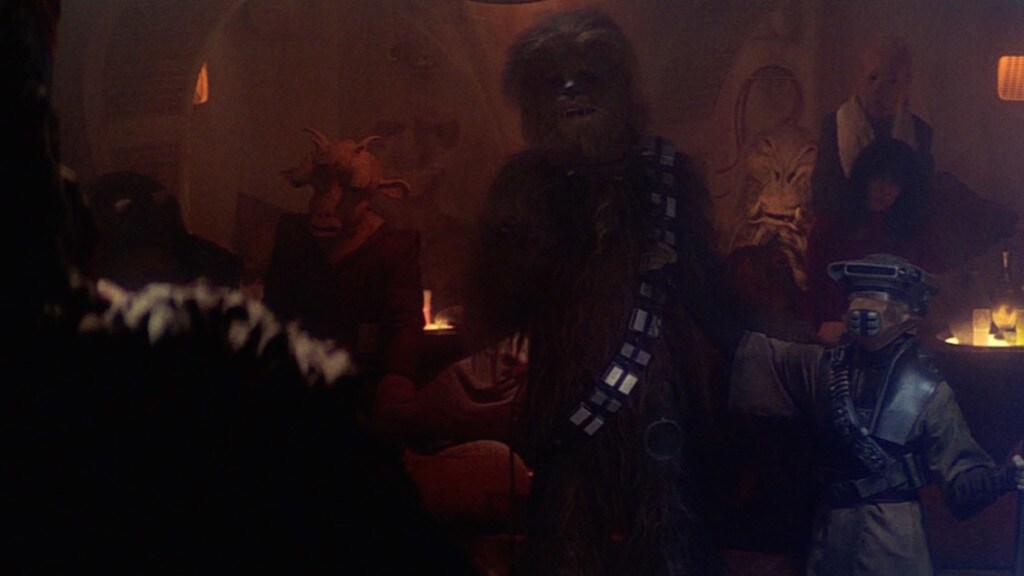 StarWars.com: Can you speak a little bit about your process when creating a new creature, specifically the ones created for Star Wars?

Chris Walas: At the time I was doing maquettes, we didn’t have a lot of input for the designs. George [Lucas] was still very busy on Raiders and wasn’t in town much, so we were largely on our own initially. But the sensibility of the films had already been established, so it was fairly easy to come up with concepts that belonged to that universe. This was, of course, before the days of CGI, so there was a level of practical concern when designing. It had to be able to actually work, not just a cool design. So a lot of the basic approach was that these aliens would be either someone in a costume (usually a mask and gloves, the rest determined by the art and wardrobe departments) or a puppet of some kind. So knowing the practical approach and the visual universe, it was really just a matter of adapting a known earth species, like with the Quarren species, or using interesting forms and keeping the details in the Star Wars universe.

StarWars.com: Do you draw inspiration more from your imagination or from things rooted in reality?

Chris Walas: I’m not sure there’s really that much of a separation between imagination and reality when it comes to creatures. My inspiration is almost always from something nature has created. Nature is relentless and astonishingly diverse in the amount and variety of life it presents. It’s really what parts you put together and how far from reality you want to go when you design creatures.

StarWars.com: What do remember most about your time working on Star Wars?

Chris Walas: The best part was working with so much amazing talent. ILM was the cream of the crop in the FX business and I’ve never worked with a team that was simply as talented.

StarWars.com: I’ve seen the old movies you and your siblings made as kids, so it’s clear that you’ve always been interested in film. What drew you to creature design and special effects?

Chris Walas: I was a monster kid. I loved all the old Universal horror movies, the '50s sci-fi giant monster films, and I was especially inspired by the work of Ray Harryhausen. When I was younger I had dreams of becoming a stop motion animator. That was until I realized the crushing amount of patience one needs for it! When I moved to Los Angeles in my early twenties, it wasn’t to get into special effects. I just wanted to be involved in filmmaking any way I could. You must remember, this was a time of very little available information and so a lot of what went into making a movie was still a mystery to most of us at the time. I eventually took a job at Don Post Studios, a mask-making company, and that opened the door into doing masks and props. I learned all the basics of working with molds and rubber and paint there. This was just at the time of the first Star Wars and Hollywood flipped for it, so everyone in town was doing ripoffs of one kind or another and they all wanted aliens. There was a lot of work for creature-makers at the time and not that many people [were] doing it then, so I had a lot of work very quickly. I was just lucky to be in the right place at the right time to get drawn into creature-making. Things just took off from there. 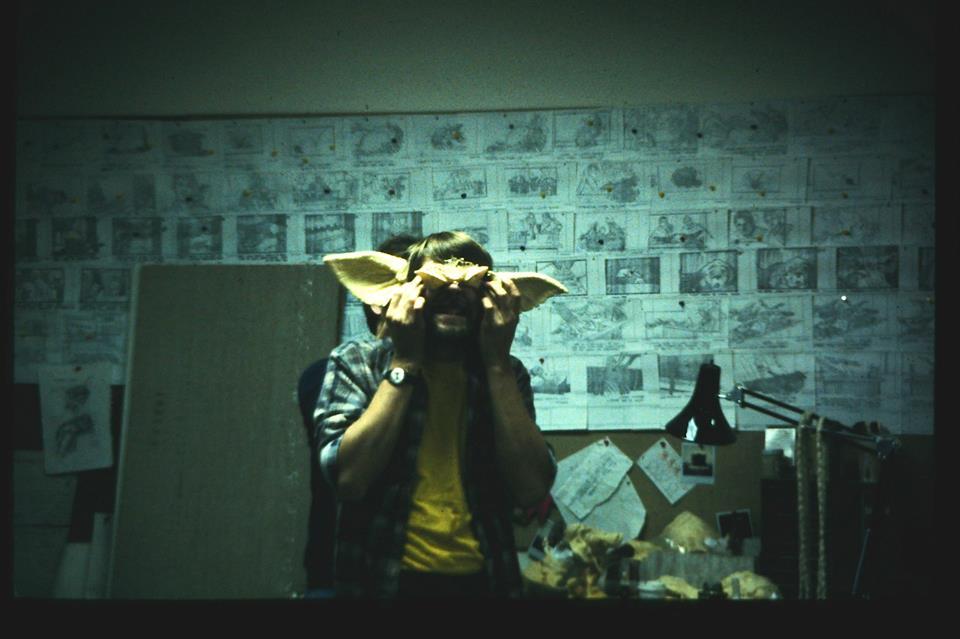 StarWars.com: When did you decide to create your own visual effects company, Chris Walas Inc.?

Chris Walas: Starting my own company was less of a decision and more of a necessity. I had been working freelance for years and then Gremlins came along. This was a project that was vastly larger than anything I had ever attempted and the business end of it demanded that I incorporate for legal reasons. So that would have been in ’81 or ’82.

StarWars.com: What was your favorite creature to create?

Chris Walas: The Gremlins had to be the most fun. It was a real free-for-all in terms of what we could try or think of. While it was one of the absolute most difficult and demanding shows I ever did, there was also a little bit of feeling of kids being let loose in a toy store to it. I love puppets and we really got a chance to show what we could do in that film.

StarWars.com: How did you approach crafting Gizmo and the Gremlins?

Chris Walas: Gizmo was a real challenge. The small size of the Mogwai made it difficult to come up with mechanical puppets that would have enough features to keep the puppet alive on film. We just couldn’t get away with most standard puppet techniques at that small size, so most of the Mogwai were largely animatronic, as opposed to the Gremlins. The Gremlins were specifically designed to be hand puppets and the majority of them were relatively simple puppets that were enjoyable to operate. There were lots of specialized puppets that only did one thing, crawl, skateboard, hang from the lights, etc. These were all unique and limited puppets that only performed a single function. We made a lot of puppets on that film. So many that an accurate guess at a number is not really feasible, especially since we cannibalized a lot of them to create new puppets along the way. The show was pretty crazy and we never knew what we would be shooting the next day, so my approach was to have a parts library on hand. That way if something came up that we weren’t prepared for, we could create a new puppet for that use overnight if necessary.

StarWars.com: What would you say is the most important thing to keep in mind when designing creatures?

Chris Walas: I think the main thing to keep in mind is the desired effect on the audience. What do you want the audience to feel when they see this creature? With Gizmo, it was cuteness and charm all the way. With Brundlefly, it was emotional pain and physical horror. The Star Wars aliens have a sense of eye-candy fun about them. It’s really about understanding the purpose of the character and how to best achieve that. Technically, it’s about getting the basic forms and proportions right for your goal. It’s NOT about details. Details are easy and definitely keep designs alive onscreen, but if the basic forms are not natural, believable and convincing, no amount of details is going to make much difference. And when in doubt, study Mother Nature.

Anina Walas, a recent graduate of Seattle University, is currently an intern at Lucasfilm with the StarWars.com team. She loves pretty much everything Disney, great weather, making/eating really good food, and of course, Star Wars. You can follow her on Twitter @aninaden, but beware, she's terribly inconsistent about tweeting things.

Photo of Chris Walas and Gizmo by Fred China.