Plus, Ashley Eckstein, voice of Ahsoka Tano, speaks to StarWars.com about the upcoming event.

The runDisney Star Wars Rival Run Weekend strikes back for its fifth anniversary in 2020 -- and is celebrating with some instant-classic race themes.

Race themes determine which characters or ships will grace each run’s medal, and this lineup features all-new combos of many of the saga’s greatest icons. Check them out below:


Next year’s racing event, coming to Walt Disney World from Thursday, April 16 to Sunday, April 19, 2020, will mark the first appearance of Ahsoka Tano -- or any animated Star Wars character -- on a runDisney medal. StarWars.com caught up with Ahsoka herself, Ashley Eckstein, about her character’s inclusion at next year’s runDisney Star Wars Rival Run Weekend, whether she’ll be participating, and any other surprises she might have in store.

StarWars.com: As the voice of Ahsoka, what does her inclusion in the runDisney Star Wars Rival Run Weekend, among all these Star Wars icons, mean to you?

Ashley Eckstein: I was so excited when I found out that Ahsoka was chosen as one of the characters for the Star Wars Rival Run! For Ahsoka to be listed among the other Star Wars icons is just so special to me. I'm so proud of this character and how far she's come. She is beloved by all fans and Dave Filoni has done such an incredible job of crafting her story and making her the icon she is today.

StarWars.com: You've always been an unabashed Disney Parks fan, and runDisney events are a really unique way to experience the Parks. Might you be participating?

Ashley Eckstein: Yes, I was already planning on participating in the Star Wars Rival Run for the first time next year, and now that Ahsoka is one of the characters I am literally counting down the days! I'm also enlisting all of my friends and family. We're going to do this together and we'll have our own Team TANO!

I already channel Ahsoka when I'm training, but now that Ahsoka is the character, with Darth Maul, for the 5K, I have extra motivation. 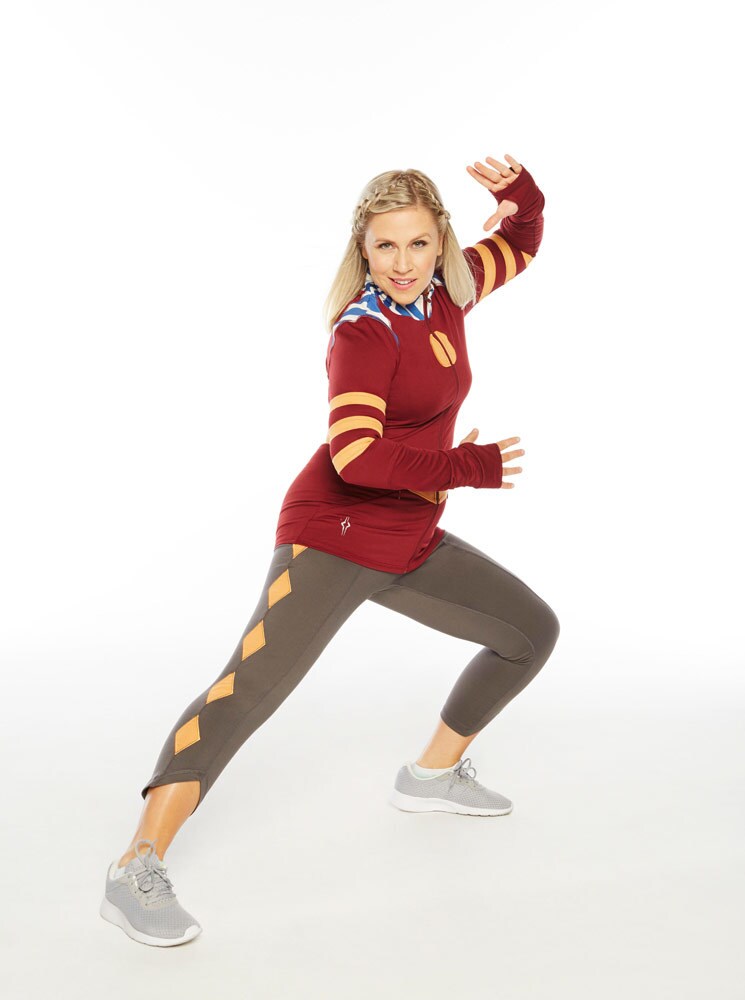 StarWars.com: What can you tell us about your own history as a runner and interest in fitness?

Ashley Eckstein: Growing up, I was always into sports. In middle school, I was on the track team and my race was the mile. Fitness has always been an important part of my life. While I don't consider myself a runner today, the awesome thing about runDisney is that you don't have to be a runner to participate! The runDisney events are so inclusive! It's more about showing up, having fun, being a fan, and promoting a healthy, active lifestyle; and that means something different to everyone. My goal is not to win or have the fastest time, but to just be healthy, and healthy has a different look and feel for every person!

StarWars.com: Will Her Universe have a presence at the runDisney Star Wars Rival Run Weekend?

Ashley Eckstein: YES! We are designing an entire new line that we will launch at the Star Wars Rival Run. Several designs are inspired by the new season of The Clone Wars for both men and women.

StarWars.com: Finally, how does a medal featuring Ahsoka Tano sound to you?

Ashley Eckstein: I would LOVE nothing more than to have a medal featuring Ahsoka Tano around my neck! I collect all things Ahsoka and I don't have an Ahsoka medal yet. The runDisney medals are always so beautiful, and I can't wait to proudly earn and wear my medal!


Sign up for the runDisney Star Wars Rival Run Weekend now at runDisney.com!