The singing inventory droid has quickly become a fan favorite.

AP-5 is a study in contrasts. As a relatively new recruit to the rebel cause, he's self-assured in his abilities, yet sometimes still needs rescuing. His deadpan delivery can come off as snootily superior, yet it's clear he's begging for acceptance. And he's just as likely to decry Chopper as a traitorous grease bucket as he is to risk his sensors as the astromech’s loyal friend.

The utterly tactless inventory droid has quickly become one of our favorite additions to the Rebellion, renowned for his unparalleled organizational skills and ability to deliver a zinger or pithy piece of intel in a cool monotone. Plus, his protocol comes complete with a haughty, know-it-all attitude that makes him seem practically royal.

Let's celebrate the lovable curmudgeon who still needs to learn a thing or two about the art of the humble brag. 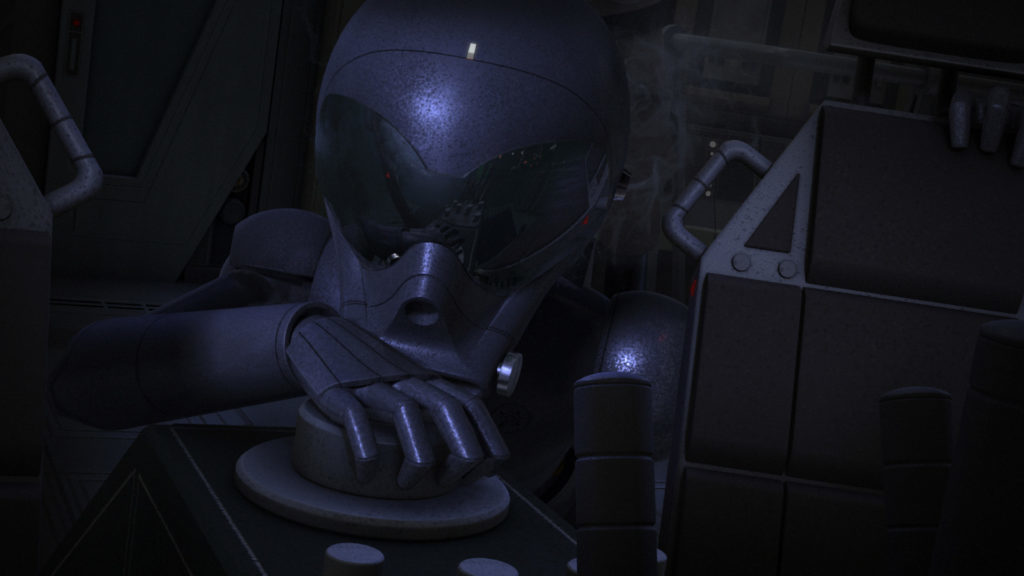 This droid is more than content hanging back from a daring mission to count crates and reorganize  inventory. But before he had even joined the Rebellion, AP-5 courageously stood up to the Imperials to transmit the coordinates that would help the Phoenix fleet safely jump to Atollon and find a home for their base -- and took a debilitating blaster bolt to the thermosensors in the process. Standing up to the Empire was no small feat, especially for a droid who had just discovered his own freewill, sans restraining bolt. His sacrifice marks the start of his understanding that droids can have friends and other lifeforms who care for them, and a chance for him to show off that superior intellect of his. 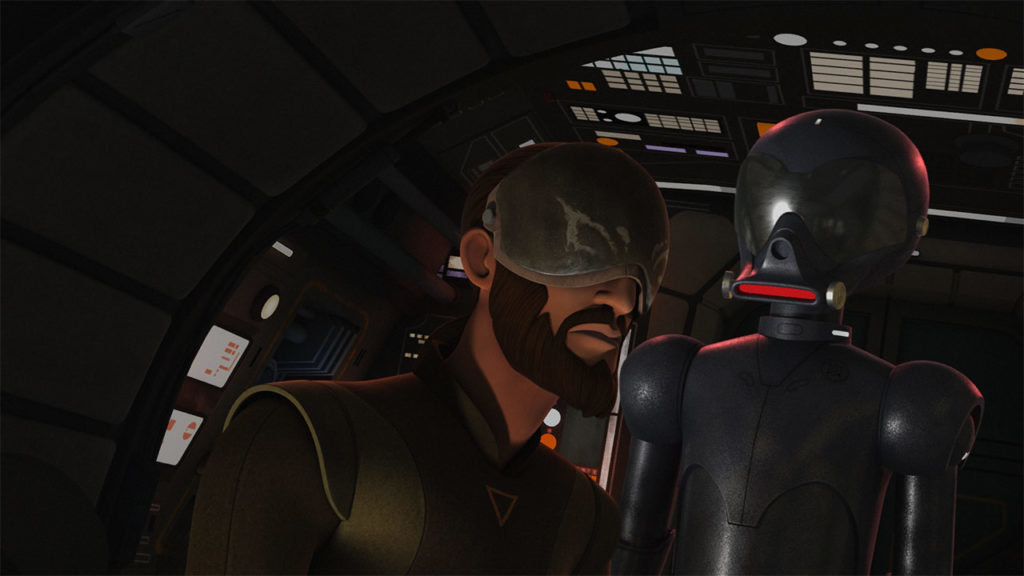 Sure, maybe it comes down to programming, but AP-5 shows off his analytical acumen whenever possible, whether finding a compromise for Ezra and Agent Kallus, hatching a plan with the highest odds of success, or outwitting other droids, be they Imperial drone or his pal Chopper. After all, AP-5 is the first to detect maybe-not-so-subtle clues that Chopper had been taken over by the Empire while playing some serious spy games.

From the start, AP-5 is eager to prove himself as a leader and worthy member of the Phoenix squadron. When the team takes on a mission to salvage an abandoned freighter stuck in an atmospheric storm above Wynkahthu, he calculates a 38.5 percent chance of mission success even though -- as Kanan loudly points out -- it’s his plan! “I have factored that in,” AP-5 retorts. “Without me your chances are almost zero.” And even faced with his own shortcomings, or perhaps a reactivated sentry droid, AP-5 is loath to admit that he may have overlooked a detail. 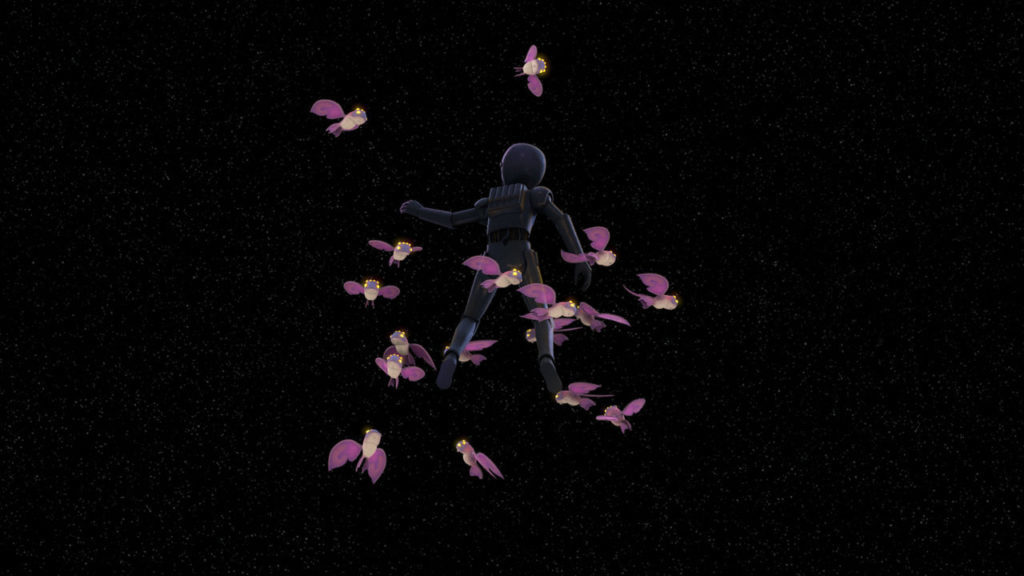 AP-5 seems so serene, floating through space after getting tossed off the Ghost by temporarily-evil Chopper. As he’s embraced by a passing herd of baby neebray, our favorite military analyst-turned-inventory taker breaks into song. Finally, his search for peace and order in the galaxy seems to have been met by drifting alone among the stars. The only thing that could spoil his good mood is...a rescue. Oh. No, no, no...go away! He was so happy! 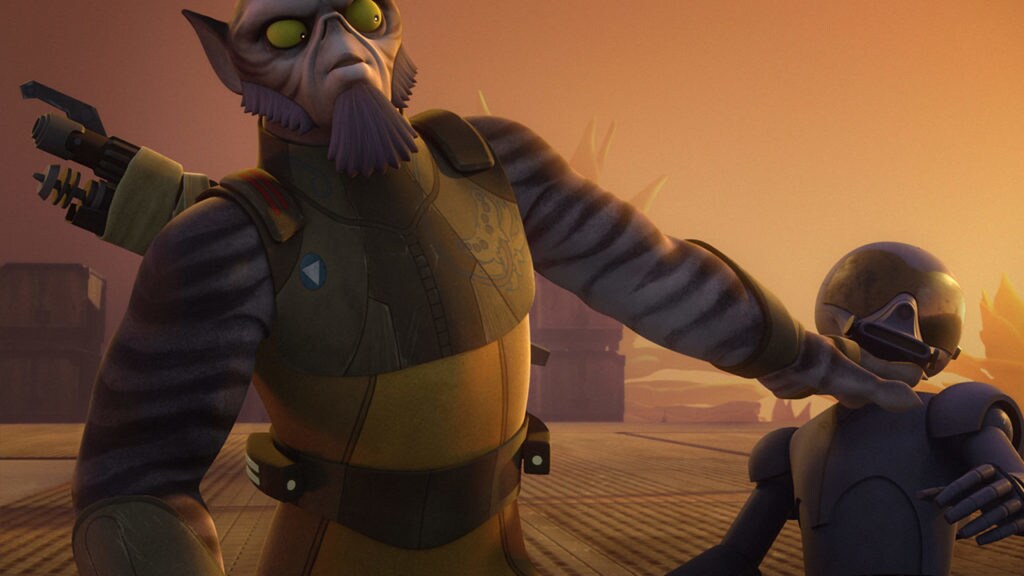 4. He says exactly what comes into his circuits.

It’s unwise to upset a Lasat, but AP-5 obliviously rattles off insult after deadpan insult when Zeb’s left in charge. “I just always assumed you were more of a lift-heavy-things and punch-anything-in-your-way type....you know, a grunt,” AP-5 says, eliciting a groan from the captain that seems to support his assertion. But when he’s not questioning Zeb’s ability to count or recovering from being stunned by his surprisingly good idea, AP-5 can be quite sweet and even Zeb grudgingly recognizes that he may be a lot of things, but bad at his job is not one of them. It's impossible to tell if AP knows he's been programmed with a delightfully sarcastic wit. One word of warning -- his lack of tact extends to a complete absence of self awareness and personal space, so watch out or he’ll follow you right into the refresher. 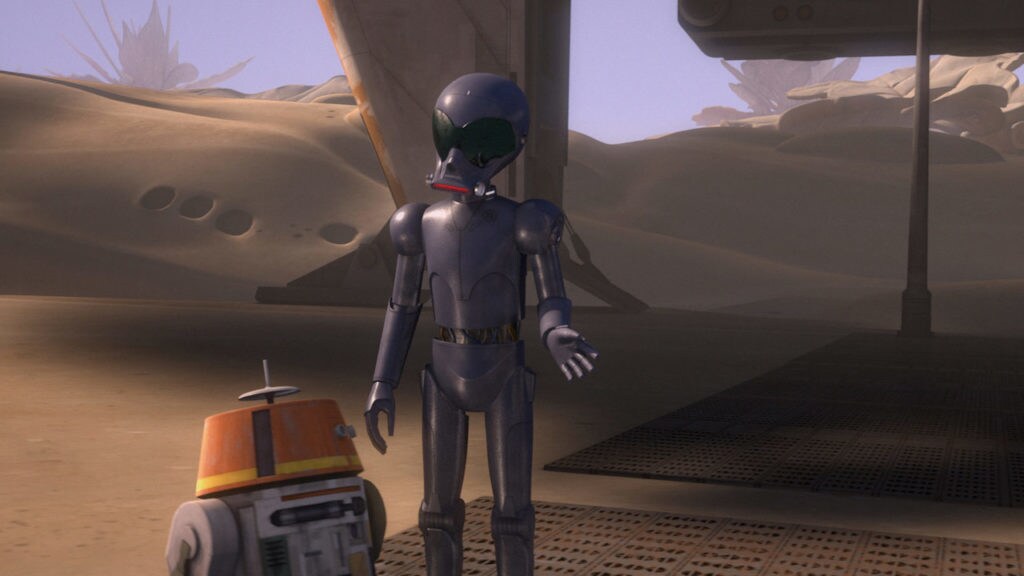 5. He’s still trying to find where he fits.

Perhaps one of AP-5's most relatable quirks is his difficulty finding his place in the universe. After surviving the Clone Wars only to spend years being mistreated at the hands of the Empire, AP-5 is finding it hard to adjust to the unpredictable nature of the rebel cause. Rations in the munition section? Torpedoes with detonators! “Say what you like about the Empire, they were organized,” he muses. When missions put him back on Imperial turf, he can’t help but get a little nostalgic for the pristine hallways and semblance of order. But don’t question his loyalty -- he only speaks Imperial code when required. And as he and Chopper bicker like brothers on a long family road trip, it’s clear that he’s found his home among the rebels.