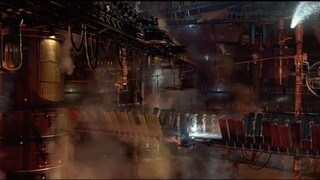 The hives of Geonosis were riddled with underground caverns, some of which had been converted to massive automated factories that turned out battle droids, weapons, vehicles and other products for Count Dooku’s Separatists. Anakin Skywalker and Padmé Amidala found themselves trapped in a Geonosian factory when their mission to rescue Obi-Wan Kenobi went awry. The Jedi and the senator had to battle Geonosian drones and avoid the assembly line’s deadly stampers, cutters and crucibles. Quick thinking by R2-D2 saved Padmé from a fatal dip in molten alloy, but Anakin’s saber was destroyed, leaving him defenseless against Jango Fett. Meanwhile, an industrial accident caused C-3PO to lose his head. 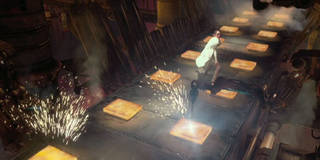