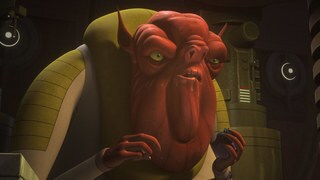 Slovenly and greedy, Azmorigan was a gangster of unknown origin who dealt in the trade of rare, and often illegal, goods and services. His base of operations was his ship, the Merchant One, populated with servant droids and his own henchmen. While feared by many, Azmorigan suffered a major embarrassment when he was double-crossed by Lando Calrissian, resulting in the loss of the crime lord's hard-to-find puffer pig. 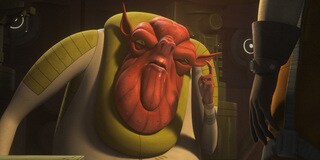 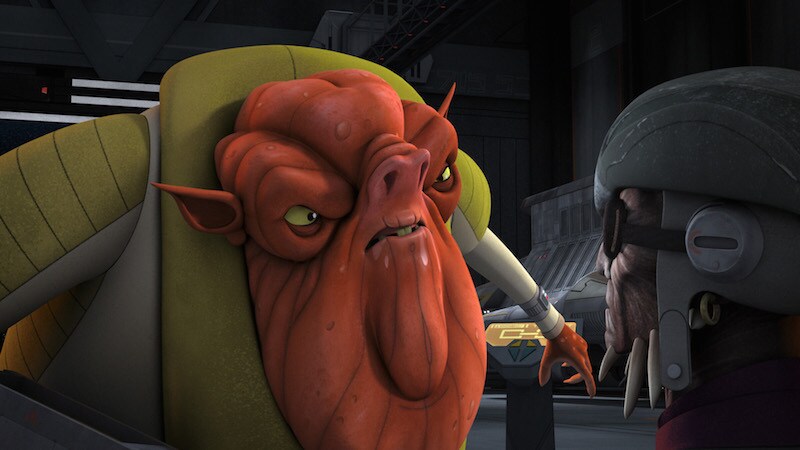 One day, Azmorigan was visited by the old pirate Hondo Ohnaka and a masked companion. Ohnaka was looking to sell power converters, but Azmorigan wasn’t interested. He instead decided to kill Ohnaka and collect the bounty on his head; when he learned that Ohnaka’s partner was the boy he encountered on Lothal, Azmorigan decided to kill him, too. Things didn’t work out as planned, however. Ohnaka, the boy, and their droid defeated Azmorigan’s goons, and made off with his credits. Azmorigan, surprisingly, became partners with Hondo on a heist: along with the Ghost crew, they would steal weapons from an abandoned Imperial ship. After Imperial sentry droids attacked, however, Azmorigan came away with nothing. 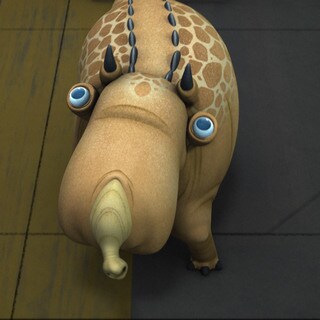