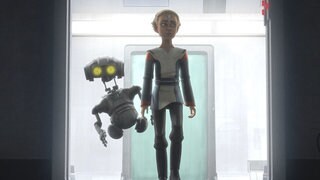 AZI-3, the much shorter form of his full designation of AZ-345211896246498721347, is a specialized medical droid programmed to assess injured clone soldiers and deliver even the most ditressing news to his patients on Kamino. His favorite assignments involve hands-on research.

After clone trooper Tup inexplicably killed a Jedi, AZI-3 evaluated the soldier and advised a complete atomic brain scan to discover what was wrong. His request was denied by the Kaminoans, though Tup’s friend, ARC trooper Fives, convinced the droid to carry on. They discovered a tumor in Tup’s brain and secretly removed it, though the clone did not survive the surgery. The tumor was actually an implanted chip, and its degraded state drove Tup to insanity. AZI-3 and Fives came to realize that this chip was present in all clones -- and the tumors were evidence of a larger conspiracy.

Fives was shaken but determined to find out the truth. AZI-3 continued to assist Fives, even converting forms to a speeder-bike-like mode to aid in his escape from authorities and setting up diversions for the soldier. Finally, Fives asked AZI-3 to remove his chip and, thanks to the droid’s expert ability, he lived. The two parted ways when Fives left for Coruscant, where he found the truth to be a much darker one than he’d imagined. 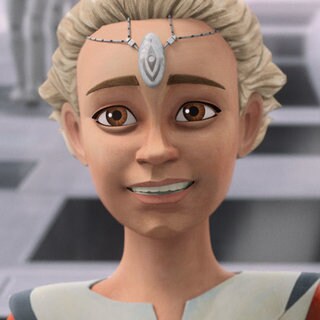