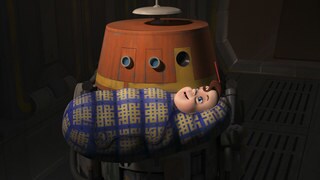 During his reign, the Emperor looked to destroy all opposition to his power. Any Jedi could be a threat to him, so the Inquisitors were tasked with hunting down all Force-sensitive children. Alora, just a baby and strong with the Force, was tracked by the Fifth Brother and Seventh Sister on a civilian ship. The two dark warriors took the baby from her grandmother’s arms, but the Inquisitors would not complete this mission. Ahsoka Tano and the Ghost crew intervened, eventually returning Alora to her family.