How Darth Maul: Son of Dathomir Connects to Solo: A Star Wars Story

Based on unproduced scripts from Star Wars: The Clone Wars, the comic provides fascinating insight into events in the film.

Maul’s search for power brings him far from where he once stood as a Sith apprentice on Coruscant. In Solo: A Star Wars Story, Maul rules the many cruel branches of the Crimson Dawn cartel. Even without the Force, his agent Dryden Vos is a formidable gangster -- and Maul isn’t looking for a Force-sensitive heir. Instead he wants to recruit ruthless criminal strivers like Qi’ra, whose desperation leads her to make her own dark decision.

Between what appeared to be his death in The Phantom Menace and Maul’s reappearance on the big screen in Solo: A Star Wars Story, the scheming Zabrak has had a long history, including a surprising rebirth in Star Wars: The Clone Wars. In the comic series Darth Maul: Son of Dathomir, a story based on unproduced scripts from the animated series, more of his history was revealed.

Once, Maul said “Fear is my ally.” But fear, like a lightsaber, has infinite edges. He finds fear useful when it allows him to manipulate others, but he is also driven by fear in turn. Unable to achieve the goal Sidious manipulated him into desiring, Maul seeks to inflict the fear he feels on everyone else. His story is a cycle of violence broken only by Obi-Wan Kenobi.

In Solo, Qi’ra is trapped by that cycle. Raised by the gangster Lady Proxima, Qi’ra sees the underworld as the only way for her to provide for herself.

What is Crimson Dawn?

In Solo, the Crimson Dawn criminal syndicate is publicly led by kingpin Dryden Vos, but it's later revealed that he answers to Maul. Maul's interests in organized crime date back to when he began gathering vicious allies including the Mandalorian Death Watch and the Black Sun. Another one of Maul’s early alliances with the underworld also raised its head in Solo …

Who are the Pykes?

Even since A New Hope, the mere mention of “the spice mines of Kessel” has created evocative images in the minds of Star Wars fans and storytellers. In Solo, we see the cruel guards and rough conditions of those mines, including enslaved droids trapped in the very position C-3PO so desperately wanted to avoid. The Pykes first appeared on screen in Star Wars: The Clone Wars. In Son of Dathomir, their alliance with Maul crumbles when he fails to pay them, but they move on to more secular and more lucrative pursuits -- until L3-37 and the liberated droids destroy much of their spice mining operation on Kessel. Son of Dathomir shows that the Pykes are mercenary, ruthless, and impatient -- a trait which in Solo means they lose in the short-term while Maul plays the long game from the shadows.

Maul’s invitation to join him on Dathomir is the pivotal choice in Qi’ra’s story. In joining him, she chooses to continue to work within the murderous underworld rather than escape it with Han. She’s also stepping onto a planet steeped in violence. The cycle of violence that formed Maul started when Mother Talzin gave him up to Darth Sidious on Dathomir. Qi’ra will be walking into the very den of the dark side if she goes there.

How did Maul go from lightsaber-wielding warrior to criminal mastermind?

Although striking fear into people takes him a long way, Maul isn’t very good at holding his criminal empire together during Son of Dathomir. His most loyal lieutenant, the Mandalorian Rook Kast, is left to try to negotiate with the Pykes without any bargaining chips. Maul is single-minded in his pursuits and tends to put his clashes with the heavy-hitters of the galaxy first, as he did when trying to defend Mother Talzin from General Grievous.

By the time of the events of Solo, Maul might have learned how to play to his strengths. He’s still consumed by the need for revenge, a tragic weakness that will eventually lead him back to Obi-Wan Kenobi. He has learned that in order to keep his criminal empire running smoothly he needs people around him who can do what Rook could not -- hold on to gang leaders who prioritize themselves before any loyalty to a larger cause.

Money motivates them. Therefore, Maul chooses people like Dryden Vos to be the public face of his endeavors. Vos knows the value of giving the appearance of wealth and of spending his credits wisely. He tempts Qi’ra in just this way, taking advantage of her upbringing in poverty to make the criminal life look glamorous. Maul knows what it’s like to have nothing, but that doesn’t make him sympathetic to people like Qi’ra. Instead, it forges links in a chain of co-dependence that connects Qi’ra to Vos. And Maul has a vested interest in keeping that chain in place. 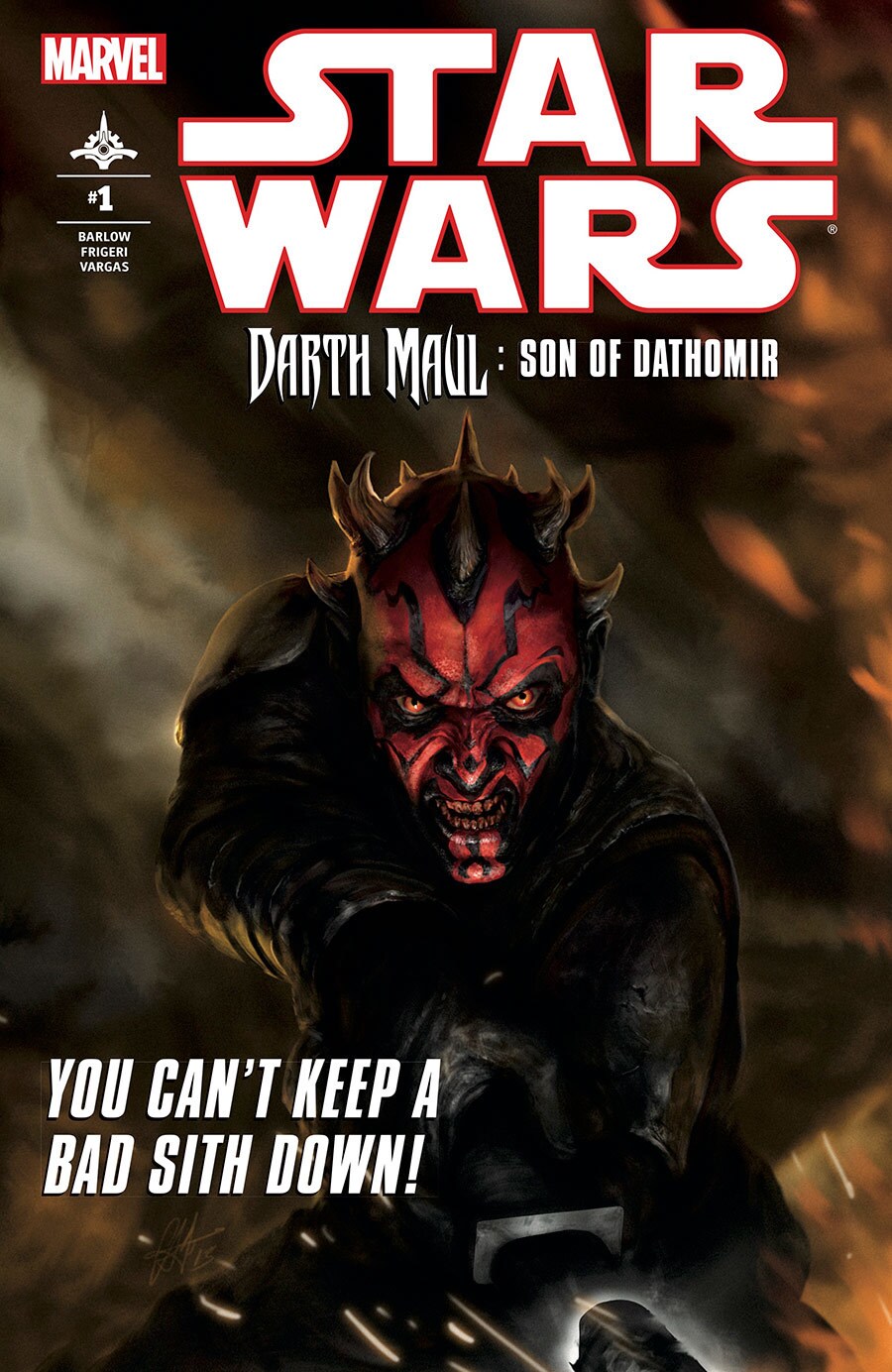 By leveraging the strength and mystique of the Force against the galaxy’s criminal underworld, he changed the game in Solo and allowed crime lords like Dryden Vos to thrive. But Son of Dathomir shows how Maul learned to hold a criminal empire together, why his first endeavor failed, and what he learned from it.